In this briefing we discuss the Supreme Court's judgment on Tuesday 24 January 2017, which upheld the High Court's ruling requiring an Act of Parliament to trigger Article 50 of the Treaty of the European Union (TEU, the Lisbon Treaty), the mechanism which starts the two year period for negotiating the UK's exit from the EU.

The appeal focused on the question before the High Court, namely "whether, as a matter of the constitutional law of the United Kingdom, the Crown, acting through the government of the day, is entitled to use its prerogative powers to give notice under Article 50 for the United Kingdom to cease to be a member of the European Union."

The High Court's previous judgment was unequivocal. It held that: "... the Secretary of State does not have power under the Crown's prerogative to give notice pursuant to Article 50 of the TEU for the United Kingdom to withdraw from the European Union."

As expected, the government lost its appeal before the Supreme Court, which by a majority of eight to three, upheld the High Court's decision that the government does not have power to alter UK domestic law without an Act of Parliament, and cannot therefore press ahead with invoking Article 50 without Parliament's authority. It should not go unnoticed that for the first time an appeal was heard by all 11 of the Supreme Court's permanent justices. This underlines, if it was needed, the importance of the question.

The Supreme Court also noted that, although the devolution Acts were passed on the basis that the UK would be a member of the EU, they do not require it to remain a member. Therefore, the Supreme Court unanimously held that the government is not required to consult with the devolved Assemblies of Scotland, Wales and Northern Ireland, and further that they do not have a right of veto on the decision to withdraw from the EU.

Where are we now?

It has long been expected that the Article 50 notice would be given in March 2017. Despite the Supreme Court judgment requiring the need for the Bill triggering Article 50 to be debated in both Houses of Parliament, we do not think it likely that this will delay the original timetable. This is because the government is likely to fast track the process, Parliament is unlikely to impede the result of the referendum, even in the Lords where the government does not have a working majority, and it is not expected that either House will oppose the Bill, which is likely to be short, or wish to be seen to delay the process.

Following the judgment, the Scottish National Party and the Labour party have already confirmed that they will seek to amend the Bill, and we expect to see this result in a provision for Parliament to play a greater role than initially expected by the government.

In summary, we are still likely to see Brexit being triggered this Spring, though the process beforehand is likely to see Parliament having an increased role, which may impact upon the nature of the negotiations and ultimately the final form of the legislation. The Prime Minister has already indicated that the final proposed agreement will be subject to the approval of Parliament.

Finally, an immediate constitutional crisis has also been avoided by no reference being made to the European Court of Justice, which could have significantly delayed triggering the Article 50 notice, and by no consultation being required with the devolved Assemblies.

We offer a Brexit contracts review and training session, please see further details on Our Clear Thinking Around Brexit brochure. You can find further information on Brexit and the impact upon your business at our dedicated web page: http://www.hfw.com/Brexit, alternatively please contact our Brexit Steering Group on brexit@hfw.com.

If you would like to discuss the consequences of Brexit on your business or organisation in more detail, please contact those listed below, or your usual contact within HFW. 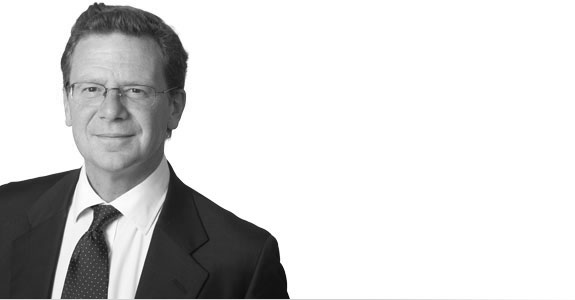