In this issue: Regulation and legislation; Court cases and arbitration; Market developments; HFW publications and events

In our September Edition 3 Bulletin1, we reported on a letter from the House of Commons Treasury Committee2 regarding their concerns about the impact of Brexit on insurance contracts whose duration extends beyond the proposed date for the UK’s withdrawal from the European Union. The concern is that, following Brexit, servicing insurance contracts sold before Brexit pursuant to reciprocal passporting rights within the EU will become illegal.

The Chancellor of the Exchequer, Philip Hammond, responded on 21 September 2017. His response, which was published on 11 October, will be unlikely to give the insurance industry or holders of affected policies much comfort. Mr Hammond admitted that the Government recognises that the withdrawal from the European Union could create legal uncertainty as to the status of existing cross-border insurance contracts.

Mr Hammond goes on to say that the Government is “ambitious in [its] aim to secure a bespoke and reciprocal arrangement that preserves the greatest possible market openness” as part of the Brexit negotiations, and that such ambition includes “the agreement of supervisory arrangements that are symmetrical, reciprocal and reliable”, without giving an indication of what such arrangements might look like.

He finishes by saying that, whatever the ultimate outcome of negotiations, the Government would be seeking to agree an interim period to allow businesses to transition to the new arrangements, and to avoid a “cliff-edge”.

As with much of the Brexit process, the position is replete with uncertainty, and insurers will no doubt continue to seek their own solutions in the event that the Government does not achieve its stated aims.

The full text of the letter can be found here.

As we have previously reported1 UK data protection laws will be strengthened in favour of consumers under the new Data Protection Bill, which implements the EU General Data Protection Regulation (GDPR).

The regulations shift the burden onto the data controller to demonstrate why its processing of data should be allowed to continue. This has ramifications for various companies including those operating in the insurance industry in relation to the capture, use, storage and security of personal information. In particular, insurers may face considerable difficulties in respect of historical data “warehouses” used in sophisticated modelling tools.

The head of policy at Privitar, a privacy engineering firm commented “it’s much harder for organisations to ignore a ‘right to be forgotten’ request or an objection to processing on the basis of legitimate interest”.

Under the GDPR, it is a mandatory requirement for organisations who process personal data and monitor individuals on a large scale to have an independent, in-house Data Protection Officer (DPO) who cannot be instructed on how to carry out their tasks and must report to the top levels of management. The DPO is afforded new “protected status” whereby he/she cannot be dismissed or penalised for performing his/her responsibilities.

In addition, the UK’s Information Commissioner’s Office may now impose increased fines of up to £17 million or 4% of global turnover for serious breaches of data protection.

The new Data Protection Bill will come into force in May 2018.

For further detail, please see the HFW Briefing “All Change – Are you ready for the EU General Data Protection Regulation?”2

England and Wales: A tangled web – difficulties of demonstrating reinsurance arrangements after many years

Six weeks before trial, the insurer sought to amend its particulars of claim to allege that the defendant had written 100% of the risks under a 1984/5 facility which had been retroceded to a 1984/5 pool. In 1998 the defendant had agreed that the alleged reinsurance contracts could be transferred to that facility.

The defendant argued that this introduced a new claim which was in fact time barred, did not arise out of the pleaded facts and would put the trial date in jeopardy. The claimant denied this despite having used the wording “Further or alternatively...” to introduce the amendment. It submitted that it was simply adding further factual matters in support of its case that the court should infer that defendant was liable under the four separate facultative reinsurance contracts.

The court did not give permission for the amendment on the basis that on the claimant’s own case it was unnecessary and it might prejudice the defendant in having to meet a new case so close to trial. The claimant would however be able to rely on the documents identified in the proposed amendment in support of its primary case.

This case illustrates the difficulty in the run-off sphere of evidencing reinsurance arrangements many years after they were made. With today’s electronic records, it is easier to trace the reinsurance and retrocession position, but with older contracts this issue still arises more often than insurers would like.

The LMA has this week released the new Joint Excess Loss Committee wordings which replace CL400, following a lengthy project of consultation and drafting. The revised clauses will be available for use with effect from 1 January 2018 and will be published on the Joint Excess Loss Committee page of the Lloyd’s Market Association website and in the Lloyd’s Wordings Repository.

We are delighted to announce our rankings in the new edition of the Legal 500:

Congratulations to Alison Proctor and Edward Rushton who were named as “Next Generation Lawyers”.

Partner Richard Spiller has been at the ILS Convergence in Bermuda on 18 and 19 October. 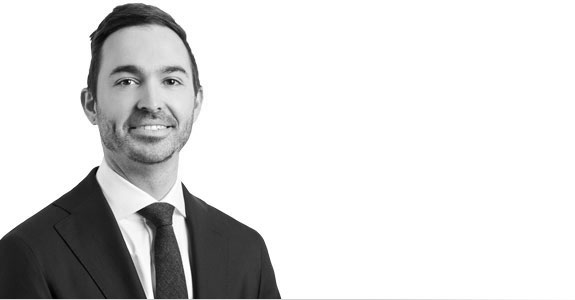