In this edition: One Arbitration for Multiple Contracts: An Overlooked Tool?; Can You Limit Liability for Deliberate Breach?; Maintaining Momentum when the Money Stops; Hong Kong to Introduce SOP Provisions in Government Contracts; Upcoming Events and News

One Arbitration for Multiple Contracts: An Overlooked Tool?

Many projects involve multiple parties with multiple contracts. Parties may agree to an umbrella dispute resolution clause to enable a “one stop shop” or at least promote a more time and cost effective regime to resolve disputes. However, it is more common that each contract contains its own dispute resolution clause, which may refer disputes to expert determination, arbitration or the courts.

Arbitral institutions have sought to provide a more efficient and effective mechanism to resolve disputes involving multiple parties and/or multiple contracts. Joinder and consolidation provisions are now prevalent in all major arbitral rules.

Another tool now commonly available, but perhaps not often used, allows a claimant to commence one arbitration for claims under multiple contracts. For example, the claimant may bring multiple claims against one respondent under separate contracts which contain the same or similar arbitration agreements. Other cases may be more complex or difficult to address, especially where there are different parties as well as different contracts.

The ICC was the first arbitral institution to introduce this mechanism in 2012, followed by SIAC in 2016 and the HKIAC in 2018. More recently, the LCIA in 2020 and ACICA in 2021 have both introduced new provisions allowing for multi-contract arbitrations and expanded their provisions relating to consolidation or concurrent hearings.

It is worthwhile considering when commencing an arbitration involving multiple parties and/or multiple contracts, whether there are any costs and time benefits to commencing one arbitration rather than later applying for consolidation of two or more arbitrations.

Can You Limit Liability for Deliberate Breach?

In short, yes. However, there is conflicting authority on whether special rules of interpretation apply to clauses seeking to exclude or limit liability for deliberate breach. The recent case of Mott MacDonald Ltd v Trant Engineering Ltd1 has provided helpful guidance on the interpretation of these clauses.

The Claimant provided engineering consultancy services to the Defendant in connection with a project for the Ministry of Defence to construct a new power station on the Falkland Islands.

The Contract between the Parties contained clauses generally limiting the Claimant’s liability to the Defendant up to a capped amount in the event of a breach (the ‘Limitation Clauses’).

The Defendant claimed that the Claimant “deliberately, and wilfully breached its obligations” and should therefore be unable to rely on the Limitation Clauses. The Defendant argued that there is a legal presumption against clauses precluding liability for a deliberate breach of contract that could only be rebutted by strong language, which the Limitation Clauses did not contain.

Conversely, the Claimant argued that the Limitation Clauses should be construed in accordance with normal principles of contractual interpretation. Given the Contract contained general wording capping liability, the Claimant argued the Parties intended to exclude any liability above that cap and that it should be able to rely on the Limitation Clauses no matter what type of breach occurred.

The Claimant applied for summary judgment on the issue of whether a deliberate breach fell within the scope of the Limitation Clauses. This case demonstrates the utility of summary judgments as a procedural tool for litigants to limit the scope of disputes and pressurise opponents at an early stage.

Judge Eyre determined that the starting point to interpreting limitation clauses comes from a House of Lords decision,2 which found that such clauses should be read using the general of rules contractual interpretation. Judge Eyre therefore decided that the Limitation Clauses in the Contract did apply to deliberate breaches, as the clause was sufficiently clear to cover any breach whether deliberate or otherwise.

There is still some debate around this issue, but the current trend appears to be that clauses limiting or excluding liability should be interpreted using the general rules of contract interpretation. Interestingly, English law takes a different position from some other jurisdictions.3

Take care when agreeing exclusions or limitations on liability; in this case, the Claimant’s liability was limited to the cap in the Contract, which was about 10% of the losses allegedly suffered by the Defendant.

Maintaining Momentum when the Money Stops

A common and problematic issue in contracting in the Middle East is the failure of a main contractor to pay its subcontractors due to cash flow issues or worse, due to bankruptcy or liquidation of the main contractor.

When payment by the main contractor stops, the impact is felt throughout the contractual chain. It delays the completion of the project, potentially setting the employer up for considerable economic loss, and it puts subcontractors under onerous financial pressure, leaving them without payment for completed subcontract works.

One particular French Civil Code principle, under which subcontracted labourers are entitled to claim payment directly from employers, can be perceived in the civil codes of Bahrain, Qatar and Kuwait which confer the same right on labourers and extend such right even further by conferring it on subcontractors, also.

For example, Article 702 of the Qatar Civil Code provides:

For example, Article 891 of the UAE Civil Code provides:

“The subcontractor may not have a claim against the master, as regards the dues of the first contractor, unless the latter refers him to the master”.

Assignment of the Right to Payment

It is unusual to find provision for such assignments within subcontracts in UAE and Oman, and even where such provision does exist in a subcontract, it is unlikely to be expressed with sufficient clarity to effect a valid transfer to the subcontractor of a right to direct payment from the employer.

In a case considering the validity of a purported assignment of a right to payment, the UAE Federal Supreme Court held that a high level of certainty was required to effect a valid assignment. In this particular case, the court deemed that the purported assignment lacked sufficient certainty as it did not expressly particularise the status of the relevant works, the specific amounts due from the main contractor or the name of the employer against whom the assigned right was to be claimed.2

Similarly in a Dubai Court of Cassation case3 relating to the assignment of a debt, the court held that in order for the assignment to be valid, the requirements of Article 1113 of the UAE Civil Code, which require that the scope of the transferred right and fixed debt be certain and identifiable, must be met.

Increasingly, in circumstances where the main contractor is still present on site and willing to continue management of the subcontracting teams, our team is encountering employers who are proposing to make direct payments to subcontractors. Employers tend to suggest such direct payment as a practical solution to maintain progress and get projects “over the line” where the subcontract works are critical to the timely completion of a project or where a particular subcontractor is providing specialist equipment that is critical to a project, and the employer wants to ensure such specialist works are completed.

However, employers wishing to pursue this course of action must be aware that by doing so, they potentially expose themselves to greater liability and a heightened risk of claims from the subcontractor, which risks would normally be borne by the main contractor.

Accordingly, employers wishing to make such direct payments to subcontractors are strongly advised to seek legal advice first and to formalise such arrangements legally by entering into tri-partite agreements (drafted by their lawyers) with the respective subcontractors and the main contractor.

Under such direct payment agreements, the employer should consider including provisions to ensure that its liability to the subcontractor is limited solely to payments due for completed subcontract work, in order to avoid exposure to liability for any other direct claims from the subcontractor, such as claims for extension of time and/or disruption and associated costs.

In conclusion, on projects where all parties within the contractual chain maintain good and open communication, it is usually possible for the parties to find alternative payment mechanisms to maintain project cash flow and keep the works progressing, when the main contractor suffers financial difficulty.

However, such measures represent variations to the contracts between the various parties and also impact the allocation of risk in such contracts. Accordingly, parties are advised to record such measures and confirm associated acceptances or exclusions of liability, in formal agreements, which have been reviewed before execution by the parties’ legal and commercial advisors, to ensure that the parties are fully aware of the impacts of such new measures upon their commercial and legal risk profile.

Hong Kong has taken the first substantive step towards introducing security of payment (“SOP”) measures, however the planned legislative scheme will be introduced as additional contract clauses in certain categories of Government contracts, as a pilot scheme, rather than via legislation.

Various common law jurisdictions already have similar legislation in place, with an aim to improve the efficiency and sustainability of the construction ecosphere. It is achieved partly by providing the aggrieved party with statutory rights to payment and by facilitating statutory dispute resolution through a quasi-judicial process (adjudication). Based on experience in other jurisdictions, the measures should reduce the disruption to working capital within the supply chain when disputes arise and address the inherent problem of insufficient cash flow on construction projects.

These are important changes that all international and domestic contractors should be aware of when tendering for new public works contracts in Hong Kong, effective from the second half of 2021.

Deployment of the new SOP provisions is currently limited to public works contracts issued by the Government and will not apply to contracts with statutory bodies or government-owned entities. There will be some uncertainty surrounding the effect of the new contractual scheme on EOT claims since the official circular published by the government authorises adjudicators to make binding decisions on cost claims and non-binding decisions on EOT claims, yet EOT claims are not addressed in the SOP provisions.

Key Elements of the New SOP Provisions include:

The new SOP provisions in public works contracts are intended to allow the industry to experience and familiarise themselves with the new regime before full enactment of the legislation. Although the new provisions do not apply to every construction project at present, industry participants should start evaluating and understanding the commercial effect of the provisions for projects in Hong Kong in the near future.

We have boosted our global construction international arbitration practice with the hire of partner Jo Delaney. Jo is an internationally-recognised disputes expert – ranked in Band 1 in legal directory Chambers – with significant experience in commercial, construction and investment treaty arbitrations and joins our Sydney office. 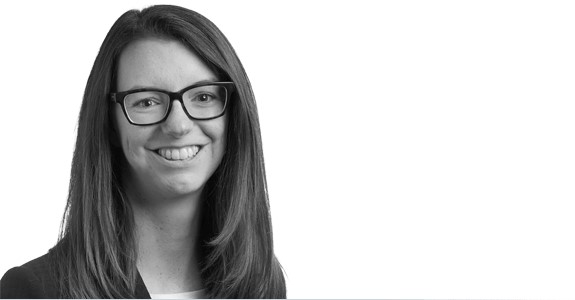 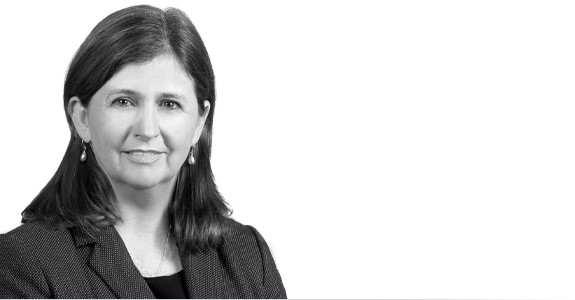 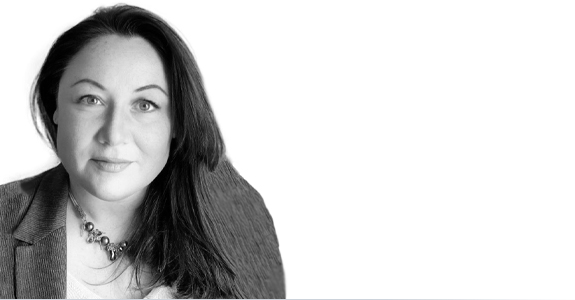 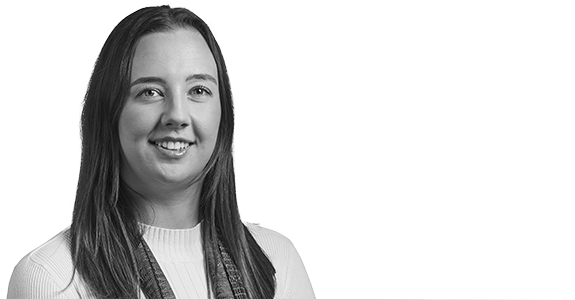 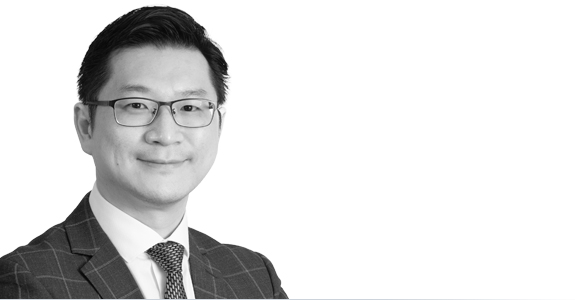