The recent decision of the English Court of Appeal in Zuberi v Lexlaw [2021]1 will make the use of Damages Based Agreements (DBAs) more attractive and is therefore likely to widen the scope of funding and financing available to parties in English litigation.

The judgment held that termination provisions in a DBA, under which a solicitor recover its fees if its client terminates the DBA shortly before concluding a settlement, will not amount to a breach of the DBA Regulations 20132. This is important as it overcomes a major issue with DBAs, namely the possibility of clients terminating the DBA shortly before finalising a settlement agreement, claiming it unenforceable, and consequently avoiding paying their legal fees, as was the case in Zuberi v Lexlaw.

What is a DBA?

A DBA is a litigation risk sharing “no win no fee” agreement between a client and its lawyer, under the terms of which the lawyer’s payment (agreed fee, VAT, and certain disbursements) is contingent on the success of the case (as defined in the agreement).

DBAs are available to claimants but not to defendants, unless pursing a counterclaim.

Under the terms of a DBA, the client is not liable to pay its lawyer anything other than the payment3, which is assessed as a percentage of the damages received by the client from its opponents and is subject to a 50% cap in civil litigation cases4, 35% in employment disputes, and 25% in clinical negligence and personal injury cases.

The “no win no fee”, also known as “non-recourse”, which means that if the case is not successful (as defined in the DBA), the client is not required to compensate its legal representative. However, it may be liable for the costs of its opponent, and after the event (ATE) insurance should therefore be considered to mitigate this risk.

Failure to comply with the requirements of the DBA Regulations 2013 renders a DBA unenforceable. In which case, the client will not have to pay its lawyer under the DBA, and will not be entitled to a costs recovery from opponents, as under the indemnity principle a party cannot recover more from its opponent than it would be liable to pay its lawyer.

As drafted, the DBA Regulations 2013 do not permit partial DBAs, that is does not enable them to include a reduced hourly rate, payable regardless of the outcome of the matter, but with the benefit of a contingency fee in the event of success.. This resulted in them being considered less attractive.

In Zuberi v Lexlaw the Court of Appeal looked at whether the inclusion of a clause providing for payment on termination made the DBA unenforceable.

A short history of DBAs

DBAs were brought into being in 2010 for employment matters. Subsequently, the Legal Aid, Sentencing and Punishment of Offenders Act 2012 (LASPO 2012) introduced the DBA Regulations 2013 enabling DBAs to be used in civil litigation as well as employment cases. This briefing is only concerned with the use of DBAs in civil litigation.

The drafting of the DBA Regulations 2013 has been widely criticised and resulted in a lower take up of the financing mechanism than had been intended. Following a review of DBAs by the Civil Justice Council, led by Professor Rachael Mulheron of QMUL, a Report was published in 2015, which included a number of recommendations.5 Subsequently, the Ministry of Justice, in a review led by Professor Mulheron and Nicholas Bacon QC, reviewed DBAs and in its 2019 Report6 noted that greater clarity and certainty was needed, particularly over the adoption of partial or hybrid DBAs (which it appeared to endorse) and the consequence of termination provision on the enforceability of DBAs. However, to date, the recommendations have not been adopted by the government.

What happened in this case?

The case of Zuberi v Lexlaw stems from a 2012 claim for mis-selling derivative products by certain banks, including the Appellant’s (Ms Zuberi), bank.

The Appellant, and the Respondent (her then lawyer, Lexlaw), entered into a DBA, as a way of financing the costs of her claim against her bank. The DBA expressly provided that the Appellant could terminate the agreement at any time. If she did so however, she would then be liable to pay her lawyer’s costs and expenses incurred up to the date of the termination.

The Appellant gave notice of termination in 2015, and shortly thereafter settled her claim with the bank. Her lawyer issued its invoice, which the Appellant did not pay, arguing that her termination of the DBA ended any liability she had to the lawyer. This invoice was the object of the underlying claim in the appeal.

At the first instance hearing in the High Court, HHJ Parfitt heard the point as part of a preliminary issue, and held that the DBA was not unenforceable, and that to adopt the argument put forward by the defendant would be contrary to what the legislation was trying to achieve in respect of DBAs.

The Court of Appeal judgment:

In rejecting the appeal, the Court of Appeal held that including a clause in a DBA, enabling the lawyer to recover its fees if its client terminated the DBA shortly before concluding a settlement, would not invalidate the DBA.

The Lord Justices of Appeal reached the same verdict, but via different reasoning (including to that of the court of first instance):

What does this judgment mean for the future of funding and financing?

It was hoped that the introduction of DBAs (and CFAs) would offer greater access to justice. However it is widely accepted by practitioners and the judiciary alike that the drafting of the DBA Regulations 2013 resulted in a lack of clarity leading to a reluctance by most lawyers to engage with them for fear of clients terminating at the last minute and claiming that the DBA was unenforceable; consequently reducing the financing options available to clients.

In view of the lack of legislative progress, it is expected that the Court of Appeal’s judgment, confirming that a termination provision will not be counter to the DBA Regulations 2013, and will not therefore result in the DBA being unenforceable, will assist in encouraging their use.

Given the anticipated commentary around this judgment and the resulting interest in DBAs, it is hoped that we will see the DBA Working Group’s recommendations now being taken forward, and lead to reforms that will create workable DBAs, offering clients greater options when considering how best to finance their litigation.

Choosing the best option for funding or financing your dispute is highly complex and strategic.  Funding Committee7 is made up of Disputes lawyers with funding and financing experience from across our network, all of whom would be happy to discuss with you how best you might finance your matter.

For further information about this judgment, or DBAs/funding or financing please email your usual HFW contact, or the  HFW Funding Committee. 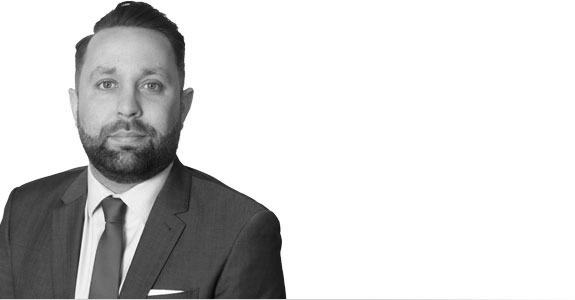