Navigating the competing interests of shareholders and creditors following Sequana: A guide for directors and insolvency practitioners

The much-anticipated UK Supreme Court decision in BTI 2014 LLC v Sequana SA & Ors1 was finally released, giving clarity to directors and insolvency practitioners about the existence, scope and engagement of the so-called “creditor duty”2. A relatively recent development in English law3, the creditor duty is in fact really a dormant creature of the existing directors’ fiduciary duties that awakens in an insolvency, or near insolvency, context.

The court ruled that:

In May 2009, the directors of Arjo Wiggins Appleton Limited (AWA), paid a dividend to its sole shareholder, Sequana, of nearly all its net assets of €135 million. This was lawful in accordance with Part 23 of the Act as at the time AWA was solvent on a cash flow and balance sheet basis.

AWA however had a major contingent pollution-related environmental liability of an uncertain amount that gave rise to a real risk that AWA may become insolvent in the future, even if it was not imminent at the time.

An insurance policy was obtained to cover this contingent liability which turned out to be insufficient to cover the liability in full.

BTI 2014 LLC (BTI), an assignee of AWA’s claims, brought a claim against AWA’s directors for an amount equivalent to the dividend payment on the basis that their decision to distribute the dividend was in breach of their common law duty to act in the interests of the company’s creditors.

BTI lost at first instance and also on appeal to the Court of Appeal. It then appealed to the Supreme Court, whose judgment is the subject of this briefing.

Is there a creditor duty?

Whilst the Supreme Court disagreed as to whether it constituted a duty in its own right, it was unanimous in finding that, in certain circumstances, company directors do need to consider the interests of creditors.

In such circumstances, the directors must manage the company’s affairs in a way that takes creditors’ interests into account, balanced against the interests of the other stakeholders, and seek to avoid prejudicing them. The creditor duty is not a separate or free-standing duty that is owed to the creditors, but rather, an aspect of the director’s duty to the company. The directors owe their duties to the company, rather than directly to shareholders or creditors. Directors are thus not required to consider the interests of particular creditors in a special position but rather, to consider interests of creditors as a whole. The judgment recognises that the rationale of limited liability is “to encourage risk taking as an essential part of commercial enterprise”. Creditors do not have a quasi-proprietary interest in the assets of the company.

Is a creditor duty applicable to decisions to distribute otherwise lawful dividends?

Yes, however there was no breach of duty found in Sequana as AWA was not insolvent or bordering on insolvency at the time that the dividends were paid. Part 23 of the Act is subject to any rule of law to the contrary.7 Part 23 identifies profits available for distribution on a balance sheet basis so the directors of a company which is cash flow insolvent cannot lawfully distribute a dividend pursuant to Part 23. The decision to pay dividends that are lawful under Part 23 may therefore still be taken in breach of the creditor duty.

What is the scope of the creditor duty?

Certain circumstances may require shareholders’ interests to be treated as subordinate to those of creditors – this is a fact-sensitive question as it is subject to the state of the company, the underlying commercial decision to be made by the directors and how this may influence other stakeholders in the case of insolvency. In the event that insolvency is inevitable, the creditors’ interests will become paramount as the shareholders cease to retain any valuable interest in the company.

The courts established in West Mercia that directors must not only take the interest of the creditors into account, but they must also ensure they do not take any steps to harm their interests. Progress towards insolvency may not be linear and the directors should stay informed of the company’s financial position.

When does the creditor duty arise?

The creditor duty arises when the directors know, or ought to know, that the company is insolvent or bordering on insolvency, or that an insolvent liquidation or administration is probable. However, the judgment leaves open the question of what directors should know or ought to know in the event of a prospective insolvency.

The Supreme Court judgment confirms that either “imminent insolvency (i.e. an insolvency which directors know or ought to know is going to happen) or the probability of an insolvent liquidation about which the directors know or ought to know, are sufficient triggers for the engagement of the creditor duty.” The “bare probability of insolvency” does not, of itself, make a liquidation probable.

What it means for directors and insolvency practitioners

Directors and insolvency practitioners can be certain that a creditor duty does indeed exist.

The real question is when is that duty triggered and to what extent. The Supreme Court has made it clear that the creditor duty is not enlivened simply because there is a ‘real and not remote risk of insolvency’ but rather where the company’s insolvency is ‘imminent’ or its insolvent liquidation or administration becomes ‘probable’. Understandably, this may all be cold comfort particularly for directors navigating such considerations and trying to understand the practical implications of such nuanced distinctions. An unenviable task not made any easier by the fact that the court was not unanimous in deciding whether the directors’ knowledge as to insolvency was necessary (with Reed and Ardern LJJ not deciding the question at all). Nevertheless, the majority held that it is essential that directors “know, or ought to know, that the company is insolvent or bordering on insolvency, or that an insolvent liquidation or administration is probable” for the creditor duty to arise. Being a highly fact-dependent question, only the development of future case law will fully reveal how it applies in practice.

Until then, directors, as well as the insolvency practitioners investigating them in the event of subsequent administration or liquidation, need to bear the creditor duty in mind by reference to all the facts available at the time a decision is made, or a transaction entered into, by the company. Where precisely directors stand on the colliding plates of competing interests between shareholders and creditors is notoriously difficult to determine, particularly in the moment.

For directors, staying fully informed as to the financial health of the company and seeking professional advice is key, especially when a company is experiencing difficulties. For insolvency practitioners, investigating the objective facts and subjective state of mind of directors will be important in establishing whether such a duty arose, and if so, whether it was breached.

On a positive note, this judgment confirms the UK’s highest court’s commercial attitude towards investment in limited liability enterprises. The creditor duty will not be engaged merely because there is a ‘real and not remote risk’ or ‘likelihood’ of insolvency. The court recognises that creditors generally give credit in the knowledge they are running a risk and can seek to protect themselves against the risk of a company’s insolvency. Whether they do and to what extent is a matter of commercial judgment and negotiation. Creditors are ultimately, “the guardians of their own interests vis-à-vis the company [and] it would be paradoxical if there were widely drawn circumstances in which they had the benefit of unlimited liability as regards the company’s directors, with whom they have no direct legal relationship.”8 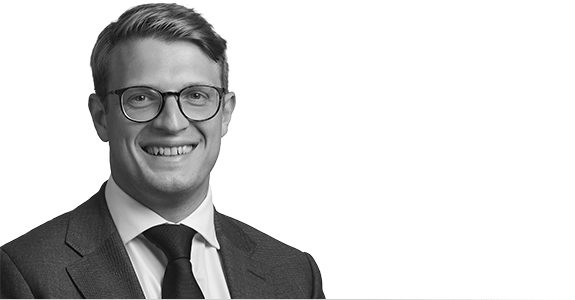