Global, sector focused law firm HFW has continued to expand its fast-growing Australian business with the hire of a disputes team in Perth led by senior partner Paul D Evans – one of Australia's leading commercial litigators and the former State Solicitor for Western Australia.

Paul, Peter and Monika join HFW from elite US law firm Quinn Emanuel Urquhart & Sullivan, where Paul was the founding partner of its Perth office, while Elise is a Professor of Private Law and Commercial Regulation at The University of Western Australia and a Professorial Fellow at The University of Melbourne, having previously worked alongside Paul in private practice.

The firm has more than 100 lawyers – including 23 partners – across its offices in Melbourne, Perth and Sydney, and more than 350 specialist disputes lawyers throughout its offices in the Americas, Europe, the Middle East and Asia-Pacific.

"The development of our Perth office and disputes offering are key elements of our growth strategy in Australia. Paul is widely recognised as being one of Australia's leading litigators and brings a wealth of experience in commercial disputes, as well as in energy & resources and construction, which are a core industry sectors for HFW globally. HFW has expanded significantly in Australia over the last 12 months, and we will continue to actively pursue opportunities across our industry sectors and complementary service areas to implement our ambitious growth plans."

Paul has more than 35 years' experience handling complex commercial litigation, with a focus on disputes relating to corporate governance, transactions and takeovers, and competition and economic law, and previously spent almost 25 years as a partner at Freehills (now Herbert Smith Freehills). He also advises clients on disputes in the energy & resources sector, including large oil and gas construction litigation, and pricing arbitrations.

Paul spent more than five years as State Solicitor for Western Australia, where he led a team of more than 200 and was responsible for some of the State's most significant civil and regulatory matters, including key aspects of the Bell Litigation – one of Australia’s most complex and longest-running commercial disputes.

He is an Adjunct Professor with Murdoch School of Law, and has held board positions on several listed companies.

Peter specialises in international arbitration, and also has significant experience litigating in the mining, energy and industrial industries, and regulatory matters. Peter is a member of the ACICA45 steering committee and regularly speaks on arbitration matters. Peter started his career with Paul at Freehills and then spent nearly four years in London in the litigation team of Slaughter and May, before returning to Perth to re-join Paul, this time at Quinn Emanuel.

Monika advises clients on complex commercial litigation and insolvency disputes, with a particular focus on the energy and resources, and banking and finance sectors. She has appeared in the Federal Court of Australia and the Supreme Court of Western Australia. Monika also worked with Paul at Freehills, before working on large insolvency matters at US-firm Dechert in London, and then re-joining Paul at Quinn Emanuel.

Before moving into academia, Elise practiced alongside Paul at Freehills, specialising in commercial litigation. She has particular expertise in corporate governance and consumer protection, and was appointed a Fellow of the Australian Academy of Law in 2019.

"There's a real buzz around HFW in Australia at the moment – the firm is clearly in growth mode and has several outstanding lawyers who are recognised leaders in their areas. It is an exciting environment to be joining. HFW has a really interesting mix of genuine sector expertise particularly relevant to the resources industry in WA and a truly integrated global litigation offering. I am looking forward to working with the partners in Australia and the firm's disputes teams globally to maximise the benefits presented by the firm's international footprint."

"Paul is widely regarded as one of the leading lawyers in his field, and his skills will not only strengthen our dispute resolution and commercial litigation offering in Australia, but across the Asia-Pacific region."

"Australia is a key market for HFW globally, as a major centre for clients across all of our core sectors: aviation, construction, commodities, energy and resources, insurance, and shipping. We've been in the country for a long time, but now we're really seeking to accelerate our growth and take our Australia business to the next level. Bringing in such an experienced practitioner as Paul is another important step on that journey."

HFW was one of the first international law firms in Australia, launching in the country in 2006. The firm advises clients in Australia and across Asia-Pacific on aviation, commodities, construction, projects, employment, energy & resources, insurance, shipping, commercial litigation, corporate, and finance.

HFW's Australia revenue has increased by almost 80% over the past six years and now accounts for more than 10% of the firm's total annual revenue, making it the firm's third-largest market globally, after London and Hong Kong.

HFW recently launched in the British Virgin Islands with the acquisition of a leading disputes practice.

HFW is a leading global law firm in the aerospace, commodities, construction, energy and resources, insurance, and shipping sectors. The firm has more than 600 lawyers, including 185 partners, based in offices across the Americas, Europe, the Middle East and Asia-Pacific. HFW prides itself on its deep industry expertise and its entrepreneurial, creative and collaborative culture. 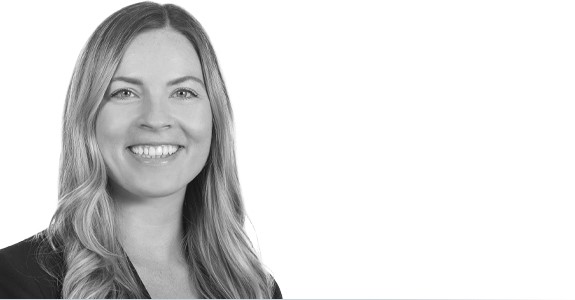