Who gets the clean-up bill? Big changes coming to Australian Offshore Decommissioning

On 26 May 2021, an important Bill1 was introduced into Federal Parliament to amend Australia's offshore decommissioning legislation, within the Offshore Petroleum and Greenhouse Gas Storage Act 2006 (Cth) (Act).

The amendments introduce significant and novel powers, compared with many other jurisdictions, for Australia's offshore safety regulator, NOPSEMA2, to "call back" former titleholders and other broadly defined 'persons' to decommission offshore infrastructure, and increase the level of scrutiny applied by NOPTA3 to changes in title.

Australia currently lacks a comprehensive framework for offshore decommissioning, despite many of the nation's oil and gas fields now approaching the end of their lifecycle. Recent reviews of the existing legislation have resulted in a number of important recommendations, aimed at positioning Australia to respond to future decommissioning challenges, and ensuring that decommissioning remains the responsibility of businesses involved in oil and gas developments. In adopting many of those recommendations, the Bill seeks to ensure that companies operating offshore facilities will be " capable, competent and responsible".4

The amendments proposed by the Bill are substantial and likely to have far-reaching consequences for both current and formertitleholders, particularly in relation to decommissioning liabilities. We highlight some of the main changes below.

The Bill introduces broad powers for NOPSEMA to "call back" former titleholders for the decommissioning of offshore assets and field remediation, regardless of how title changed hands. A former titleholder or other ' persons' may be directed to pay for remedying and restoring the title area and to decommission field infrastructure.

Notably, the Bill proposes a very broad definition of the ' persons' who may be issued with a decommissioning direction. This includes not only former titleholders and their related companies, but may also potentially extend to:

These trailing liability provisions – some of which have retrospective effect to 1 January 2021 – would result in an exceptionally wide scope of application for Australia's decommissioning regime, compared with the position in many other offshore jurisdictions. Further, while the legislative intent appears to be for trailing liability to be imposed on former titleholders and other ' persons' only as a last resort, the Bill itself does not make this explicit.

The Bill also extends the power of the titles regulator, NOPTA, to scrutinise title transfers and ensure that title is only passed to accountable entities with secure and robust finances. Any entity acquiring or disposing of 20% or more of an offshore title would be required to apply to NOPTA for formal approval.

NOPTA would then consider the suitability of the transfer, with broader powers to demand information to evaluate the transferee's financial capacity, technical capability, compliance history and corporate governance, and overall fitness to operate under Australia's offshore regime.

Implications and next steps

The proposed amendments are likely to have a substantial impact on the Australian offshore industry, by both greatly expanding the scope of parties who may be subject to decommissioning liabilities, and introducing additional constraints on transfers of title. The resulting financial exposures and regulatory burdens could well have the effect of discouraging further investment and new participants in the local oil and gas sector, particularly for mid and later life assets.

The trailing liability provisions in particular would mean there is no clean break for titleholders, who may be "called back" for decommissioning work long after departing the field, and might also impact parties with only a tangential connection to the offshore operations. Titleholders may also soon find it much harder to transfer their titles to companies that are smaller, less experienced or financially secure. Ultimately, parties may adopt a 'wait-and-see' approach to the proposed reforms before making significant decisions about the acquisition or disposal of offshore permits, resource developments and future decommissioning plans.

The Bill is currently before the House of Representatives, and will no doubt be subject to further scrutiny and debate, and possible amendment, as the Parliamentary process continues and industry watches on. HFW will be monitoring the developments and we will provide further updates on these much-anticipated changes. 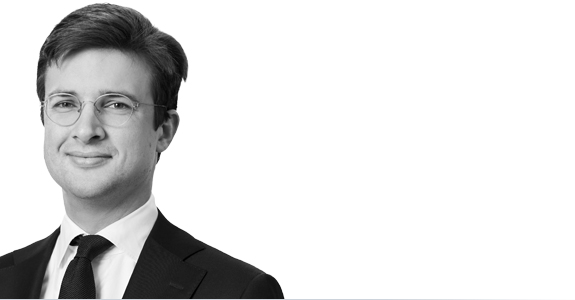