Time to open skies: ASEAN and the EU agree to historic agreement

On 2 June 2021, the Association of Southeast Asian Nations (ASEAN) and the European Union (EU) and its Member States concluded negotiations on the world's first bloc-to-bloc air transport agreement. In this briefing, we look at what the ASEAN-EU Comprehensive Air Transport Agreement (AE CATA) means for the two blocs as well as the potential impact on freedoms of the air for the carriers involved.

What is the background to AE CATA?

The successful conclusion of the AE CATA marks the culmination of eight rounds of negotiations that started in October 2016. Singapore led the negotiations for ASEAN with the European Commission (EC) leading for the EU.

The purpose of the bilateral agreement is to enhance air connectivity between ASEAN (consisting of 10 countries, namely: Brunei, Cambodia, Indonesia, Laos, Malaysia, Myanmar, the Philippines, Singapore, Thailand, and Vietnam) and the 27 EU member states. The AE CATA also sets a foundation for closer cooperation between ASEAN and the EU in areas such as aviation safety, air traffic management, consumer protection, and environmental and social matters.

Despite the current strict air travel restrictions implemented by all 10 ASEAN countries following the outbreak of COVID-19, going forward, the AE CATA should allow for greater cooperation. This is important given the fact that EU is already the third largest source of investment and the third largest trading partner for ASEAN.

The ground-breaking agreement, once formalised, will guarantee that:

The big question throughout the negotiation of the AE CATA was whether an agreement on Fifth Freedom rights could be reached. While the wording of the AE CATA is yet to be fully formalised, the information released to date suggest that Fifth Freedom Rights will form an essential and core part of the agreement.

Fifth Freedom Rights are important to airlines because they allow networks to be built even when demand between two States is relatively weak - they allow an airline to stop in a State (other than its own) and pick up passengers before continuing on to another destination (usually, but not always, in a third State). The following examples illustrate what this will actually mean in practice and why it will be important for EU and ASEAN carriers:

Response from the industry

The International Air Transport Association's (IATA) recently revised its forecast for airline net losses in 2021 downwards to $47.7 billion as a result of the slower-than-hoped-for recovery of air travel from the pandemic. Against that pessimistic backdrop, the announcement is welcome news for the airline industry in the two blocs and may assist ASEAN and EU airlines to rebuild their network connectivity going forwards.

While the general response has been largely positive, certain industry stakeholders have commented that the real impact could be minimal, at least initially. This is because there are a number of relatively liberal bilateral agreements that already exist between the larger States in both the ASEAN and EU blocs which already grant Fifth Freedom Rights and more.

That being said, the AE CATA will provide a foundational framework for future cooperation between the two trading blocs and may allow carriers from States where bilateral agreements do not exist to compete on existing routes and/or to develop their route networks to service under-connected destinations.

What are the potential challenges?

Whilst providing a positive step towards fair competition and increased prospects for trade and investment for EU and ASEAN airlines, the AE CATA does face potential future barriers, including:

It should also be noted that while the timing of the AE CATA is helpful, it was not produced as a response to the pandemic and is not a mechanism to facilitate border reopening or the resumption of international travel. Such issues will need to form the subject of separate discussions as the world continues to emerge from COVID-19.

The AE CATA will now be submitted for legal review, with the projected date of entry into force to be confirmed. It is worth noting that the official wording of the AE CATA is yet to be released and certain anticipated terms could be subject to revisions by lawyers acting for both blocs.

For further information on how ASEAN CATA may impact your business or any connected issues, please contact the authors of this briefing. 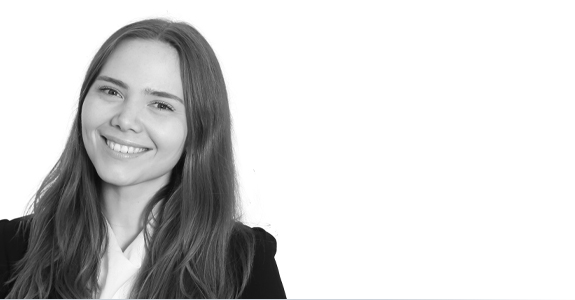