The OCEAN VICTORY – the final word on the safety of Kashima Port, May 2017

More than 10 years after the grounding and subsequent total loss of the OCEAN VICTORY at Kashima port Japan, the final word on the safety of the port was given by the Supreme Court on 10 May 2017. Affirming the Court of Appeal decision1, the Supreme Court unanimously found that Kashima Port was not unsafe and that there was no breach of the safe port warranty by the charterers. The court went on to consider the insurance provisions in the demise charter and how they affect the rights of parties and issues relating to the limitation of liability.

In September 2006, the OCEAN VICTORY was ordered by her charterers to discharge a cargo of iron ore at Kashima in Japan. The vessel berthed at the port's Raw Materials Quay and began discharging, but had to stop due to heavy weather. The situation deteriorated rapidly: the berth was affected by considerable swell caused by long waves and a north-westerly gale of up to Force 9 on the Beaufort Scale. On 24 October, the Master decided to leave the berth and put to sea, but lost control of the vessel while transiting the Kashima fairway. The vessel was driven back onto the breakwater wall, becoming a total loss. A claim in excess of US$135 million was brought by the subrogated hull insurers of the vessel against the time charterers and passed down the line to sub-charterers for breach of the safe port warranty contained in the respective charters.

At first instance, Teare J found that Kashima Port was unsafe because it did not have a safe system to make sure that vessels needing to leave the port due to these weather conditions could do so safely, and that safe navigation out of the port required more than good navigation and seamanship. He accordingly held that there had been a breach of the safe port warranty, (the 'safe port issue'). He also rejected charterers’ argument that, even if the port was unsafe, the cause of the loss was the Master's negligent navigation. The charterers' contention that clause 12 of the BARECON 89 form between the owners of the vessel and her demise charterers excluded demise charterers' right of recovery down the charter chain in respect of insured losses (the 'recoverability issue') was similarly dismissed.

On appeal, the Court of Appeal found that the conditions affecting Kashima port during the incident constituted an "abnormal occurrence", so there was no breach of the safe port warranty. Although it was not necessary to do so, the court commented on the recoverability issue finding that clause 12 of the BARECON 89 form, which obliged demise charterers to effect and pay for marine and war risks insurance in respect of the vessel for the joint benefit of both parties under the contract, reflected the parties' intention for there to be an insurance-funded result in the event of loss or damage to the vessel by marine risks. As such, parties agreed to look to the insurer for indemnification rather than each other, and once the insurance monies were paid out, liability between the parties was discharged and the demise charterer had no further liability to pass down the chain.

The Court of Appeal judgment was subsequently appealed to the Supreme Court on both the safe port and recoverability issues. In addition, the charterers raised the issue2 that they were entitled to limit their liability under the 1976 Convention on the Limitation of Liability for Maritime Claims (the limitation issue) in respect of the loss/damage to the vessel.

In relation to the safe port issue, the Supreme Court in dismissing the appeal, agreed with the Court of Appeal that the simultaneous coincidence of the critical combination of gale force winds and long waves experienced at the port on that day amounted to an abnormal occurrence. The court held that abnormal must be given its natural meaning, which imports something rare and unexpected, something well removed from the normal and out of the ordinary course. In this case, the combination of weather features was rare, in fact unprecedented in the recorded history of the port. It was also of an exceptional nature in terms of its rapid development, duration and severity. The conditions were accordingly held to be "abnormal".

Having decided for the charterers on the safe port issue, neither the recoverability issue nor the limitation points needed to be decided. However, given their importance, the Supreme Court did consider both and commented as below:

On the recoverability issue, by a three to two majority, the Supreme Court agreed with the Court of Appeal that the scheme of clause 12 of the BARECON 89 form was intended to be comprehensive, and that repairs and total losses were to be dealt with in accordance with clause 12. It was implausible to suggest that, despite the insurance backed solution, the parties intended for the owners to claim breach and seek damages for the hull loss from the demise charterers. The implicit understanding in a co-insurance scheme was that there would be no claims between co-insureds. The dissenting judges (Lord Clarke and Lord Sumption) disagree that clause 12 was a "complete code" for all insured losses as a matter of construction. There was a clear and express safe port warranty in clause 29 which contained no exemption of liability for breach, as would be expected had clause 12 been a complete code. Further, clause 13 which obliges owners to pay for the insurance, which was deleted in this contract in favour of clause 12, contained express wording that owners had no rights of recovery against demise charterers for an insured loss. Were it the intention of clause 12 to have the same effect as clause 13, the same wording should have been present in clause 12.

As for the limitation issue, the Supreme Court unanimously affirmed the CMA DJAKARTA as good law, and therefore it remains the case that charterers can not limit their liability for loss or damage to the ship as against the owner.

The Supreme Court's confirmation of the safety of Kashima port in respect of the OCEAN VICTORY will ease the concerns of charterers and their liability insurers who can rely on their traditional understanding of risk allocation that they will not face liability for the unexpected, instead such risks lie with the owners, and their hull insurers.

The ruling on the recoverability issue in relation to the insurance arrangement clause may have wider implications in contracts with insurance-based solutions. In an earlier article on the Court of Appeal decision3, it was suggested that for those charterers and sub-charterers who are in a chain of charterparties where there is a demise charterer who has agreed to pay for the insurance for the joint benefit of themselves and the owners, they will effectively get a "free ride" in the event of a breach of the safe port warranty, or indeed any other breaches of the charterparty in respect of insured losses. Had the Supreme Court ruled that Kashima port was unsafe, the charterers would indeed have escaped liability in light of the joint insurance provision. However, the Supreme Court left open the possibility that the joint insurance provision might be circumvented if the hull insurers had claimed as bailees of the vessel by virtue of the demise charterer's right of possession and/or by virtue of a contractual right. However, no such claim was pleaded, and it was therefore not open to the hull insurers to argue the point.

Whilst we may now have the final word in respect of the safety of Kashima port and any lingering hopes that a charterer will be able to limit their liability for the loss or damage to the vessel against the owners should now be dismissed, the last word on the recoverability issue is probably still to come given the door left open by the Supreme Court on the alternative basis of claim in bailment against the charterer and the persuasive dissenting speeches on this issue. 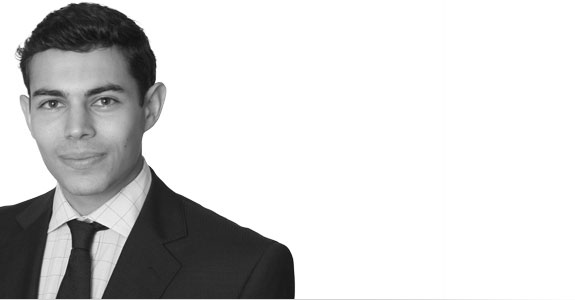