On 8 June 2022, the Advertising Standards Authority (ASA) handed down a ruling on Tesco Stores Ltd t/a Tesco, in which it decided that Tesco had made unsubstantiated claims that its Plant Chef products were better for the planet than meat-based alternatives. In light of this ruling, we analyse the key considerations for businesses when making environmental claims for their products or services and reflect on the importance of conducting due diligence, holding sufficient evidence to substantiate claims and ensuring that the basis of any environmental claim is made clear.

In its ruling 1, ASA emphasised that advertisements which make the general claim that consumers switching to more plant-based diets will be better for the environment are likely not to mislead consumers. However, this does not exclude the possibility that an individual plant-based product could in theory have a worse impact on the environment than meat-based alternatives. ASA referred to the UK Code of Broadcast Advertising (BCAP)2 and the UK Code of Non-broadcast Advertising and Direct & Promotional Marketing (CAP)3, and stated that the Codes require that “environmental claims about an advertised product are based on its full life cycle”. If they are not, then the advertisement has the potential to “breach the Code unless the ad makes this clear and does not mislead consumers about the product’s total environmental impact”. Advertisements that seek to promote a product’s environmental benefits should therefore be supported by “robust evidence”. In this article we analyse the Tesco ruling, a contrary ruling on a claim by Sainsbury’s, the considerations that businesses should take into account, and how businesses should act in light of the rulings.

As described by the ASA ruling, the TV advert included “a woman about to eat a burger while watching television”. The advert contained a voice-over which said that the woman would “do her bit” and that “We’ve lowered the price of dozens of our Plant Chef products because a little swap can make a difference to the planet”. The other advertisements made similar statements, including the radio advertisement which stated that “By swapping to Tesco Plant Chef burgers every now and then, she’s making a difference, not by much, but every little, well you know, and we’re all for it”.

In response to these advertisements, there were 171 complaints. The complainants argued that several of the statements made by Tesco were misleading. For instance, the complainants argued that Tesco could not substantiate the following statements: (1) “a little swap can make a difference to the planet”; and (2) “a little swap is […] even better for the planet”.

It is worth noting for comparative purposes that similar complaints against Sainsbury’s were not upheld 5. In that claim, the advertisements made the generic statement that “by mixing half chickpeas with half the chicken in your curry, your dish will be better for you and better for the planet”6. The complainants in that case predicated their arguments on the basis that the products featured in the advertisements were imported from abroad, so the environmental impact would be greater than for locally produced meat-based alternatives. They argued that it was potentially misleading to suggest otherwise. ASA in that instance did not uphold the complaints, on the basis that consumers would know that the advertisements were advocating replacing meat-based products with plant-based products more generally. The advertisement was promoting a “change in diet”, rather than a “comparison of domestic and imported produce” and it “did not feature or promote any particular product range”.7 That case can therefore be distinguished from the Tesco case.

In the Tesco case, the complaints were upheld. ASA held that specific advertisements breached specific BCAP and CAP Code rules on misleading advertising and environmental claims. The codes made clear that environmental claims “must be based on the full life cycle of the advertised product, unless the ad stated otherwise, and must make clear the limits of the life cycle”. It also stated that “comparative claims could be justified if the advertised product provided a total environmental benefit over that of the advertiser’s previous product or competitor product and the basis of the comparison was clear”.

ASA stated that, whilst it would often be the case, plant-based products would not necessarily always have less of an environmental impact than meat-based products, for example particularly processed plant-based products or where ingredients have been imported from overseas. In contrast to the Sainsbury’s case, the advertisements for the Plant Chef range were advocating a direct swap between meat-based products and products from the Plant Chef range. ASA held in their ruling that there was no evidence to “substantiate the claims regarding the environmental benefit of the Plant Chef burger over a meat burger”. It was this lack of evidence, and the fact that ASA was not able to “assess the product’s total environment impact over its life cycle compared with that of a meat burger”, which proved to be pivotal to its decision to uphold the complaints.

ASA informed Tesco that the advertisements could not in future appear in their advertised form. It also held that it should not “make environmental claims about their products unless they held sufficient evidence to substantiate the claims”.

As environmental concerns continue to increase in importance for organisations and the public more generally, it is increasingly likely that more complaints about environmental claims will be referred to ASA and other regulators. Directors of companies must “promote the success of the company for the benefit of its members as a whole” (Companies Act 2006, s.172(1)), including by having regard to “the impact of the company’s operations on the community and the environment” (s.172(1)(d))8. Recent caselaw also suggests that directors will be more likely to be held to account in the future as a result of the company’s activities and their impact on the environment.

Against this legislative landscape, it is crucially important that businesses exercise due diligence and hold evidence to substantiate their claims. The basis of any environmental claims must also be clear. As shown by the distinctions drawn by ASA in the Tesco and Sainsbury’s cases, this is particularly important where a claim is being made in respect of a particular product rather than more generic claims being made, such as in relation to the general benefits to the environment of reducing consumption of meat-based products. Where environmental claims are made in respect of a particular product, the company making the statement should retain evidence in respect of the full life cycle of the advertised product.

To assist organisations which may be concerned that their claims or advertisements might breach the CAP code, ASA has established a Bespoke Copy Advice service 9. As part of this service, ASA’s CAP’s Copy Advice team “can provide pre-publication advice on any non-broadcast campaign”. It can help organisations find solutions and avoid potential future complaints. However, the advice provided through this service is not binding and should not be considered to be a substitute for conducting due diligence and, where appropriate, obtaining legal advice. Broadcast campaigns in the UK must be approved in advance by Clearcast.

These cases make clear that where an organisation makes an environmental (or other) claim for a product or service, it should hold sufficient evidence to support its claim. Where it does not, then it has regulatory and reputational risks. 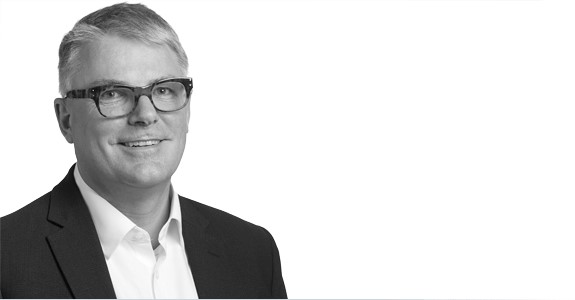