As has been widely reported, 1 January marked the commencement date of new emissions regulations for vessels operating in Emissions Control Areas (ECAs). Following regulation 14 of the IMO’s MARPOL Annex VI, vessels will be obligated to burn bunkers with a maximum 0.1% sulphur content by mass within ECAs, which currently cover the North Sea, Baltic Sea, North American coastline and US Caribbean. Operators who fail to conform with this limit (and cannot demonstrate a defence or mitigating factor under the regulations1) will face financial penalties and possible vessel detention by ECA states.

In order to comply with the new limits within ECAs, operators face the choice of burning low-sulphur fuel oil, or installing emissions abatement technologies such as scrubbers to their vessels, or alternatively making the switch to burning LNG or biofuels. We have previously discussed the relative merits of these options in our Green Shipping Bulletin (March 2014). In essence, operators must weigh up any return on investment in new technology with costs/risks - notably, the higher price of low-sulphur fuel, but also the cost of technological failure caused by burning low-sulphur fuel. From data gathered by the Lloyd’s List 2014 Sulphur Survey, it appears that, in the near term at least, operators will opt to burn low-sulphur distillates in lieu of capital expenditure on their fleets.

How operators will comply is far from settled. Some industry players have publicly committed to emissions abatement technologies (for example, Carnival’s initial investment of c.US$400 million in scrubbers for their fleet2), whereas others (such as Maersk Line3) have shunned such solutions in favour of efficiency upgrades to their vessels and a commitment to using low-sulphur fuel. In the longer term, the landscape of compliance will no doubt change to adapt to market conditions.

With the new limits now in force, the question on the minds of those in the industry has shifted from the subject of compliance to that of enforcement. Nevertheless, the two factors are intrinsically linked, as without clarity on enforcement, there will arguably be no impetus for operators to seek to comply with their new obligations. A weak enforcement response will in effect prejudice those operators who make the considerable expenditure on compliance. It is within this context that important stakeholders have voiced their concerns, for example, BIMCO recently called for ‘robust enforcement’ of sulphur limits by states bordering ECAs.4

Some governments have been vocal in their support of the lower sulphur limit and have committed to strong enforcement in order to deter compliance failures. The Danish Environmental Protection Agency has notably invested a significant sum in “sniffer” drone technology to monitor vessel emissions in its waters, as well as formulating plans to install sulphur oxide (Sulphur) detection sensors on the Great Belt Bridge by the end of 2015. Similarly, the US Coastguard is already enforcing sulphur limits through fines and vessel detentions.

Other governments have been more hesitant, especially elsewhere in the European Union, where critics have highlighted the slow implementation of the Sulphur Directive5 and lack of guidance from some Member States as detrimental to the smooth adoption of the lower sulphur limits. Under the Sulphur Directive, individual Member States have the discretion to implement penalties that they deem appropriate for non-compliance. The European Shippers Council has highlighted the significant disparity that has resulted in the states’ approaches, where the maximum penalty for non-compliance in, for example, Germany is US$7,000 whilst in neighbouring Poland, it is US$62,000. In the UK, the maximum fine is expected to be equivalent to US$83,000.6

Absent individual countries’ efforts, the Paris MoU on Port State Control signatory states - including the members bordering the European ECAs - have received guidance on enforcement. Port states will, as part of their initial inspection, examine bunker delivery notes and written records on board vessels transiting ECAs for the use of compliant fuel oil.

Specific guidance has focussed on how port states will deal with one of the likely main defences to prosecution under the new sulphur limits, namely the inability to bunker with the correct fuel before entering an ECA (reg 18 Marpol Annex VI). The master of a vessel found to be non-compliant will be obliged to show he exercised “best endeavours” in attempting to bunker low-sulphur fuel prior to entering the ECA but that, for example, none was available on the proposed voyage of the vessel. Most importantly, vessels will not be required to deviate from or unnecessarily delay their intended voyages in order to obtain compliant bunkers.7 No guidance, however, has yet been issued by the Paris MoU on the inspection of scrubbers.

In light of the current uncertainty at governmental level, some operators have taken a proactive approach calling for strong enforcement of the Sulphur emissions limits. It remains to be seen how effective and active such organisations will be in the coming months as well as what, if any, response there is to these demands from EU governments.

We will continue to monitor the enforcement of the new Sulphur emissions limits and provide updates on developments. 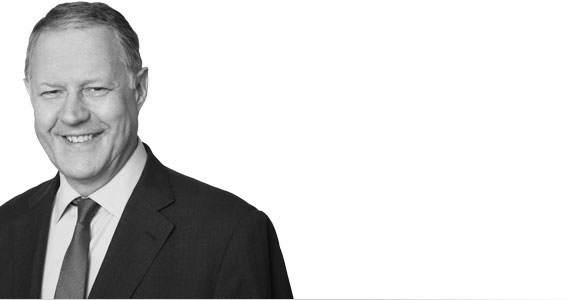