The Central Bank of Saudi Arabia (the Central Bank) has announced the issuance of a model insurance policy for medical malpractice errors (the Medical Malpractice Policy), which takes effect from 1 January 2022.

The Medical Malpractice Policy mandates the minimum terms regarding medical malpractice errors, the coverage, exclusions, and limits of indemnity. The decision to introduce the Medical Malpractice Policy has been influenced by an increasing number of malpractice claims brought against practitioners within the Kingdom of Saudi Arabia (KSA). A total of 3,684 cases have been filed in respect of medical malpractice between 2016 to 2018 in KSA, recording a 73% increase in cases over a five-year period (Saudi Journal of Anaesthesia 2021 Apr-Jun; 15(2): 97–100).

The Policy covers malpractice arising from “any bodily, physical injury or mental injury, sickness, illness, disease, or death of any patient” arising from an act, error, omission or negligence of a medical practitioner. This includes (i) ordinary treatments (ii) emergency treatments (iii) home medical visits and (iv) telehealth care, within the scope of the medical practitioner’s role that occur within the Kingdom of Saudi Arabia.

The Medical Malpractice Policy provides an indemnity for malpractice (as defined above) and for defence costs. This includes all costs, fees and expenses in connection with the settlement of a claim or for defending the insured against the claim

The Policy sets out maximum limits in line with the level of technical expertise of a medical professional and historical claims made against certain groups of medical practitioners. For example, 25% of the total malpractice claims made in 1992-2003 within Riyadh were against obstetrics (Ann Saudi Med. 2006 Mar-Apr; 26(2)).The maximum limit of compensation set out in the policy has been computed in line with the anticipated risk involved. The annual coverage limit for any one event is prescribed as follows:

The insurer or the insured cannot agree on limits lower than those prescribed within the Medical Malpractice Policy, however, they can agree on higher limits.

Cover is subject to a number of specific exclusions and does not include (i) insureds that do not hold a proper medical licence (ii) treatments provided outside of Saudi Arabia or (iii) specific liabilities assumed by an insured under a contract that goes beyond the duty of care required in the usual exercise of such activities.

Specific procedures, namely the performance of general anaesthesia by an individual who is not an anaesthetist, cosmetic surgery, blood banks, genetics, and abortions are excluded from the malpractice cover.

Claims arising from defective medical products, products that fail to fulfil the performance of a specific warranty, and any malpractice that occurs while performing research, experiments or clinical trials to test the effectiveness of drugs are excluded from the Policy. In addition, the cover excludes claims associated with the maintenance of asbestos, the disposal of nuclear, radioactive or any hazardous waste, war, invasion, or hostilities.

The Policy distinguishes between the cancellation of a mandatory and non-mandatory insurance cover. In case of a mandatory cover, the insurance cannot be cancelled by the insured or the insurer unless an alternative policy (which covers the remaining period of the existing policy) has been arranged, or if the medical professional’s licence has expired and/or terminated.

If the cover obtained is non-mandatory, the insured may cancel the unused policy at any time. On cancellation, the insurer must refund the amount payable for the unrecovered period within three (3) working days from the date that the insurer becomes aware of the occurrence of such an event. The refund must be made to the insured by depositing the remaining amount in its bank account. The refund amount is calculated in line with the formula prescribed within the Medical Malpractice Policy. 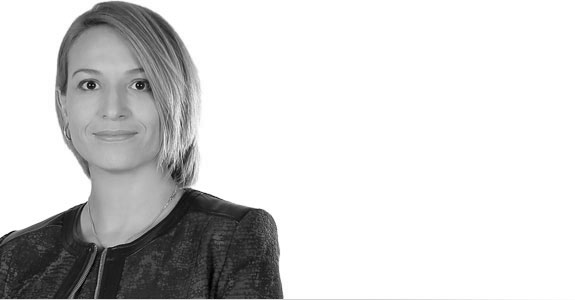