Sanctions Update: US sanctions on Iran, 8 May 2018

President Trump announced on 8 May 2018 that the US would pull out of the JCPOA. He issued a National Security Presidential Memorandum that begins the process of re-imposing sanctions on areas including Iran’s energy, petrochemical and financial sectors.

This affects not only US companies and their foreign subsidiaries but also, through so-called secondary sanctions, non-US companies’ business activities in Iran.

Businesses with activities in Iran have 90-day or 180-day wind-down periods to dismantle their operations based on which sanctions apply to them. For instance sanctions relating to the provision of underwriting services, insurance and reinsurance will be re-imposed on 5 November 2018, following a period permitting wind-down of existing arrangements, as will hard-hitting sanctions targeting Iran’s shipping, ports and petroleum sectors.

If non-US companies fail to wind-down their business dealings with Iran by the relevant deadline, they face the risk of US enforcement, with significant impact on their US activities.

The other signatories of the JCPOA have expressed regret at the US’s withdrawal but have stated their intention to continue to abide by the JCPOA – whether this is possible will be decided in the coming weeks through negotiations with Iran.

The Joint Comprehensive Plan of Action (JCPOA or BARJAM to use the Farsi acronym) was agreed in July 2015 between Iran and the P5+1 (China, France, Russia, the UK, the US and Germany) following two years of negotiations over Iran’s nuclear programme.

In return for dismantling much of its nuclear programme, and accepting extensive monitoring by the International Atomic Energy Agency (IAEA), the EU nuclear sanctions and most US sanctions impacting on non-US persons were lifted in January 2016, reconnecting Iran with the global economy, including releasing billions of dollars in frozen assets and allowing Iran to restart exports of crude oil, including to markets in the EU.

President Trump made it clear on the campaign trail that he believed the JCPOA was a “disastrous deal” that he would “dismantle”. In January 2018 he waived sanctions against Iran, as required under the JCPOA, but made it clear that a major review of the deal would occur.

IAEA inspectors and members of President Trump’s administration had indicated that Iran had complied with the terms of the JCPOA. In light of this, Iran views the US’s withdrawal as a violation of the JCPOA.

Why has President Trump withdrawn from the nuclear deal?

The President’s statement of 8 May 2018 was uncompromising in its condemnation of Iran’s nuclear programme and activities across the Middle East.

President Trump criticised the deal as not doing enough to limit Iran’s nuclear activities, including its failure to address the development of nuclear-capable missiles and the inadequacy of inspection provisions of important sites.

He accused Iran of being a destabilising force within the region as “the leading state sponsor of terror”, which was actively supporting Hezbollah, Hamas, the Taliban and Al Qaeda.

President Trump stated his desire for a new deal with Iran, citing the example of North Korea as a model for progress.

How have the other parties to the deal reacted?

The EU, UK, France and Germany have expressed their regret at the US withdrawal from the JCPOA.

Iran’s President Rouhani has stated that the JCPOA could survive without the US but warned that he had ordered Iran’s atomic energy agency to prepare to restart uranium enrichment at an industrial level in the coming weeks should the JCPOA collapse.

President Rouhani is considered a moderate within Iranian politics. President Trump’s decision could strengthen hardliners within the Iranian Government, who have welcomed the announcement. The US withdrawal is likely to have far-reaching economic consequences, adding to existing problems such as the dramatic fall in value of the Iranian rial and high levels of inflation.

US legislation, including the Iranian Transactions and Sanctions Regulations (ITSR) prohibits US persons from engaging in almost any business dealings with individuals or entities in Iran. These primary US sanctions were not lifted by the JCPOA, save for limited provisions in respect of imports of carpets and pistachios and the introduction of a favourable licensing policy in respect of exports of commercial passenger aircraft and related parts and services.

“General License H” was published on 16 January 2016, as part of the sanctions relief and authorised non-US companies which were owned or controlled by US persons to engage in some business with Iran (provided the US parent has no involvement). OFAC has stated that it expects to revoke General License H “as soon as administratively feasible”. Once revoked, OFAC will issue a revised authorisation for the wind-down of activities authorised by General License H. The wind-down of those activities must be completed by 4 November 2018.

In addition, the US will re-impose secondary sanctions which impact on non-US companies that carry out certain activities with Iran, following the expiry of sanction waivers with wind-down periods of either 90-days (deadline of 6 August 2018) or 180-days (deadline of 4 November 2018). The effects are summarised in the text and diagram below.

Initially it appeared from OFAC's FAQs that the wind-down provisions would not prohibit “new” transactions (ie those entered into after 8 May 2018), provided no activities are engaged in after the end of the relevant period, but it now appears that OFAC had intended that new transactions would be prohibited. OFAC also warned that:

“[w]hen considering a potential enforcement or sanctions action with respect to activities engaged in after August 6, 2018, or November 4, 2018, as applicable, OFAC will evaluate efforts and steps taken to wind down activities and will assess whether any new business was entered into involving Iran during the applicable wind-down period.”1

From 7 August 2018, the US will re-impose a series of sanctions that were lifted under the JCPOA, including sanctions on:

Certain authorisations under the JCPOA will also be revoked, including the import of Iranian carpets and foodstuffs to the US as well as special licences for the sale of commercial passenger aircraft and related parts and services.

From 5 November 2018 further sanctions lifted under the JCPOA will be re-imposed including sanctions on:

How does this affect non-US parties’ existing contracts with Iranian counterparties?

OFAC has stated that non-US persons who are still owed payment under written contracts which were concluded prior to 8 May 2018, and which complied with sanctions as at the time of delivery or provision, may still receive payment under the terms of their contracts even after the expiry of the 90-day or 180-day wind-down period (as applicable).

Such payments could not involve any US persons or the US financial system, unless they are exempt or explicitly authorised by OFAC.

As part of the January 2016 sanctions relief, certain Iranian entities which had been on the US SDN List, including the likes of NIOC and NITC were removed from the SDN List, but put on the EO 13599 list, meaning that US persons and foreign entities which are owned or controlled by US persons could not deal with them, but other entities were able to deal with them. This position will be reversed by 5 November 2018 (the end of the 180-day period), with OFAC putting the relevant entities back on the SDN List. This will mean that non-US persons who engage in activities with these entities become exposed to the risk of infringing US secondary sanctions.

Companies with current Iran-related activities should review their counterparties to determine whether they will be put back on to the SDN List, so that they can assess the risks of any continuing obligations.

Divergence on sanctions with EU

The EU's foreign affairs representative Federica Mogherini has stated that "The European Union is determined to act in accordance with its security interests and to protect its economic investments.”

There has been talk of the EU using a form of "blocking regulation" to protect European firms from the extra-territoriality of US sanctions. Originally these regulations were designed in 1996 to counter US sanctions against Cuba.

EU foreign ministers have vowed to protect European firms and are due to meet the Iranian foreign minister Javad Zarif next week to go over the practical steps that they plan on taking to safeguard the JCPOA without the US.

The outcome of these meetings is particularly important given that the value of trade between the EU and Iran has risen greatly in recent years, from $9.2bn in 2015 to $25bn in 2017.

By 5 November 2018, the State Department will evaluate expectations of "significant reductions" regarding Iranian oil exports.

The re-imposed sanctions are designed to reduce Iran's export of crude oil, with predictions of a reduction of 20% or half a million barrels per day. However, they may not have the same impact as the original sanctions back in 2012 when there was a consensus between the US, EU and Asian countries on sanctions, which resulted in a halving of Iranian exports.

The majority of sales of Iranian crude oil are to Asian countries, with India and China together buying over a million barrels a day – it is far from clear that they will be prepared to reduce their imports.

The reaction of the global market was a jump in oil prices (Brent crude prices climbed above $77 a barrel on 9 May – a 3.5 year high) and predictions of tightening of the market, although the US Treasury Secretary Steven Mnuchin stated that the US has talked to large producers about increasing their supply to offset any reduction from Iran.

What comes next for businesses

Much depends on whether the JCPOA can survive in the face of the extent and reach of US sanctions. Iran appears to be waiting to see how far Europe will go to protect the deal and what measures (if any) EU governments will take to protect European firms from the impact of the re-imposed US sanctions, and thereby encourage trade between the EU and Iran.

The nature and extent of President Trump's criticisms of the JCPOA and Iran's behaviour raise the question of whether the US and Iran could reach a workable new deal.

In the meantime HFW is helping businesses to determine the likely impact on their activities of the latest US sanctions developments, as well as evaluating their options under existing contracts. 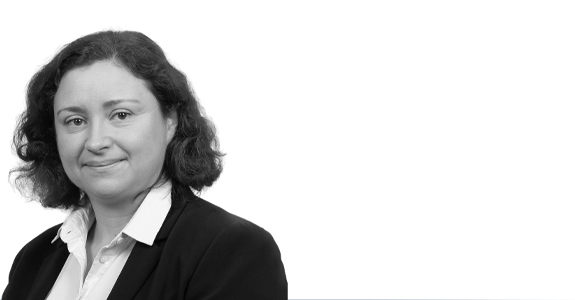