Quincecare Duty in the spotlight: more trouble for banks?

Almost thirty years ago, the English courts found that a bank owes a fiduciary duty to its customer, known as the Quincecare duty of care (the Quincecare Duty). Since then, it has rarely been relied upon by customers seeking to take action against their bank. However, this may be about to change following two recent decisions which have thrust the Quincecare Duty back into the spotlight.

The Quincecare Duty was first established in 1992, in Barclays Bank plc v Quincecare Ltd1. The Court held that the relationship between a bank and its customer was that of agent and principal and that accordingly, the bank owed fiduciary duties to its customer. Consequently, “it was an implied term of the contract between the bank and the customer that the bank would observe reasonable skill and care” when executing the customer’s instructions.

It was further held that a bank would breach this implied term if it:

In the first instance decision of Singularis4, the Court held that Daiwa Capital Markets Europe Ltd (Daiwa), had acted in breach of its Quincecare Duty to Singularis Holdings Ltd (SH), by executing payment instructions approved by the sole shareholder of SH, Mr Al Sanea. This was because there was no proper basis for the payments to be made. Pursuant to the instructions, Daiwa had paid USD 204,500,000 out of the account held by SH.

The Court found that Daiwa had negligently acted in breach of its Quincecare Duty by giving effect to the payment instructions because there was no proper basis for those payments to be made. In summary, the Court held that “any reasonable banker would have realised that there were “many obvious, even glaring, signs that Mr Al Sanea was perpetrating a fraud on the company.”

There was no appeal against that finding. Rather, the Supreme Court was asked to consider whether Daiwa had any defence against SH’s claim on the basis of illegality; causation; or a countervailing claim in deceit. The Supreme Court found no merit in these defences.

The Federal Republic of Nigeria (Nigeria) brought a claim against JP Morgan Chase Bank N.A. (the Bank) on the basis that the Bank had acted in breach of its Quincecare Duty by executing payment instructions pursuant to which USD 875,740,000 was paid out in three tranches. The Bank applied for summary judgment on the basis that Nigeria’s claim had no realistic prospect of success. This was because the contract governing the relationship between the parties had expressly excluded and/or negated the effect of the Quincecare Duty.

The Court of Appeal upheld the decision to reject the application, finding that the wording of the relevant clauses upon which the Bank sought to rely in order to exclude or negate the effect of the Quincecare Duty was insufficiently clear.

This decision indicates that it is possible for a bank and its customer to agree to exclude the Quincecare Duty - but anything less than express reference to its exclusion will not suffice.

There is therefore no reason why the Quincecare Duty should be of any greater relevance or importance for banks and their customers now than it was prior to the judgments being handed down. Nevertheless, the judgments are of interest, in particular because:

The most significant development may prove to be the renewed awareness of the Quincecare Duty and the willingness of the Courts to award damages for its breach. This is particularly the case where, as a firm, we are being instructed in an increasing number of cases involving sophisticated fraudsters targeting the payment operations of commercial entities, as well as banks executing payment instructions without taking steps to confirm their veracity. However, the ability to bring a successful claim against a bank will depend on the specific facts of the case and will be subject to customers not having previously agreed to exclude the effect of the Quincecare Duty from their contractual relationship with the bank. 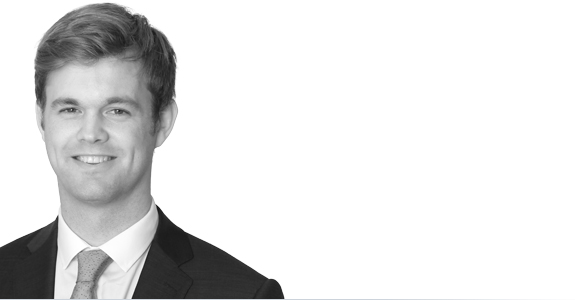