In February 2011 we reported on the Court of Appeal’s judgment in Fortis Bank and Stemcor UK Limited v Indian Overseas Bank [2010] EWCA Civ 58, in which the UK Court of Appeal provided guidance on the interpretation of provisions of the Uniform Customs Practice of Documentary Credit (“UCP”) 600 and, in particular, that when an issuing bank gives notice that it is returning discrepant documents presented under a letter of credit, it is under an obligation to do so reasonably promptly.

On 17 March 2011, the Commercial Court of England & Wales handed down its judgment in relation to another issue arising out of these proceedings: whether Stemcor was entitled to claim damages from the issuing bank, Indian Overseas Bank (“IOB”) in respect of port storage costs and container demurrage charges which Stemcor had to pay its carriers. The Court held that IOB was not liable to Stemcor in contract or restitution. As discussed below, the Commercial Court’s judgment is important in that it recognises that the liabilities of issuing banks must not be extended too far. It also provides useful guidance on what is meant by “reasonably promptly”.

In summary, the facts of the case were as follows.

IOB had opened five letters of credit in favour of Stemcor under contracts for the sale of containerised scrap metal, with Fortis acting as the advising bank. The LCs were expressly subject to UCP 600. Stemcor made a number of drawings under each of them. Stemcor presented the documents under LCs 1-3 which Fortis accepted and paid Stemcor the amount due. The documents were forwarded to IOB. The documents presented under LCs 4-5 were also forwarded by Fortis to IOB.

IOB rejected the documents on the basis of a number of discrepancies. It therefore refused to reimburse Fortis in respect of the payments it had made under LCs 1-3 and refused to make payment to Stemcor in respect of LCs 4-5. IOB issued a notice under sub-article 16(c)(iii)(c) of UCP 600 stating that it was returning the documents in respect of the vast majority of the presentations. The goods covered by the letters of credit were ultimately left unclaimed at the port of Haldia and accrued storage charges and container demurrage costs. Stemcor claimed against IOB in respect of these costs, firstly as damages arising from IOB’s wrongful delay in making payment under the letters of credit, alternatively by way of a restitutionary remedy.

In considering Stemcor’s claim for breach of contract, Jonathan Hirst QC, sitting as a Deputy Judge of the High Court, considered the alleged breaches in relation to LCs 1-3 and LCs 4-5 separately. In relation to LCs 1-3, it was held that under the terms of the LCs, once Fortis had confirmed the letters of credit and paid the amounts due, IOB’s obligation was to reimburse Fortis. Whilst IOB was in breach of its obligation to reimburse Fortis, this obligation was not owed to Stemcor and accordingly Stemcor could not claim damages for breach of contract under LCs 1-3. In any event, it was held that any breach of contract by IOB could not be said to have caused the loss as Stemcor was unable to prove that if IOB had honoured any obligation to make payment, the buyer would have taken up the goods. In fact, the judge considered that the buyer would have been unlikely to do so given the collapse in the market price at the time. Accordingly, Stemcor’s claim for breach of contract failed in respect of all of the LCs.

In relation to LCs 4-5, it was held that, following the Court of Appeal’s judgment, IOB had committed clear breaches of contract in failing to return the documents reasonably promptly. Jonathan Hirst QC, in his decision, provided useful guidance on the Court of Appeal’s conclusion that an issuing bank who had issued a notice that it was returning the discrepant documents was under an obligation to do so “reasonably promptly”, stating that “in the absence of special extenuating circumstances, a bank which failed to despatch the documents within three banking days would have failed to act within [sic] reasonable promptness.” This is a helpful clarification as the Court of Appeal’s requirement of reasonable promptness was ambiguous and required refinement, as discussed in our February 2011 briefing. The period of three banking days is fairly short and banks should bear this in mind when considering discrepant documents.

However, the difficulty with the Commercial Court imposing such a specific time limit for returning the documents is that this limit will not necessarily be applied in other jurisdictions, which may not be aware of or which may not wish to follow the decision of the English Court. This undermines the international nature and the intended uniform application of the UCP 600.

Stemcor argued in the alternative that it could recover the sums it had paid from IOB in restitution. Stemcor’s main argument in this regard was that IOB was liable for storage costs as consignee under the bills of lading. Stemcor submitted that as the letters of credit expressly required IOB to be named as consignee, IOB was an initial party to the bills of lading and liable to pay the port storage charges and container demurrage. Jonathan Hirst QC held that a requirement under the letters of credit that the bills of lading be consigned to the order of IOB did not lead to the conclusion that IOB was authorising Stemcor to enter into a contract on its behalf in terms of the bills of lading. If Stemcor’s arguments were correct, it would follow that whenever a bank required in a letter of credit that it is named as consignee in the bill of lading, it is authorising the shipper to contract on its behalf. Such a conclusion would be contrary to the well established regime under the Carriage of Goods by Sea Act 1992 (“CoGSA”) which provides that the lawful holder of a bill of lading has all rights of suit under the bill but is not subject to any of the liabilities under the bill unless he takes some step to enforce those rights, i.e. by taking or demanding delivery of the relevant goods or by making a claim under the contract of carriage. Accordingly, as IOB had not taken any steps to enforce its rights under the bills of lading, it was not subject to any of the liabilities thereunder.,/p>

The Commercial Court therefore concluded that all of Stemcor’s claims against IOB failed and if Stemcor was to recover any of the port storage costs and container demurrage it had paid, such recovery must be from another party.

The Commercial Court’s judgment is important in that it recognises that the liabilities of issuing banks must not be extended too far. To do so would be to extend artificially the bank’s interest in a sale of goods beyond its role as a provider of credit and attribute it with some interest in the goods themselves. Indeed, the Commercial Court acknowledged that the issuing bank would not even know the terms of the bills of lading. The judgment also underlines the importance of CoGSA in international trade. Treating an issuing bank as an initial party to the bill of lading would be to circumvent the well established rules under CoGSA which are designed to avoid imposing liabilities in circumstances such as these.

HFW acted for IOB in successfully defending the claim. 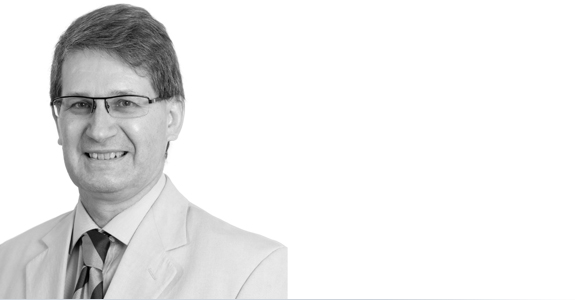