The FCA has published updated guidance (FG22/1)1 setting out its key considerations and general expectations when reviewing a Part VII transfer.

The guidance aims to provide examples of comments that the FCA is likely to make on applicants’ Part VII submissions. The FCA hopes that it will minimise challenges by the FCA of such submissions and result in a more efficient review process, allowing the FCA to focus on transfer-specific issues when reviewing each submission.

This guidance replaces the previous guidance published in FG18/4 2 and aims to provide clarity on certain points raised by stakeholders and reflect the changes to the UK regulatory framework following the UK’s withdrawal from the EU. The guidance also sets out the FCA’s responses to the feedback received during its consultation under GC21/3.3

The FCA has acknowledged that the PRA leads the Part VII process, while still clarifying that the FCA has an active and important role to play.

In particular, the FCA has noted its focus on its consumer protection statutory objective and its ability to object to a Scheme based on conduct concerns, even if there is no prudential concern.

The guidance sets out:

The FCA has made clear that the guidance does not explain all aspects of its role in a Part VII, or all of the issues that firms need to consider, and that deviations from the guidance may be permitted in areas where it is unreasonable or not relevant or appropriate to follow it. However, firms will be expected to explain why they have not followed the guidance, and they should draw this to the FCA’s attention at the outset or sufficiently early in the process so as to reduce the scope for delays at a later stage.

From 1 April the Financial Ombudsman Service (FOS) award limits have increased to the following amounts:

This is an increase from the previous award limits, which were set at:

The award limit is adjusted each year in accordance with the Consumer Prices Index (CPI), and follows the position set out in the FOS policy statement dated March 2019.

This development may be of interest to professional indemnity claims handlers, amongst others. The increase in the award limit may, for example, mean that more claimants choose to pursue a complaint to the FOS, in appropriate circumstances, rather than litigation.

Judgment has recently been handed down in the matter of Corbin & King v Axa. In this case Mrs Justice Cockerill, sitting in the Commercial Court, held that a non-damage denial of access clause provided business interruption cover to a number of well-known restaurants (and therefore a number of separate insureds) which had been forced to close for periods due to Covid-19 restrictions. However, permission to appeal has been granted.

The clause covered “loss insured by this section resulting from interruption or interference with the business where access to your premises is restricted or hindered […] arising directly from […] the actions taken by the police or any other statutory body in response to a danger or disturbance at your premises or within a 1 mile radius of your premises”. Similar clauses were considered in the first instance decision in FCA v Arch (2021), in which the Divisional Court held that there was no cover because, as a matter of construction, such clauses were intended to cover localised incidents, such as bomb scares or gas leaks. (No appeal on the relevant points was made to the Supreme Court.) Mrs Justice Cockerill considered that she was bound by the Divisional Court’s decision, but distinguished the situation before her on the basis of: (i) differences in the wordings considered; and (ii) differences in the arguments raised.

Mrs Justice Cockerill concluded that, on an orthodox approach to construction, the clause provided a localised cover, but one which was capable of extending to disease. The natural reading of the clause was that the driver of the clause is the result, not the nature of the danger which produces it. There was no reason why that danger could not be one or more cases of COVID-19 within the radius.

As to causation, Mrs Justice Cockerill concluded that the Supreme Court’s approach in FCA v Arch should be adopted. On that basis, COVID-19 was capable of being a danger within one mile of the insured premises, which, coupled with other uninsured but not excluded dangers outside (i.e. other incidences of COVID-19), led to the regulations which caused the business interruption losses.

Mrs Justice Cockerill further concluded that, as a matter of construction, the overall picture which emerged from a consideration of the wording and of the nature of the policy was that this was a composite policy in respect of which each insured was entitled to claim £250,000 in respect of each period of closure, as opposed to there being one £250,000 claim overall for each such period. Permission to appeal certain aspects of the judgment to the Court of Appeal has been granted.

“Reasonableness” of late payment and “insurable interest”: the Court clarifies a couple of bugbears

The first reported judgment considering whether insurers are liable to pay damages for late payment of an indemnity was handed down recently.

The case of Quadra Commodities S.A. v XL Insurance and others considered key issues relating to both insurable interest, and the application of S.13A Insurance Act 2015.

The judgment provides some clarity on what constitutes a ‘reasonable time’ for insurers to pay a claim under S.13A(1), and considers when insurers can rely on S.13A(4) to negate their liability for delayed payment.

More information is available in our full briefing  here.

The appeals were brought by five insureds (LCA Marrickville, Meridian Travel, the Taphouse Townsville, Market Foods, and the liquidator of Educational World Travel) from a judgment of Justice Jagot handed down on 8 October 2021.

At first instance, there were 10 proceedings/test cases concerning the operation of business interruption insurance policies in the context of the effects of COVID-19, including government actions which were taken to control the spread of COVID-19. Other than in the Meridian Travel test case, Justice Jagot concluded that the insuring clauses did not apply in the circumstances of each case.

However, Justice Jagot also held that there were substantial issues as to whether Meridian Travel could prove (as required by the policy wording) that its business was interrupted or interfered with as a result of outbreak of a human infectious or contagious disease occurring within a 20 kilometre radius of the Situation. Meridian Travel and the insurer (Insurance Australia Limited) were given the opportunity to consider their positions in light of the reasons at first instance.

A more detailed analysis of the first instance judgment can be found in our December 2021 bulletin  here.

The Full Court diverged from the first instance judgment with respect to two main points:

The first instance judgment held, by reference to the indemnity principle, that, in the event an insurer was liable to provide indemnity under a policy, third party payments (including government grants and subsidies) targeted at mitigating the policyholder’s indemnifiable loss (e.g. JobKeeper, rent relief) should be taken into account when adjusting the claims.

On appeal, the Full Court held that no adjustment should be made as the third party payments do not satisfy the causal requirement of the “sum saved” provision in the relevant policies. The court held that in light of the detailed policy provisions, including basis of settlement provisions, “there is simply no room for general principles applicable to contracts of indemnity to operate”.

Section 57 of the ICA provides that an insurer is liable to pay interest on amounts payable under a policy from the date upon which it was unreasonable for the insurer to have withheld payment. At first instance, Justice Jagot determined that, to the extent any of the policyholders involved in the Second Australian BI Test Case were entitled to indemnity, interest under section 57 would not apply to any such payment because it was not unreasonable for the insurers to await the outcome of the test case (including any final determination on appeal) before paying the claim.

The Full Court took a different view and held that the existence of a bona fide dispute as to liability, including a test case, does not, of itself, mean that an insurer is not unreasonably withholding payment of a claim and is therefore not liable to pay interest on amounts payable under the policy.

The appeal judgment in the Second Australian BI Test Case is important and consolidates the position in favour of insurers making it difficult for most policyholders to successfully claim under business interruption insurance policies for COVID-19 related losses in Australia. However, each claim will turn on its own facts and policy wording.

The parties had a period of 28 days in which to apply for special leave to appeal to the High Court of Australia. Special leave applications have now been filed in the LCA Marrickville, Meridian Travel and the Taphouse Townsville proceedings. 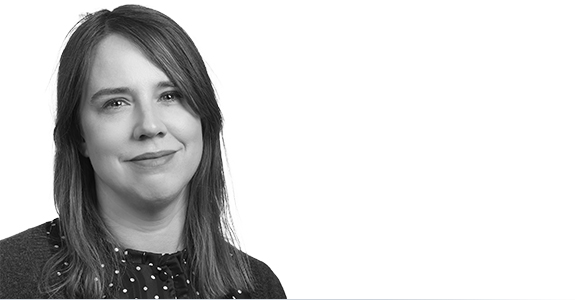 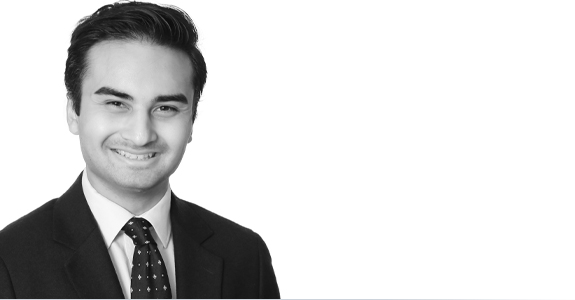