The PRA’s SS1/21 – Operational resilience: Impact tolerances for important business services takes effect in just over a month. It goes without saying that it will be crucial to have taken all necessary steps by the deadline, and many firms will have been busy preparing for this. However, below we set out a brief recap of what insurers need to know.

In order to achieve this, SS1/21 sets out the PRA’s expectations for the operational resilience of firms’ important services (“firms” includes UK Solvency II firms, Lloyd’s, Lloyd’s managing agents, as well as banks).

As a first step, firms must identify their important business services, ideally by considering the risk their disruption poses to financial stability, the firms’ safety and soundness and, in the case of insurers, policyholder protection.

Once impact tolerances are set, firms must ensure they can deliver their important business services within impact tolerances in severe but plausible scenarios. Firms should do so by mapping and testing the delivery of important business services in such scenarios, and where potential failures or limitations are identified, appropriate action should be taken.

By 31 March 2022, firms must have identified their important business services and set impact tolerances. They are not expected to have completed all testing and mapping, but firms’ approaches and sophistication in respect of mapping and testing are expected to evolve over time.

HFW continues to advise firms on the requirements and potential impact of SS1/21 on firms’ businesses. In particular, firms are seeking guidance about their designated “material outsourcings” and “important business services”, and about how those interact with the requirements of SS2/21, particularly in relation to commercial agreements.

If you have any questions, please do not hesitate to contact us.

This case involved a claim against professional indemnity insurers of a law firm by the firm’s capital provider following the firm’s insolvency, for payments due to the provider under a funding agreement. The claim was an attempt by the provider to bring its claims within the definition of civil liability arising from private legal practice in connection with the insured firm’s practice, and therefore establish cover within the SRA Minimum Terms and Conditions. Had it been successful, this would have broadened cover to an extent beyond insurers’ expectations. It follows a number of cases, over the years, in relation to funding of litigation.

Pursuant to the terms of a Receivables Funding Agreement (RFA), DCL had absolute ownership of the Receivables notified by SL. The RFA provided that Receivables were to be held in SL’s client account on trust for DCL and that SL was appointed as DCL’s agent to collect Receivables.

It was alleged that, between 2017 and 2018, SL failed to transfer around £1.7 million of Receivables to DCL. DCL asserted that in breach of trust and/or fiduciary duty the balance had not been transferred. SL entered administration and DCL brought a claim against SL’s professional indemnity insurers pursuant to the Third Parties (Rights Against Insurers) Act 2010. Insurers applied for summary judgment in relation to the claim.

The main issue was a matter of construction and whether SL’s liability fell within the insuring clause of the policy. This provided, in accordance with the SRA minimum terms, that insurers would indemnify SL against civil liability arising “from Private Legal Practice in connection with the Insured Firm’s Practice…”

Private Legal Practice was defined to mean: “the provision of services in private Practice as a solicitor…including, without limitation:…(c) any Insured acting as a personal representative, trustee, attorney, notary, insolvency practitioner, or in any other role in conjunction with a Practice….”

Private Practice was defined to mean: “(a) in relation to an Insured Firm which is a Licensed Body means its Regulated Activities; and b)…in relation to all Insured Firms includes without limitation all the professional services provided by the Insured Firm including acting as a …. trustee…. or in any other role in conjunction with a Practice…”

DCL sought to argue that SL had cover under the policy on the basis that:

Mr Justice Butcher rejected DCL’s arguments and accepted insurer’s position as to the meaning of the insuring clause and the cover provided in respect of trustees. Cover was engaged only where the insured was acting as a trustee when providing a service, and must be doing so “in Private Practice as a solicitor”. Private practice was defined to mean all professional services provided by the insured, including acting as a trustee in connection with a Practice. He made the following points:

SL was not acting as a trustee for a client or in connection with a professional retainer for a client. Accordingly, SL’s liability did not fall within the scope of cover.

DCL was not a “quasi-client” of SL, referring to Lord Toulson’s comments in Impact Funding Solutions Ltd v Barrington [2016] UKSC 57. These comments refer to a category of exceptional cases, in which a solicitor may be liable to someone who has not retained them but is foreseeably affected by their breach of duty, even where that person is not a client of the solicitor (such as the beneficiaries under a will). DCL did not fall into that category.

SL were not providing a professional service by collecting the Receivables and using its judgment on how they should be collected. It was not relevant that SL was obliged to keep the money, until paid to DCL, in its client account. The use of a client account to receive and distribute money, without more, did not amount to the provision of a service (supported by the Ontario Court of Appeal decision Cassells Brock & Blackwell LP v LawPro (2006)).

Mr Justice Butcher also expressed his view that if SL’s liability had fallen within the ambit of cover, SL’s liability would have been excluded in any event by virtue of the debts and trading liability exclusion. This provided that the insurer would have no liability to indemnify SL in relation to any “legal liability assumed or accepted by an Insured under any contract or agreement for the supply to, or use by, the Insured of goods or services in the course of the Insured Firm’s Practice”.

Butcher J followed the approach laid down by the Supreme Court in Impact Funding. In Impact it was held that the SRA minimum terms were drafted so as to include an insuring clause far broader than the ordinary understanding of solicitors’ professional liability, and then to cut it down with a list of exclusions, and such exclusions should not be construed narrowly, but in context as an attempt to define what was and was not covered under the policy.

In conclusion therefore, insurers were successful in their application for summary judgment. It was held the claim had no realistic prospect of success.

Professional indemnity insurers will be relieved that DCL’s attempt to claims sums due under a commercial contract has failed. Such liabilities would not have been in the contemplation of underwriters of professional indemnity policies, and the court has recognised this. It has also placed a limit on the attempt to extend the already broad scope of the SRA Minimum Terms and Conditions.

Significant changes to the Pre-Action Protocols are under consideration, which could mean stricter time limits for responding to Letters of Claim and the requirement for parties to potential litigation to take extra steps in the pre-action stage of proceedings.

Anyone who has been a party to litigation in England and Wales is likely to have experienced working under the Pre-Action Protocols (PAPs). These form part of the Civil Procedure Rules and provide certain steps that parties must take before starting formal legal proceedings. These include the early exchange of relevant information and considering whether the matter could be resolved amicably without the need for formal proceedings. There are 17 specific PAPs dealing with a variety of types of cases, from personal injury to professional negligence, package travel, media, road traffic accidents and judicial review, accompanied by a Practice Direction.

Over the last few months, the Civil Justice Council (CJC) has been exploring reform of the PAPs. In November 2021, the CJC published a 164-page interim report outlining various options for reform and it invited responses.

Some of the proposals by the CJC have the potential to significantly change pre-action procedure in England and Wales, such as the following:

The Law Society, which is the independent professional body for solicitors, opposed the changes. It expressed “strong reservations” and stated that “we do not believe that now is a suitable time” to reform the PAPs, citing the many other areas of civil justice which are being reformed and the fact that the existing PAPs work reasonably well in general, albeit with some exceptions. However, according to the CJC, only 7.89% of court users believe that no reform to the PAPs is required, and almost 40% believe that “significant” or “major” reforms are required.

The CJC is currently reviewing the responses to its interim report and the CJC will publish its recommendations in a final report.

The Supreme Court of Texas has adopted an exception to the eight corners rule in Monroe Guaranty Insurance Company v. BITCO General Insurance Corporation, No. 21-0232, 2022 WL 413940, -- S.W.3d – (Tex. Feb. 11, 2022). The “eight corners” rule, articulated in 1965 in Heyden Newport Chem. Corp. v. S. Gen Ins. Co., 387 S.W.2d 22, (Tex. 1965), means that only the live Petition and insurance policy may be considered when deciding whether an insurer owed a duty to defend. Although the Supreme Court of Texas previously recognised an exception to the rule, that was limited to a very specific set of facts.

In Monroe the Supreme Court articulated the now controlling rule that extrinsic evidence might be considered when it goes solely to the issue of coverage and does not overlap with the merits of liability, does not contradict facts alleged in the pleading, and conclusively establishes the coverage fact to be proved. The Monroe ruling will affect future coverage litigation in the Texas state and federal courts.

More detail on the judgment is available in our briefing here. 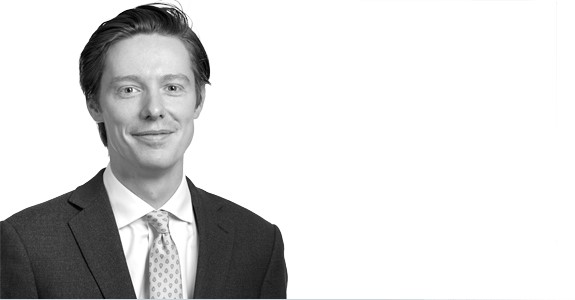 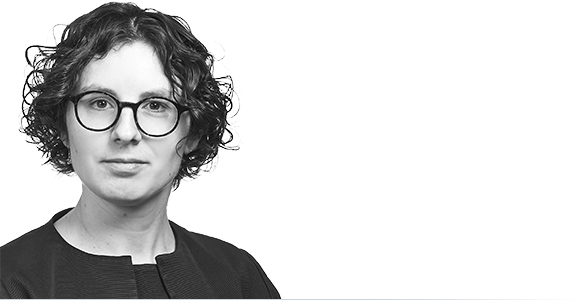 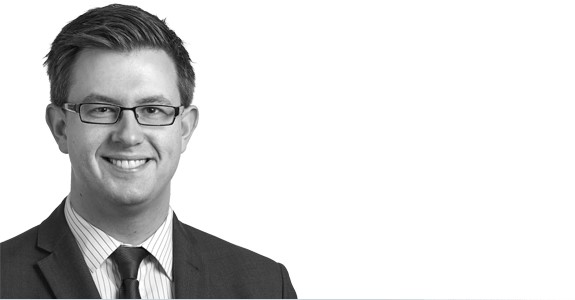 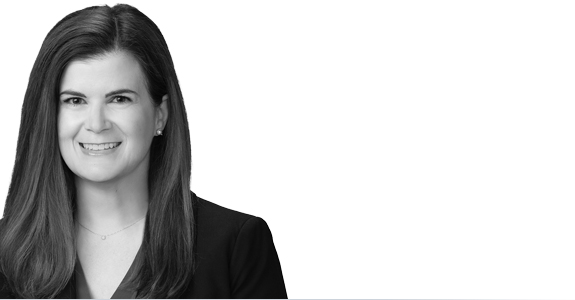 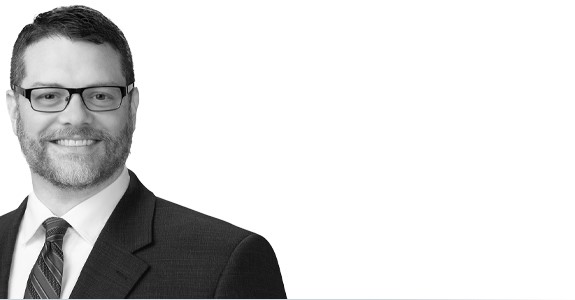