The EU is moving ahead with plans to include the shipping industry in the EU Emissions Trading System. The necessary legislation could come into force as soon as 1 January 2022 and has the potential to impact all parties in the physical transport chain as the EU moves to decarbonise the shipping industry.

The European Parliament has approved draft legislation to include emissions from ships in the EU Emissions Trading System (ETS) from 1 January 2022. Simultaneously, the EU Commission has launched an initiative to renew the ETS and extend its scope to the shipping industry. The initiative is currently in the public consultation phase, which closes on 5 February 2021.

The proposed legislation (which includes amendments to the EU Monitoring, Reporting and Verification (MRV) Regulation1 and the ETS Directive2) is now awaiting approval from the EU Council, and absent further proposals or amendments, could be adopted in early 2021.

Whilst the proposed legal framework remains unclear, it is expected that the ETS will have implications for all the key stakeholders in the physical transport chain – in particular, shipowners, charterers, operators and shippers. Requirements will be imposed on stakeholders to take steps to reduce greenhouse gas (GHG)3 emissions from ships.

This will likely add to the existing monitoring and reporting requirements already in place under both the MRV Regulation and the IMO’s Data Collection System (DCS). Quite apart from just imposing requirements, however, the ETS will see shipping enter the carbon trading market for the first time, and with this will come both burden and opportunity.

Current application of the ETS scheme

The ETS is a mandatory ‘cap and trade’ system that currently applies to GHG and CO2 emissions from power stations and industrial plants located within the EEA, as well as from flights operated between EEA airports.

It works by capping overall GHG emissions of all participants in the system. The ETS Directive creates ‘allowances’, which are essentially rights to emit GHG emissions equivalent to the global warming potential of 1 tonne of CO2 equivalent. The level of the cap determines the total number of allowances available in the whole system and allowances can be traded among participants.

The ETS’s aim is to incentivise participants to take early steps to reduce their GHG emissions, meaning they will have allowances left over to sell in the market. If a participant’s emissions exceed their allowances, it will face hefty fines, currently set at €100 per tonne of excess CO2 emitted, unless they purchase additional allowances from the market. That said, there is also a limited number of allowances allocated for free in any given sector subject to satisfaction of certain criteria.

The current EU proposals leave many questions unanswered on how the inclusion of shipping in the ETS will operate in practice. Essentially, the nature and scope of the application of the ETS scheme to shipping still needs to be worked out. Important current areas of uncertainty would appear to be:

How will the ETS operate in practice?

While there is little clarity on this question thus far, the approach used in relation to aircraft4 may shed some light on how the system will be rolled out.

In the aviation industry, each aircraft operator is administered by a single EU Member State that distributes emissions allowances. These allowances consist of both ‘general’ allowances based on a base year, as well as ‘aircraft-specific’ free allowances. Non-EU based aircraft operators are allocated to an administering EU Member State based on where the operator’s aviation emissions are estimated to have been greatest. It should be noted, however, that since 2016, the International Civil Aviation Organization ( ICAO) has taken over the administration of the emissions trading system for aviation on the global level.

It may be possible to use MRV Regulation CO2 reports and records of ports of call to designate a Member State for each responsible ship operator in the same way as is done for aircraft operators. A Member State would then be responsible for distributing ETS allowances to applicable companies based in the Member State, ships flying the flag of that Member State as well as any designated non-EU ship operators (for which a Member State has assumed responsibility for allocation of allowances). How UK-flagged vessels and/or UK-based ship operators would fit into any system that might be introduced, in light of Brexit, remains to be seen.

It may also transpire that many of the obligations currently imposed by the ETS on power plant operators and airlines will similarly apply to responsible ship operators, including:

Insofar as the trading of those emission allowances are concerned, the permissible framework for this will also have to be clearly set out, especially as there have recently been calls for emissions to be traded between different industry sectors.

The scheme of allocation of allowances – in particular, free allowances to those ships which form part of “efficient fleets” – will also need to be scrutinised and agreed upon well in advance of the ETS taking effect.

Which ships and/or voyages will be covered?

Probably the most fundamental question, however, centres around the scope of the application of the ETS to global shipping. In particular, which ships and/or voyages will be regulated under the ETS. Under current proposals put forward by the European Parliament, the ETS will apply to “greenhouse gas emissions from ships arriving at, within, or departing from ports under the jurisdiction of a Member State”.5

This mirrors the MRV Regulation, and as drafted, it would theoretically be sufficient for a ship to call at one EU port once during the course of an entire year for the ETS to apply. This is regardless of that vessel’s flag or the domicile of the registered owner. To date, the EU has not set out any threshold requirements such as a minimum amount of visits to EU ports within a given year.

The European Commission has been urged to restrict the scope of the ETS so that it applies only to voyages within the EEA (reflecting the approach adopted in the aviation industry), whereas this is clearly not the preference of the European Parliament. The precise detail here is yet to be formally confirmed and could have significant consequences for international trade.

Who will be the ‘party’ responsible?

Another important issue the EU has yet to iron out is which party will be responsible for the carbon footprint of a given ship under the ETS.

On the one hand, the responsible party faces increased operational and reporting requirements under the ETS, but on the other hand, would, in theory, also be able to benefit from the sale of any spare emission allowances.

The ETS Directive as currently drafted uses the term ‘operator’, which encompasses “any person who operates or controls an installation or … to whom decisive economic power over the technical functioning of the installation has been delegated.”6This broad wording does little to assist in determining the responsible party in the context of the shipping industry, where many different parties can have some form of economic power over a ship.

On the other hand, the MRV Regulation, helpfully, provides a more detailed explanation as to the identification of the responsible party in the context of that regulation. The European Parliament recently voted for an amended definition of “company” to encompass time charterers and other parties responsible for providing and paying for the ship’s fuel, signalling that the EU’s emission measures will target those companies who are commercially operating a vessel (and, therefore, directly contributing to a ship’s carbon footprint) rather than a registered owner or bareboat charterer.

The proposed definition of ‘company’ under the MRV Regulation would include (with proposed new wording in bold) “the shipowner or any other organisation or person such as the manager; the time charterer or the bareboat charterer, which has assumed the responsibility for the commercial operation of the ship from the shipowner and is responsible for paying for fuel consumed by the ship.”

However, it is not yet clear whether this definition will also be adopted in the ETS Directive. As such, many uncertainties remain as to which party will bear the possible responsibilities and/or opportunities that might be created under the ETS.

The European Commission has made clear that it aims to limit the administrative burden of any further monitoring and reporting requirements by building on the MRV Regulation (under which ship operators must submit annual CO2 emissions reports for any ships over 5,000GT calling at EU ports). This indicates that there will not be separate emissions reporting requirements under the ETS, and that data reported under the MRV Regulation can be used.

What is less clear is how the ETS will interrelate with the global regulations for maritime emissions imposed by the IMO’s DCS or indeed the Energy Efficiency Ship Index/Carbon Intensity Indicator regimes approved by the IMO’s Marine Environment Protection Committee, all of which are essential towards the reduction of GHG on a global scale.

The European Parliament has recognised the need to align IMO and EU emissions measures, but precisely how shipowners and charterers will be able to handle competing emissions reduction regimes remains open, as does the direction of the shipping industry at this important point in time as it continues to strive for sustainability.

It has recently been suggested that the IMO would be better placed to implement a global carbon emission trading system for shipping compared to the EU’s regional efforts (pointing to, among other things, the risk of double regulatory standards, carbon leakage if ships avoid calling at EU ports, and EU ports obtaining a negative competitive advantage). However, that appears to be an unlikely prospect. On the other hand, separate proposals outright reject the ETS in favour of a mandatory fuel levy on ships.

What do relevant parties need to consider at this point in time?

Clarity is required as to precisely how the ETS will operate, what format it will take and its scope of application to the key stakeholders in the physical transport chain.

This all serves to highlight the importance of those key stakeholders assessing their likely risk profile to the ETS so that the cost and risk of compliance can be mitigated and any potential benefit allocated up and down the contractual chain.

Consideration should be given to the wording of supply contracts and charterparties which could impact parties’ rights and obligations under the ETS. In particular, it will be important to use clear wording to identify who is commercially operating a ship for the purpose of the proposed emissions measures.

Parties currently negotiating long-term charterparties should also look at implementing protective wording to avoid any unforeseen risk and costs resulting from the implementation of the ETS in the near future. That said, even such protective wording will need to be kept under close review unless or until such time as the full ETS landscape becomes clear for all to see. 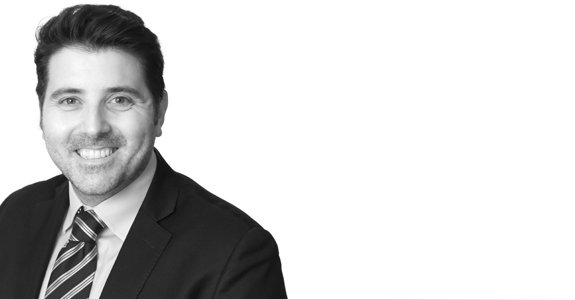