In what is believed to be the first case to deal with the question, any doubt as to whether the entirety of the duties owed by directors continue post administration or creditors’ voluntary liquidation (CVL) has been firmly laid to rest by the Insolvency and Companies Court’s (ICC) decision of ICC Judge Barber in Hunt (as Liquidator of Systems Building Services Group Limited) v Mitchie and Others [2020]1.

In what is believed to be the first case to deal with the question, any doubt as to whether the entirety of the duties owed by directors continue post administration or creditors’ voluntary liquidation (CVL) has been firmly laid to rest by the Insolvency and Companies Court’s (ICC) decision of ICC Judge Barber in Hunt (as Liquidator of Systems Building Services Group Limited) v Mitchie and Others [2020]1.

This judgment confirms that the additional specific duties imposed by the Insolvency Act 1986 on directors of a company in administration or CVL do not serve to extinguish the general duties owed by a director to the company and its creditors under Sections 171 to 177 of the Companies Act 2006 (the Companies Act). These general duties subsist independently and in parallel to those owed by the insolvency practitioner.

By way of background - System Building Services Limited (the Company) was placed into administration on 12 July 2013 by its sole director and sole shareholder, Mr Brian Michie. The administration was converted into a CVL nearly a year later, with Mrs Gagen Sharma serving as liquidator following her prior appointment as administrator of the Company. The Company was then dissolved on 24 February 2016, but was subsequently restored in May 2017, on the application of Stephen Hunt, following his block appointment over 44 of Mrs Sharma’s appointments (following her being found guilty of misfeasance under s.212. of the Insolvency Act 1986 in relation to separate insolvency proceedings). Acting in his capacity as liquidator of the company, Mr Hunt along with the Company (together the Applicants) then brought the present application against both Mr Michie and a company he established to buy the debts and work-in-progress of the Company (together the Respondents).

The allegations against Mr Michie were that, while still a director, he breached the fiduciary duties owed by him to the Company as its director under Sections 171-175 of the Companies Act through: (i) purchasing from the Company, acting by its liquidator at the time (Mrs Sharma), a property at what he knew to be a substantial undervalue; (ii) unreasonably causing payments to be made in favour of a particular creditor; and (iii) unreasonably making salary and dividend payments to himself.

It was admitted by the Respondents in their defence that, upon the company’s entry into CVL, Mr Michie continued to owe the duties as specified in Sections 171 to 175 of the Companies Act. However, in their skeleton argument the Respondents sought to ‘row back’ from that position, calling into question the extent to which a director owes duties to the company and creditors in circumstances in which there is an appointed liquidator. The Respondents further argued that the Applicant had failed to ‘demonstrate how or why any specified duty applies post-liquidation’. At trial counsel for the Respondents went a step further and asserted that ‘once a company enters into administration or CVL, the ‘general duties’ of a director under Sections 170 to 177 of the Companies Act only survive in respect of any exercise by that director of powers, qua director, preserved by, or permitted in accordance with, the Insolvency Act 1986’.

This position was roundly rejected by ICC Judge Barber, who held that the general duties of a director as set out at Sections 171 to 177 of the Companies Act survive the company’s entry into administration and CVL for the following reasons:

The Applicants were therefore successful, with it being found that Mr Michie held the property on an institutional constructive trust for the company, and that he was required to repay the Company for preferential payments made to a particular creditor as well as unreasonable salary and dividend payments made to himself.

Whilst acknowledging that there is little in the way of caselaw in this area, ICC Judge Barber considered that this anomaly reflected the fact that, ‘for the most part, licensed insolvency practitioners in England and Wales are highly effective guardians of the assets of those companies over which they are appointed’.

What it means for you:

It is clear from this judgment that directors are required to play their part in protecting the company’s assets on the company entering administration or CVL. The fiduciary duties owed by directors act as further protection for the company and its creditors, with this case illustrating that these duties serve to prevent directors from hoodwinking (friendly or otherwise) liquidators into dissipating the assets of the insolvent company to the detriment of the creditors of the company. 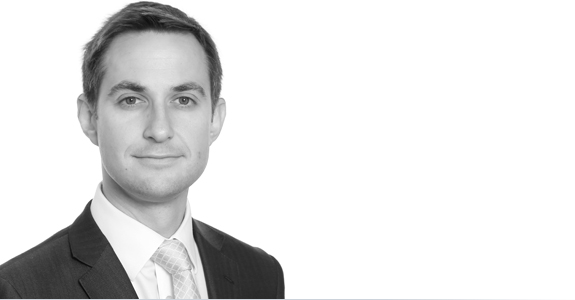