English Litigation Privilege: will an emissions trading case cause a change of climate for investigators? February 2018

A recent ruling by the English High Court in BILTA v RBS1, concerning EU Emissions Allowances (“EUAs” or “carbon-credits”) trading has re-opened the debate on when materials forming part of an internal investigation can benefit from litigation privilege. The decision further undermines the restrictive approach taken by Andrews J in SFO v ENRC2 when applying the “sole or dominant purpose test” to dual-purpose communications.

BILTA v RBS is part of ongoing litigation brought by the liquidators of companies involved in an alleged VAT fraud in the EUA market. The claim is against their counterparty in the relevant trades, RBS’s former subsidiary RBS Sempra Energy Europe Ltd. The liquidators allege dishonest assistance and are claiming £73 million in equitable compensation and the same amount again for fraudulent trading under s.213 of the Insolvency Act 1986.

This particular judgment concerns the claimant’s application for disclosure. The claimants sought transcripts of interviews undertaken by RBS with employees from its EUA trading desk. The interviews were part of an internal investigation initiated by RBS, when HMRC indicated RBS may be liable for a VAT charge of nearly £90 million.

In the High Court before Vos LJ, counsel for the parties agreed that the relevant test for litigation privilege was as laid down in Three Rivers3, namely:

In relation to this three part test, Vos LJ made the following findings of fact.

However, the most interesting point about this judgment, is the findings in relation to the second limb of the Three Rivers test.

In SFO v ENRC, Andrew J controversially used a restrictive interpretation of the “sole or dominant purpose test”, deciding that internal “fact-finding” investigations, intended to assist a company avoid or potentially settle a possible future claim, were not privileged; rather, in order to be privileged, the dominant purpose of such communications must be for them to form part of the “defence brief”.

In BILTA v RBS, Vos LJ clearly rows back from this position. The learned Judge cites Highgrade Traders4 the ratio of which, was that if a document has a “dual purpose” of both informing the party and as use as evidence in the event future proceedings materialise, then the latter purpose is sufficient for privilege to attach. This was elegantly summarised by Vos LJ as: “assembling evidence to ascertain the strength of one’s position is an ordinary part of any litigation and not separate from the litigation purpose”.

Clearly no two internal investigations are the same and the Three Rivers test will always require careful application based on the context; in particular the state of play existing between the company and its regulator at the time the internal investigation is undertaken, as this will determine whether litigation is reasonably in contemplation. This was emphasised recently in R v Paul Jukes5, which applied the SFO v ENRC analysis with respect to an early-stage investigation (i.e. the first limb of the Three Rivers test).

Nevertheless, BILTA v RBS does cast further doubt on the widely criticised decision in SFO v ENRC with respect to dual-purpose communications, and raises the stakes as the latter case heads to the Court of Appeal in July this year. We will report further when the judgment is published. 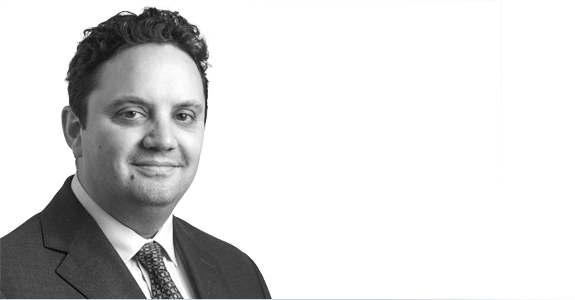