Court rules on the interpretation of Clause 8 of GAFTA 49, August 2014

Judgment was recently handed down in Nidera B.V. v Venus International Free Zone for Trading & Marine Services S.A.E. (19 June 2014). This was the appeal of Nidera B.V. (Nidera) from a GAFTA Arbitration Appeal Award under section 69 of the Arbitration Act 1996. The case raises an interesting issue as to the buyer’s right to extend the delivery period under Clause 8 of GAFTA 49.

Venus agreed to buy and Nidera agreed to sell FOB a cargo of Ukrainian yellow corn under GAFTA 49. The delivery period ran from 16 to 31 October 2010. On 7 October, Venus nominated a vessel for loading with an ETA of 16-17 October. The vessel arrived and tendered NOR on 15 October. However, no berth was available and no cargo was loaded. On 4 October, Ukraine had adopted a resolution introducing export restrictions for various cereal products, including corn, although the resolution was not published until 19 October 2010. On the same day, Ukraine also issued an Order setting a quota for corn export, although this Order was not published until 27 October 2010.

Up until 29 October 2010, in communications between the parties Venus said that the vessel would remain at the load port ready to load the goods, and that she was ready, willing and able to do so. Venus maintained that Nidera was obliged to have the goods ready for delivery at any time within the delivery period. Nidera stated that they did have cargo available, but due to reasons out of their control the vessel had been unable to berth for loading before the restrictions came into force, and was unable to do so after the restrictions came into force. They sought to rely on the prohibition clause in the GAFTA contract (the Prohibition Clause), in the terms that follow:

In case of prohibition of export, blockade or hostilities or in case of any executive or legislative act done by or on behalf of the government of the country of origin of the goods, or of the country from which the goods are to be shipped, restricting export, whether partially or otherwise, any such restriction shall be deemed by both parties to apply to this contract and to the extent of such total or partial restriction to prevent fulfilment whether by shipment or by any other means whatsoever and to that extent this contract or any unfulfilled portion thereof shall be cancelled…”1.

In relation to delivery under the contract, Clauses 6 and 8 of GAFTA 49 state:

Nomination of Vessel- Buyers shall serve not less than ……………consecutive day’s notice of the name and probable readiness date of the vessel and the estimated tonnage required. The Sellers shall have the goods ready to be delivered to the Buyers at any time within the contract period of delivery.

The contract period of delivery shall be extended by an additional period of not more than 21 consecutive days, provided that Buyers serve notice claiming extension not later than the next business day following the last day of the delivery period. In this event Sellers shall carry the goods for Buyers’ account, unless the vessel presents in readiness to load within the contractual delivery period.

Should Buyers fail to present a vessel in readiness to load under the extension period, Sellers shall have the option of declaring Buyers to be in default …”

The GAFTA arbitration tribunal determined that Nidera’s termination on 2 November 2010 was unlawful and therefore a repudiatory breach of contract, as Venus had validly extended the delivery period pursuant to the terms of Clause 8. Nidera appealed, and the issue on appeal was therefore the legal question of whether Venus were entitled to extend the delivery period pursuant to Clause 8.

Arguments in the appeal

Nidera argued that the effect of Clauses 6 and 8 is as follows:

Venus argued that Clause 8 should be interpreted with reference to the commercial context of the document as it would be understood by working traders and business people, rather than as analysed by lawyers. Although Clauses 6 and 8 may well be intended to deal with the situation where a buyer needs an extension of time to nominate and present a vessel, that does not mean that this is the only situation in which an extension can be sought. The first sentence of Clause 8 in unequivocal and unqualified and means what it says – that there will be an extension of the delivery period if notice is presented within the required time limit. This, it was argued, is what the contract would mean to a reasonable person. There is nothing express in Clause 6 and Clause 8 that qualifies or limits the buyer’s right to seek an extension and, when the whole of Clauses 6 and 8 are read together, there is nothing that can be implied to qualify or limit the buyer’s right to seek an extension.

The decision of the Court

The Court held that there was no sound basis for departing from what the first sentence of Clause 8 appears to say on its face: where a timely notice is served, there is an unqualified right of extension for a buyer under Clause 8.

This decision provides useful clarity on a clause in a widely-used standard form contract. The Court noted that the Clause 8 construction issue was viewed in the context of an unmodified provision in a standard form contract used all over the world from day to day, designed to enable traders to make contracts speedily. There must be a very compelling case to limit clear and unqualified words in such a contract where it would not be obvious to a trader that they have such a limited meaning.

Parties contracting on GAFTA 49 should therefore assume that provided notice is served in time, the buyer has an unqualified right to extend the delivery period under Clause 8.

HFW acted for Venus and was successful in defeating the appeal. The HFW team was led by Partner Damian Honey, with the assistance of Senior Associate Rebecca Lindsey and Associate Michael Buffham. 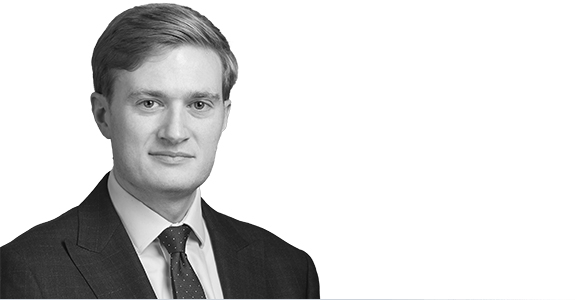