The Ninth Circuit held that there is some leeway in the relationship between state and federal law on the OCS, including the application of state labor laws. The Fifth Circuit, however, had held that state law is only applicable when federal law is silent on an issue. The Supreme Court unanimously rejected the Ninth Circuit holding and adopted the Fifth Circuit approach, creating clarity around an obscure portion of law.

Brian Newton (“Newton”) worked for Parker Drilling Management Services (“Parker”) on drilling platforms off the coast of California. He would work 14-day shifts on the platforms, each shift day lasting 12 hours. The rest of the day, he would remain on standby during which time he was not allowed to leave the platform. Parker would only compensate Newton for his 12-hour shift. Newton filed a class action against Parker in California state court arguing that California’s minimum wage and overtime laws required Parker to compensate Newton for the time spent on standby. Parker removed the case to federal court. The District Court ruled for Parker and applied the Fifth Circuit precedent that under OCSLA, state law applies only when it is necessary to fill a significant void or gap in federal law.

Newton appealed to the Ninth Circuit, which vacated and remanded the District Court’s decision. The Ninth Circuit held that state law is applicable if the law is not inconsistent with existing federal law. The Ninth Circuit determined that, in this case, the California wage and hour law did not have any inconsistencies with the Fair Labors Standards Act (“FLSA”) because the FLSA allows for more protective state wage and hour laws. Therefore, the California law could apply and Newton could recover wages for all the time that Newton spent on standby along with the higher California minimum wage rate.

Because of the significant disagreement between the Circuits, the Supreme Court granted certiorari ultimately overturning the Ninth Circuit decision. The Supreme Court notes that the text and context of the OCSLA suggest that state law was not meant to govern the OCS. The Court looked at its pre-OSCLA decisions and, while none of the prior cases addressed this precise question, each decision would make little sense if the OCSLA treated the OCS as an extension of the adjacent State. The Court’s understanding of the OCSLA remains as follows: All of the laws governing the OCS are federal laws, and state law serves a supplementary role only where there is a gap in federal law. If a federal law addresses an issue on the OCS, then state law is pre-empted.

In regards to Newton’s claim against Parker, the court vacated the decision of the Ninth Circuit finding that federal law already addresses the issue of standby pay and minimum wage rate therefore California’s laws were inapplicable to Newton’s OCS-based claims. The case was remanded for further proceedings consistent with the Court’s opinion.

For companies who operate on the OCS surrounding the jurisdiction of the Fifth Circuit, there is not going to be a substantive change in case law since the Supreme Court upheld the Fifth Circuit precedent. The tangible factors to consider when approaching an OCSLA governed case is whether a federal statute is directly on point or if there is a “gap” that needs to be filled by state law. State law can only be applied if there is a gap in federal law. This does create a benefit to companies who operate on the OCS outside of multiple states as it creates a more consistent application of law and avoids conflicting rulings depending on which side of the state line their rig is located. On the other hand, this holding might be unwelcomed by companies that have relied upon beneficial state laws in the past. The further reliance on federal statutes creates situations where overly broad laws may not apply as well to unique local situations. 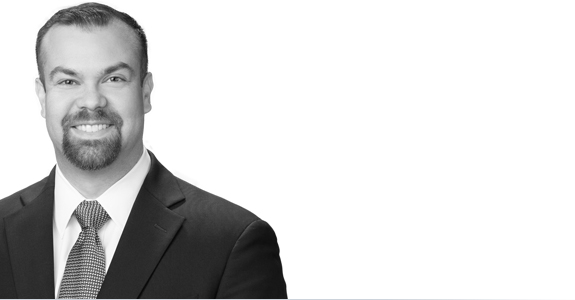