US/EU Covered Agreement: Can the UK benefit from Brexit?

The Bilateral Agreement between the United States of America and the European Union on Prudential Measures Regarding Insurance and Reinsurance, or the covered agreement as it is more commonly known (Covered Agreement), was signed on 22 September 2017 and was approved by the Council of the EU on 6 April 2018.

The agreement is viewed positively by most on both sides of the Atlantic as it calls for an eventual end to collateral and local presence requirements for EU and US reinsurers, which have long been an issue for reinsurers. There are suggestions that EU insurers may be able to reclaim as much as US$40bn provided as collateral in the US.

Purpose of the Covered Agreement

The ultimate aim of the Covered Agreement is to remove completely collateral and local presence requirements (and to encourage the exchange of regulatory information between the respective supervisors) but, in the first instance, the US has agreed to remove gradually the amount of required collateral by 20% per year for the first 5 years. In return the EU has agreed not to impose local presence requirements.

The agreement is an improvement from the previous condition that meant that non-US insurers were required to collateralise fully their reinsurance obligations to US ceding insurers. US insurers and reinsurers were also describing difficulties with some EU member states’ implementation of Solvency II regardless of the US’s provisional 10 year equivalence.

So what does the Covered Agreement actually say?

In respect of reinsurance, the Covered Agreement eliminates collateral and local presence requirements as conditions to entering into a reinsurance agreement. Therefore, it prohibits a US state regulator from imposing on an EU assuming reinsurer either collateral or local presence requirements that it does not also impose on a local US assuming reinsurer as a condition to a reinsurance agreement, and vice versa. There are certain financial and contractual conditions that need to be met but for international insurance entities this should not be a problem.

On group supervision, the agreement also allows reinsurance groups operating in each others’ market to be subject to worldwide prudential insurance group oversight only by the supervisors in the home jurisdiction. Essentially, this precludes EU insurance supervisors from applying Solvency II group-level solvency and capital standards to US insurance groups.

In respect of information exchange, the agreement encourages both parties’ supervisory authorities to cooperate in exchanging information in accordance with the practices set out in the memorandum of understanding annexed to the agreement.

Regardless of all its potential benefits, the Covered Agreement will be of no use to the UK from 31 December 2020 as that is (at the time of writing) the end of the UK’s transition from the EU. What options are therefore available to it post-Brexit?

In the immediate aftermath of Brexit, insurers authorised in the UK could potentially rely on the proposed amendments to the National Association of Insurance Commissioners’ (NAIC) Credit for Reinsurance Model Law and its Credit for Reinsurance Model Regulation, which come into force on 1 January 2019. Once these amendments are implemented by a US state, it will allow foreign reinsurers from “qualified jurisdictions” (the UK being one) to post significantly less than 100% consumer protection collateral (that is, where reinsurers are providing insurance to other insurance companies that are providing cover for US policyholders) for US claims, provided the reinsurer is evaluated and certified by the NAIC, which shouldn’t be an issue for international insurance entities.

So far 42 US states have passed legislation to implement these changes. This represents more than three quarters of direct US premium, and there are indications that more states will soon join, which would raise the total market coverage to over 90%.

If the NAIC models are not applicable then there is the potential for the UK to agree a deal with the US. There is no reason why the Covered Agreement cannot be used as a template. On paper, the US/UK “special relationship” means that a deal is likely but, as with any trade deal with political implications, timing may be an issue, at least for the UK. The UK will no doubt look to seal a deal either within the transition period or soon thereafter. Using the Covered Agreement as a template can therefore help in achieving this.

When the NAIC held its first meeting since the Covered Agreement on 20 February 2018 delegates had a lot of positive things to say about the Covered Agreement but the general consensus was that another covered agreement is not the answer. Delegates were more interested in either extending the Covered Agreement to non-EU countries (by an, as currently non-existent, accession process) or by the NAIC extending collateral elimination to all NAIC qualified jurisdictions (which at present include Bermuda, France, Germany, Ireland, Japan, Switzerland and the UK).

Delegates from qualified jurisdictions outside the EU argued for an extension of the elimination of required collateral to reinsurers in their jurisdictions. They say that extending it to reinsurers in the EU and not to those outside (which, they view as having equally rigorous insurance regulatory systems) gives EU reinsurers an unfair advantage in the marketplace. This is very interesting for the UK as, on withdrawal from the EU, the UK will transition from being a qualified jurisdiction as part of the EU to outside the EU and is widely viewed as having a sound regulatory system based on the EU Solvency II framework.

It is difficult to say for certain whether the UK will be able to secure a covered agreement with the US or the terms of any deal. The consensus is that a deal is more than likely but the UK’s deal with the EU may make a deal with the US more complicated. Historically the US has been more central to London market’s development than the EU and it may be that there is a renewed focus on the US. The UK has a respected regulatory system and is likely to secure Solvency II equivalence but it could be that aligning UK regulation more closely with the US is decided as the way to go. Post-Brexit there will be an appetite to develop and grow business in new markets, so insurers may look to grow their connections. Whatever the outcome and initial period of flux, there is no suggestion that the UK cannot adapt and continue to prosper.

Some FAQs on the Covered Agreement

When does it come into force?

It came into force on the date of signing, 22 September 2017, but the parties have agreed to implement gradually the full provisions over the course of the next 5 years. The US will reduce collateral requirements by 20% per year and in return the EU will not enforce local presence requirements.

Is it legally binding?

Yes. The agreement was negotiated pursuant to the EU Treaty on the Functioning of the EU and the US Dodd-Frank Wall Street Reform and Consumer Protection Act. It is legally binding and can, subject to the mechanism in the agreement, be terminated with 180 days’ notice.

Does it apply to existing reinsurance contracts?

Unfortunately not. It only applies to contracts entered into following the date of the agreement, 22 September 2017.

Can the provisions be amended?

Although the text of the Covered Agreement is final and binding, the agreement provides for a mechanism whereby the parties will meet regularly with a view to discussing its efficacy and whether any amendments are necessary.

Will it apply to the UK after Brexit?

To read the full copy of the Covered Agreement please click here.

To read the full copy of the NAIC model law please click here:

To read a full copy of the NAIC model regulation please click here. 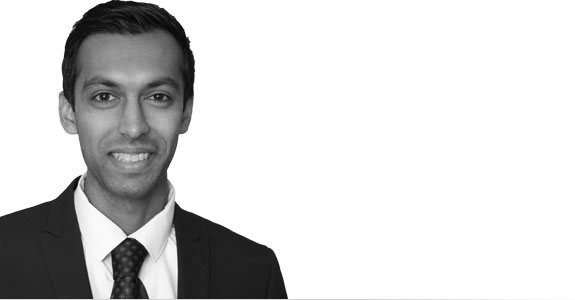