Following the heightening of tensions in the Sinai region and the recent terrorist attack on the “Cosco Asia” whilst transiting the Suez Canal, it has been reported that some 80,000 Egyptian troops have been deployed to ensure that Canal security remains tight and transits remain unaffected.

Analysts have suggested, however, that this may not be sufficient to police the entirety of the Canal and that the situation has the potential to worsen.

In light of this, and the potential for the Joint War Committee to include the Canal and indeed parts of the North African coast as a Listed Area, it is prudent for shipowners and charterers to consider and remind themselves of their rights and obligations under their existing and future contracts of carriage and their potential exposure should the situation develop further. Some guidance is available from decisions in relation to previous closures of the Suez Canal and, more recently, the rise of piracy in the Gulf of Aden and Indian Ocean and we summarise the key principles below.

Can owners refuse to proceed via the Suez Canal on grounds of risk of terrorism?

The starting point in a time charterparty context is that whilst charterers can give orders as to routing and the owners/the Master are contractually bound to follow legitimate orders, the Master of course retains ultimate control of the safety or security of the vessel, her crew and her cargo.1 The main question therefore is the severity of the risk and the assessment made by the Master.

Where the charterparty contains a War Risks Clause, such as Conwartime or Voywar, the issue is whether in the reasonable judgement of the Master, the vessel, her cargo, crew or other persons on board the vessel may be, or are likely to be, exposed to war risks. This was considered in The Triton Lark2 case in the context of piracy.

The test established in that case would be the same in relation to dangers faced by vessels transiting the Suez Canal as a result of terrorism or acts of war, as these all fall within the definition of “war risks” for the purposes of the clause. The Court in the Triton Lark held that owners could only refuse where there was a “real likelihood” that the vessel will be exposed to piracy and that:

1. The likelihood must be based on evidence rather than speculation.

2. It includes an event that is more likely than not to happen, but also an event which has a less than even chance of happening, although a bare possibility would not be included.

The degree of probability can be reflected in phrases such as “real danger” or “serious possibility”.

Following the recent decision in the Paiwan Wisdom3, if the charter provides for worldwide trading, there is no general requirement that the relevant risk must have increased materially since the date the charterparty was fixed for the provisions of the Conwartime to apply. In other words, owners will still be entitled to refuse a future order to transit the Canal if it appears in owners’ reasonable judgement when the order is given that there is a real likelihood of exposure to war risks, even if the risk has not increased since the date of the charterparty.

It is notable that in the Triton Lark case the Court clarified that in applying the Conwartime clause, one does not look at the consequences of an attack in order to determine whether the risk of attack is “serious”. A party could not therefore dismiss concerns of, for example, a Rocket Propelled Grenade (RPG) attack on the basis that it is unlikely to do serious damage. The test is whether there is serious likelihood of a RPG attack, not the consequences of such an attack.

Could blockage or closure of the Canal frustrate the charterparty?

Depending on the specific provisions in the charter, owners may be able to argue that performance has been discharged by force majeure and/or Act of God provisions. Force majeure is not a free-standing principle of English law, and parties will need to consider carefully the terms of their contracts, to see which force majeure events are identified in the relevant contract, and whether the events in question actually fall within the parameters of the clause.

If there are no force majeure or Act of God provisions in the charter, the cases from the 1960s and 70s confirm that any closure of the Canal and consequent need to transit via the Cape rather than via the Canal, would not render the voyage performed fundamentally different in kind from that contemplated by the charterparty, even though Cape transit is of course substantially more expensive.

Accordingly, the contract is not frustrated4.

There are two particular exceptions to the rule that proceeding via the Cape will not frustrate the charter:

1. If the cargo is perishable.

2. If the particular route to be taken is the only route permitted under the charterparty – that is to say, the route is integral and a key element of the bargain struck between the parties.

Should the vessel become blocked or trapped within the Canal, a charterparty could conceivably be frustrated depending upon the duration of the charter and the likely duration of the interruption to service. However, it is generally highly unlikely that frustration will occur, as illustrated by the decision in The Sea Angel case5, in which although a salvage vessel was detained for 108 days more than the agreed (20 day) charter period, there was still no frustration in circumstances where the risk of detention was foreseeable. Absent frustration (and/or a breach of charter by either party) in a time charter context, the vessel is likely to remain on-hire whilst trapped/blocked and in a voyage charter context, the owners would bear the risk of delay.

Issues regarding proceeding via the Cape

Shipping consultants have been quoted in Lloyd’s List as saying that modern vessels have the ability to make up the time of proceeding via the Cape by increasing speed, but the issue of course is one of bunkers, especially given the prevailing prices. Should the vessel have the ability to increase speed, but the carrier refuses to do so on the grounds of expense, this could give rise to arguments under the bill of lading in relation to the carrier’s obligation to proceed with utmost despatch, namely that the goods’ arrival should not be delayed as a result of the increased distance. Whether a carrier’s liability in respect of such a delay claim would be exempted under the contract of carriage and/or the Hague/Hague-Visby Rules may be questionable.

It is always necessary to consider whether passage via the Cape would in fact be justified should the Canal close or become blocked. This would of course depend upon how and why the Canal has become blocked and the likely duration of any stoppage. In a time charter context, the charterers will have the difficult decision and owners will simply comply with their orders and rely upon the express or implied indemnity in respect of losses arising as a result of compliance with charterers’ orders. In a voyage charter context, owners have the decision to make and will need to consider their position carefully.

Are owners entitled to refuse to call at Egyptian ports?

Depending on how the situation develops, there may be concerns as to whether Egyptian ports remain safe. During Egyptian protests, some major operators refused to call at some Egyptian ports, and one leading container line refused to call at Egypt’s Port Said because of rioting. If the situation deteriorates, issues may arise as to whether particular ports are safe, whether ports fall within the trading limits in the charter and whether owners are entitled to deviate to another port.

A port is safe if ships can reach the port, use it and return from it without, in the absence of some abnormal occurrence, being exposed to dangers which cannot be avoided by good navigation and seamanship.

Owners will have to review the charter carefully to identify whether they are entitled (by reason of an express clause) to deviate to an alternative port. If so, they need to ensure that they comply with any requirements of that clause, and also that they act properly and as required – i.e. in good faith, not arbitrarily, capriciously or unreasonably. If there is no express right to deviate, owners may seek to rely on the implied right to deviate to save life/property and/or an argument that this is a “reasonable deviation” under the Hague Rules.

It has been reported that the Joint War Committee was due to meet last week (w/c 9 September 2013) and was receiving intelligence reports for the purpose of determining further Listed Areas. The standard regime - where the charterparty contains a Conwartime or similar clause - is that basic insurance remains for owners’ account, but additional premium is for charterers. It remains to be seen what decision will be reached.

It is unclear whether the security situation in the Suez Canal area will deteriorate, or whether the Canal and/or parts of the North African coast will become Listed Areas. However, in light of recent events, owners and charterers will want to keep the situation in the region under close review. If at the time an order to transit the Canal is received, having considered all the relevant facts, there is unlikely to be an attack, an order to transit the Canal would usually have to be performed. If there is a temporary blockade or closure of the Canal it is unlikely that charterparties would usually be frustrated, even if the situation means that a voyage round the Cape is required. 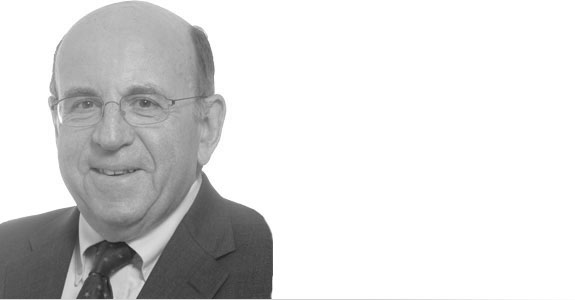