Throwing the keys back: the measure of damages where Charterers redeliver without sufficient notice, April 2015

Time charter redelivery notices are vital for shipowners in planning future employment for their vessels. It is therefore essential that there are clear and simple rules in this area which can be easily applied. However, the judgment in the GREAT CREATION has arguably only muddied the waters in what was already a controversial area.

The vessel was fixed on the NYPE form for 4-5 months, with redelivery between 29 March and 14 May 2010. Charterers were obliged to give 20/15/10/7 day approximate notices of redelivery and 5/3/2 and 1 day definite notices. In mid-April, whilst the vessel was discharging, it became clear that because of voyage delays there would be insufficient time for the vessel to carry out a final voyage, as Charterers had initially planned. Charterers therefore decided to redeliver her asap, and on 13 April tendered a 20-day approximate notice of redelivery. On 14 April, Charterers tendered 15/10/7 day notices, and on 16 April they served 3/2/1 day notices.

On 19 April, Charterers ‘threw the keys back’ and redelivered. That was only six days after they had served their 20-day approximate redelivery notice.

The Owners managed to find a prompt follow on fixture to Oldendorff on 21 April, from Guyana to the Mediterranean/Black Sea and, following an unpaid ballast leg to Guyana, the vessel was delivered to Oldendorff on 30 April, with the charter running until 28 May. However, the net daily rate achieved was only about half of the market rate.

In arbitration Owners were awarded damages of about US$300,000 based on the difference between the hire Owners actually received under the below market Oldendorff charter, and Owners’ estimated earnings under a notional trip time charter which they said would have commenced just after redelivery on 19 April if Charterers had given contractual redelivery notices.

Charterers were, however, successful on their appeal. The judge found that the whole basis of Owners’ analysis of damages was illegitimate. First, the loss of the opportunity to fix the notional charter in the weeks before redelivery on 19 April must have occurred prior to Charterers’ breach in redelivering on that date, and could not therefore have been caused by that breach. Second, damages based on a notional follow-on charter were too remote to be recoverable, because a charterer’s liability under this measure could be unpredictable and disproportionate, and was therefore commercially unacceptable.

The tribunal were, he said, wrong to ‘look back’ at what Owners said they would have earned if they had been given the proper redelivery notices in the 20 days prior to 19 April. He decided that the arbitrators should have ‘looked forward’ and assessed the losses by examining what would have happened if Charterers had given a proper notice on 13 April, and then stuck to it - i.e. so that redelivery would have taken place 20 days later, in early May. The judge also noted that on 31 March, Charterers had no intention of redelivering, since at that time they wished to perform another voyage. As a result any 20-day redelivery notice given could not have been given honestly. The judge contrasted this with a situation where a charterer always intended to redeliver on a set date, but simply forgot to give the required notices, which (if they had) would have been honestly given.

The judge found that the overall effect of Charterers’ failure to give correct redelivery notices was to deprive Owners of hire over the ‘missing notice period’ from the date of redelivery on 19 April until early May, and the judge awarded damages equivalent to the hire payable over that period of US$216,450. No compensation would usually be awarded beyond the end of the ‘missing notice period’, and was not here. The judge held that credit would normally have to be given for earnings from any follow on fixture concluded at market rate, but no credit was appropriate here because the Oldendorff charter was concluded at below market rate, and the market rate never became available during the missing notice period.

This is a Charterer-friendly judgment since it arguably limits an Owner’s damages to a sum equivalent to the hire payable during the missing notice period following a Charterers’ failure to give proper redelivery notices. Although the judge recognised that there might be other cases whose facts did not fit his analysis, some may consider that the ultimate result here was unjust to Owners who were put in a difficult situation through Charterers’ deliberate breach. Whilst the judge considered that if the Charterers had actually redelivered in early May, Owners could not have had any complaints, since they would have received hire to the end of the 20-day period, this is arguably to miss the point. The market rate on redelivery was higher than the charter rate and Owners’ complaint was not that the Charterers had failed to keep the vessel on charter for longer (so earning them more hire), but that Owners had been unable to maximise their earnings from the vessel by fixing promptly at the market rate following redelivery because they had not received the right notices from Charterers.

More importantly for Owners and Charterers, there is now considerable uncertainty as to whether this judgment will be accepted as the orthodox approach to the calculation of damages. For instance, the status of the earlier authorities, which favoured the Owners’ ‘look back’ analysis, is now unclear, as is whether (as the judge hinted) the approach taken in those cases might still apply in the case of a charterer who just forgot to give the right notices. Those unanswered questions have arguably both broadened the scope for disputes to arise, and made consensus on this issue (and therefore prompt settlement by the parties) more difficult to achieve. 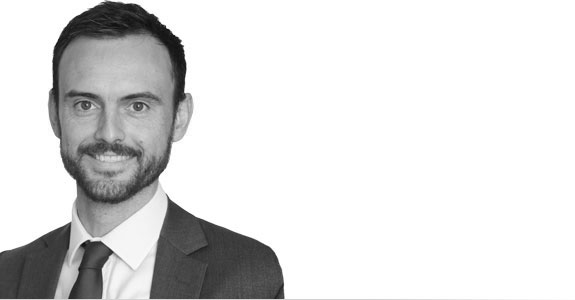