The time for hiding behind the ISM may be over: Libra case acts as a reminder to owners and insurers of the importance of passage planning

For many years, owners have often relied upon simply having a Safety Management System (SMS) in place to demonstrate their due diligence in ship management and providing a seaworthy vessel.

However, in the recent case of the CMA CGM Libra1, the owners were found to have failed to exercise due diligence at the commencement of the voyage – a non-delegable duty. As Senator Smith remarked in 1912, with regards to the Titanic,

“Overconfidence seems to have dulled the faculties usually so alert”.

After exploring the key tenets of seaworthiness and the ISM, we explore these two principles in the context of the Libra case and what this means for owners and insurers in practice.

The common law position is that a seaworthiness obligation should be implied into every contract of carriage. In the majority of charterparties, this implied undertaking is reinforced by an express term to the same effect, indicating that the chartered vessel is to be "tight, staunch, and strong and in every way fitted for the voyage" or words to a similar effect. The seaworthiness obligation is absolute under common law.

"If the defect existed, the question to be put is, would a prudent owner have required that it should be made good before sending his ship to sea had he known of it? If he would, the ship was not seaworthy within the meaning of the undertaking".

If the charterparty and/or the bills of lading incorporate the Hague/Hague Visby Rules, then that absolute obligation of seaworthiness is altered in favour of a due diligence obligation.

The purpose of the ISM code is to provide an international standard for the safe management and operation of ships and for pollution prevention.

As the ISM code reflects industry standards of vessel management, a breach of it may put owners in some difficulty in proving they exercised due diligence. Conversely, adhering to the ISM code may support owners' evidence of their prudence.

Crew negligence is an "accepted peril" according to the Hague-Visby Rules; incompetence is not. However, we do not wish to explore the nuances of a negligence versus incompetence within the scope of this article and, in any event, these are relatively well established. Instead, we will focus more on the vessel's passage plan.

For example, if a vessel ran aground, the burden of proof is on the Claimant to show that the vessel was unseaworthy and that the unseaworthiness caused the incident. If that burden is discharged, the burden passes to Owners to prove that they and those for whom they are responsible exercised due diligence to make the ship seaworthy in the relevant respects and that the incident occurred despite the exercise of due diligence.

One of the ways in which owners could try to evidence their diligence, was to show that the correct company procedures in advising the master and officers on the best practice for preparing a passage plan and conducting a navigational watch, were in place.

In other words, owners needed to show that they complied with the ISM code3, and provided the vessel with a sufficient Safety Management System (SMS), and that an adequate "paper trail" of the same could be shown. This has been the way of things for a number of years.

In the 2019 case of the CMA CGM Libra, Teare J ruled that the defective passage plan rendered the vessel unseaworthy. The CMA CGM Libra case involved a grounding, and found that the vessel’s passage plan was defective as it made no references to uncharted shallows/shoals and did not clearly mark “no go” areas, and as such it was not capable of ensuring the safe navigation of the vessel and/or from preventing impromptu poor decision making.

Teare J suggested that it had been long recognised, that in order to comply with Article III, Rule 1 of the Hague Visby Rules, it is not sufficient that the owner has itself exercised due diligence to make the ship seaworthy. Teare J followed the well-established McFadden v Blue Star Line test outlined above, in that, had the owners known about the defective passage plan, they would have rectified it before sending the vessel to sea.

Although the owners in this case had argued that the passage planning was part of navigation and did not form part of the seaworthiness of the vessel, this was not accepted.

While the owners may have been diligent in having an SMS as required under ISM, they had failed to exercise due diligence at commencement of the voyage to ensure the vessel was seaworthy.

The court found that those servants or agents relied upon by the owner to make the ship seaworthy must show themselves to have done so, as the duty is non-delegable.

The court stated that the decision in this case did not represent a change in the law but it did serve as a useful reminder to vessel owners of their onerous and non-delegable duties in relation to seaworthiness.

Additionally the court stated: “Whenever an owner/operator puts a vessel to sea, they must remember the duty is on them to ensure they exercise due diligence with regards to the safety of the crew, vessel, cargo and environment. Due to the non-delegable nature of this duty, an owner should also ensure that seaworthiness is at the forefront of their servants’, agents’ and crews’ minds at the commencement of any voyage.”

Although the CMA CGM Libra case involved a grounding and, specifically, the lack of "no go" areas, it is conceivable that this ruling could extend into other areas of poor passage planning.

The time has probably now passed where owners can hope to hide behind their SMS. The CMA CGM Libra is a stark reminder of the importance of not only providing a suitable SMS but ensuring and continuing to support and enhance its implementation.

Overreliance on simply having an SMS in place may not be sufficient to defend an unseaworthy claim from cargo interests.

The CMA CGM Libra case reiterates the importance of the ISM code. Regulation 12 of the ISM code requires ship owners to carry out internal safety audits and to periodically evaluate the effectiveness of the SMS. How ship owners choose to do this is up to them.

In any event, what is clear is that masters and crew should keep the importance of passage planning front of mind – before a voyage commences.

For further information, please contact the author of this briefing: 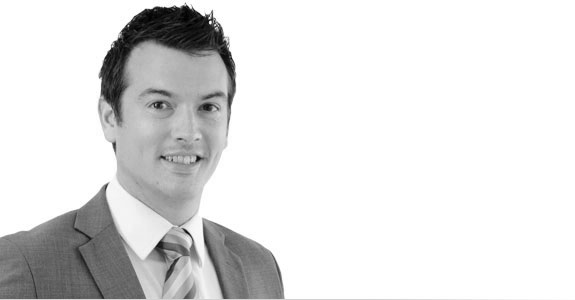