The renewable energy CfD and international trade: is the supply chain plan the weakest link?

The media coverage of the latest UK allocation round for renewables contracts for differences (CfDs) takes for granted that a subsidy is involved, as do government statements. But these statements also publicise the record-low prices and the fact that the scheme protects (rather than is funded by) the UK energy consumer.

Whether there is a subsidy needs to be properly examined, not only in the interests of developers and consumers, but also to evaluate compliance with international trade obligations, particularly following recent developments in the supply chain plan rules.

How do the CfD and supply chain plan rules now work?

CfDs are contracts between the Low Carbon Contract Company (LCCC) and renewable power project developers (generators) which provide for the LCCC to pay the generator the difference between the CfD strike price and the electricity market price, where the latter is higher. The payment goes the other way, where the market price is lower. Variable future revenue is thereby replaced by the fixed income sought by project financiers.

CfDs are awarded through a bid process to the generators willing to accept the lowest strike prices. In the case of offshore wind, the same generators may have also competed in auctions awarding options to enter into agreements for leases to the highest bids. These agreements are with the Crown Estates in England and Wales and with Scotwind in Scotland. Both are government entities and funds generated flow to the government in both cases.

In order to qualify for the bid allocation round (AR), generators with over 300mW of capacity are required to submit supply chain plans (SCPs) for approval by the UK Department for Business Energy and Industrial Strategy (BEIS).

AR4 established a new scoring approach for SCPs which made points available according to different government priorities. 175 out of a possible 500 marks for green growth (and total 2000) are allocated to UK content. Other criteria, such as carbon footprint and alignment with local economic strategies, could also be seen to favour domestic content.

Another new feature is the requirement for compliance with the SCP in order for payment to be made. Failure can ultimately lead to termination of the CfD.

What are the possible consequences under international trade rules?

As a government-owned company, the LCCC is prevented from imposing a requirement which has the effect of reducing imports or which is contingent on the use of domestic over imported goods, under World Trade Organisation (WTO) rules. It must also avoid trade related investment measures requiring the purchase or use of local products generally or in order to obtain an advantage (such as a subsidy).

Similarly, the CfD may not upset the level playing field for open and fair competition and sustainable development between the UK and the EU under the Trade and Cooperation Agreement (TCA), such as where a subsidy has an actual or probable negative effect on UK/EU trade or investment.

These principles are supplemented by detailed provisions and, in the case of the WTO, extensive caselaw. But the following questions remain to be answered:

Ultimately, the WTO and TCA tribunals would have to judge whether this mix of payments to and from government bodies, different rules for different technologies and different sizes of generator and changing market conditions causes a concern.

What is clear, though, is that by introducing a requirement to comply with an SCP the subsidy question has become significant, whereas there would not have been much concern at AR3 or if the AR4 structure had been different.

What can be done?

AR4 bids are still being considered, but the government has recently announced that allocation rounds will now be annual. A consultation process for AR5 is underway until 15 March 2022, along with a call for evidence on aspects of the SCP arrangements for which the deadline is 29 April 2022.

Now would be the time for developers to feed back any concerns about the new SCP arrangements. 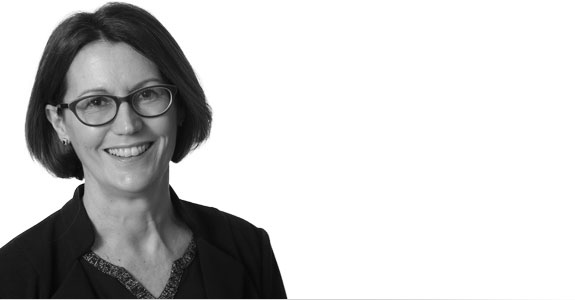