Decree n°2019-1082 of October 25, 2019 regarding the regulation of motorized personal transport vehicles has provided long-awaited answers to the process of approval and circulation of electric scooters. However, some questions remain.

Electric scooters and other Personal Mobility Devices ( “Engins de Déplacement Personnel Motorisés” in French) occupy an important place in the urban landscape. These new means of transport have become an integral part of public spaces in France.

At a breakfast meeting on September 17, 2019, Ghislain Lepoutre of HFW’s Paris office and Matthieu Hugonnenc of the consulting firm TGS x GM Consultant discussed the “new stakes and challenges relating to Personal Mobility Devices” in their respective capacities as lawyer and expert.

Since then, the French legislature has implemented a legal framework regulating personal mobility devices. However, there are still plenty of insurance issues that need to be considered:

This briefing aims to answer these questions.

What insurance is required for scooters with “assisted” propulsion?

The electric scooter has become ubiquitous on the market. However, besides the electric and manual scooter, there is also the so-called “power-assisted” scooter.

It differs from both a manual scooter and an electric scooter, as it has a motor but also moves forward by the push provided by the user, which is enhanced by electric assistance. Power-assisted scooters are comparable to electric bicycles, which also benefit from human propulsion, which they enhance.

In terms of traffic regulations, the power-assisted scooter is clearly subject to the same traffic rules on the road as the electric scooter. In fact, the electric scooter is defined in article R. 311-1 of the French Traffic code ( Code de la route) as a “motorised personal transport vehicle”, i.e. a “vehicle without a seat, designed and constructed for the movement of a single person and devoid of any equipment intended for the transport of goods, equipped with a non-thermal engine or a non-thermal assistance and with a maximum speed by construction of more than 6 km/h and not exceeding 25 km/h. It may include accessories such as a bucket or a small bag”*. Like the electric scooter, the power-assisted scooter is therefore a “motorised personal mobility device” and not a “non-motorised personal mobility device” which can be defined as “a small size vehicle without a motor”.

Considering the compulsory insurance requirement for land motor vehicles, a distinction can be drawn between electric and power-assisted scooters. Electric scooters are subject to a motorised land vehicle insurance requirement because they qualify as a motorised land vehicle within the meaning of Article L. 211-1 of the French Insurance Code ( Code des assurances), which defines the latter as a “self-propelled vehicle intended to travel on the ground and which is operated by mechanical force without being linked to a railway track, as well as any trailer, even if uncoupled”*. A self-propelled vehicle is a vehicle providing its own propulsion. It would therefore be technically incorrect to consider power-assisted scooters as “self-propelled vehicles” because they cannot move forward if the user stops propelling them. Power-assisted (non-self-propelled) scooters are therefore, in theory, not subject to the compulsory insurance requirement for land motor vehicles. In this respect, their situation is similar to electric bicycles, which do not have to be covered by the said land motor vehicle insurance.

What about insurance coverage for electric scooters without speed restrictions?

The decree of October 25, 2019 provides that only electric scooters with a maximum speed of 25 km/h are authorised to travel on public roads. The penalty for breaching this regulation is a 5th class fine. Non-motorised personal transport vehicles may also be subject to removal, impounding and confiscation (R. 321-4-2 of the Code de la route).

For instance, in recent cases involving unrestricted scooters and mopeds, the French Cour de cassation has held that in the absence of a clear and precise question asked by the insurer, there has not been a misrepresentation or non-disclosure by the policyholder (Cass., civ. 2nd, 4 July 2019 n° 18-19242, Cass, civ. 2nd, 7 March 2019, n°17631082).

The Cour de cassation refused to order a forfeiture of coverage on the basis that: “it had not been established that the insurer had, when taking out the contract, asked Mrs V. a specific question on the cylinder capacity of the insured engine; the Court of Appeal decided from this that the contract was not null and void”*.

What about insurance for electric scooters operating outside urban areas?

The new article R. 421-43-1 -I of the Code de la route stipulates that in urban areas, non-motorised personal mobility device drivers must use bicycle lanes or paths. When the roadway is bordered on each side by a bicycle lane, they must use the lane on the right-hand side of the road, in the direction of traffic.

If there are no bicycle lanes or paths, non-motorised personal mobility device drivers may also drive:

On the other hand, motorised personal mobility devices are prohibited outside of the city, except on greenways and cycle paths.

However, insurers will find it difficult to waive cover if an electric scooter accident occurs outside an urban area.

In certain exceptional cases, such as the use of an electric scooter on a highway, it could perhaps be argued that the non-motorised personal mobility device driver has committed wilful misconduct such that he or she would be deprived of coverage, but it is unlikely the court would accept such reasoning.

Indeed, the Cour de cassation upholds allegations of wilful misconduct by drivers of land motor vehicles only in exceptional cases. For instance, this was the case when a car driver tried to cross a river with a vehicle not adapted to this use (Cass. Civ. 2, 12 September 2013, N°12-24650). 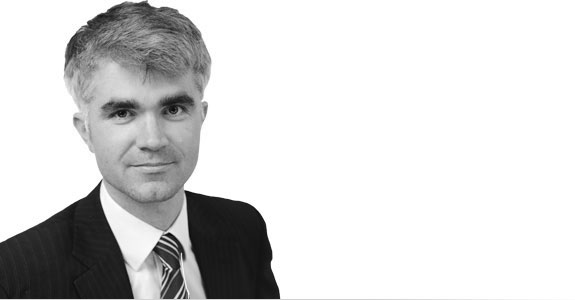