The Montréal Convention 1999 in Nepal: Greater certainty regarding passenger claims or added confusion?

On 23 August 2018, the Federal Parliament of Nepal passed a proposal to accede to the Convention for the Unification of Certain Rules for International Carriage by Air 1999 (MC99).

This  move by the Nepalese parliament is a milestone for the country, and will bring Nepal into the fold with the other 132 member states of MC99. However, the extent to which it will impact the levels of compensation recoverable by international passengers flying to and from Nepal is uncertain.

The decision to accede to MC99 was made by the Government of Nepal after it determined that the regime under the Amended Warsaw Convention no longer addressed sufficiently the challenges and risks associated with air travel.

In the Government's proposal to Parliament, it explicitly stated that MC99 should apply only to international flights. With regard to domestic flights, the proposal went on to provide that a separate domestic law will be enacted in the future to cater for domestic air carriage.

The implications of MC99's ratification

One of the challenges of dealing with claims in Nepal is the notable absence of any prescribed or judicially accepted methodology for the assessment of damages in cases of death.

The Nepalese civil code seeks to address this by prescribing the level of damages payable in certain specific circumstances. For example, in road accidents compensation of approximately US$8,000 is fixed as compensation for death cases irrespective of the circumstances of the deceased. In relation to domestic air carriage (absent any specific legislation prescribing the levels of compensation payable), liability for death or bodily injury is limited to an unbreakable US$20,000 by the terms and conditions of carriage applied universally by Nepalese domestic operators.

What is clear from the above is that the Nepalese courts are very comfortable with awarding fixed levels of damages as compensation in death cases, without regard to any analysis of the circumstances of the deceased.

Prior to the implementation of MC99, the consensus of those Nepalese lawyers we have consulted is that, absent any other guidance, the Nepalese courts would probably apply the Article 22 limit, i.e. US$20,000, as the appropriate measure of damages in the case of death of a passenger on an international flight - assuming the Carrier sought to rely upon those limits and succeeded in that regard.

However, MC99 does not prescribe any limits of liability for death or bodily injury and thus provides no guidance for a Nepalese court on the appropriate quantum of damages in death cases.

In circumstances where the Nepalese courts are not bound by precedent, it is extremely hard to predict how a judge would choose to assess quantum in the circumstances.

There are, however, some possible outcomes:

Whilst Nepal is to be applauded for aligning itself with the majority of international states by ratifying MC99, the impact on the vast majority of carriers operating international flights to Nepal will be marginal.

This is because a significant majority of the international passenger traffic to Nepal is composed of tourists on round-trip carriage from countries other than Nepal; the majority of which already will be subject to the provisions of MC99.

The major impact will be in relation to passengers travelling on round-trip tickets to Nepal or flying with Nepalese operators which, in the main, will comprise Nepalese nationals.

The assessment of the quantum of damages in death cases for this category of passenger will be subject to significant uncertainty in the absence of the establishment of a clear methodology for the quantification of damages by the Nepalese courts.

That said, it is almost certain that the level of damages awarded following the implementation of MC99 will be higher than was potentially the case when the Amended Warsaw Convention applied.

For further information as to the impact of this or other aviation legislative change, please contact the authors of this briefing: 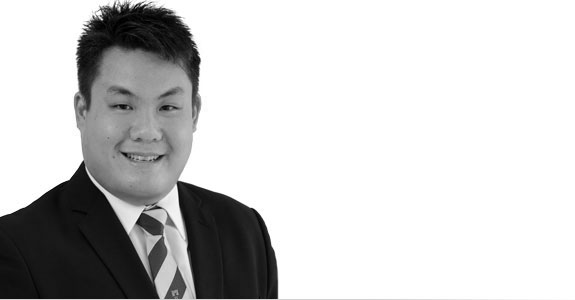