The Evolution of Insurance Related Dispute Resolution in  UAE

A recent decision of the Abu Dhabi Court of First Instance has shed new light on the interpretation of recent legislation governing insurance related disputes in the UAE.

The Abu Dhabi CFI in Case 1391/2018 dismissed a claim by an insured against an insurer on the basis that the Claimant had failed to follow the correct claims procedure as set out in Federal Law No. (3) of 2018 on the Amendment of Certain Provisions of Federal Law No. (6) of 2007 Concerning the Establishment of the Insurance Authority & Organization of its Operations. The amended Law came into force on 1 May 2018 (following publication in the Official Gazette [Issue No. 629/48] on 30 April 2018) and is intended to reduce the time and costs associated with processing insurance claims and resolving disputes.

Article 110(1) of the new Law sets out the process by which insurance claims are to be handled internally by insurers. This section obliges insurers to adhere to the following procedures, in accordance with applicable legislation and the provisions of insurance policies:

Article 110(2) empowers the Insurance Authority to form specialised dispute resolution committees which will settle disputes arising out of insurance contracts. Either party may appeal the decision of the Insurance Authority committee to the Court of First Instance within 30 days. However once this period has elapsed, the decision of the committee becomes final and binding (see Article 110(4)).

The CFI noted that the claim had not yet been considered by an Insurance Authority committee and as the claim had been filed on 30 May 2018, 30 days after the new Law was ratified, the Court dismissed the case for failure to comply with Article 110(3).

What does this mean?

While the new Law has been in effect for nearly four months, this case suggests that the Courts will not consider insurance related claims unless the requirements of Article 110 are complied with. This will apply not just to future cases, but to all cases filed since 1 May 2018.

Although Article 110(1) suggests that the disputes to be heard by the specialised committees will be those arising from complaints by Insureds against Insurers, the wording of Articles 110(2) and 110(3) is broader and suggests that all claims arising out of insurance contracts (regardless of which party seeks to bring a claim) may be caught by this wording, although we are not aware of any cases before the Courts relating to claims brought by Insurers, as yet.

This approach represents a significant shift in the resolution of insurance related disputes in the UAE (however please note that as the UAE does not have a system of binding precedent, it is yet to be seen whether all Courts will choose to follow this approach).

Article 110(2) grants extensive powers to the new dispute resolution committees, including the power to compel documentation as necessary, to seek the assistance of experts and witnesses and to adopt any alternative measures required for the settlement of disputes. It remains to be seen how certain aspects of the new system will operate in practice.

Questions also remain in relation to how the new committee procedure will interact with the court process, in particular the effect of the new procedure on limitations of actions under Article 1036 of the Civil Code (Federal Law No. 5 of 1985).

No doubt further clarity will be provided in relation to these issues once the new system is fully operational. 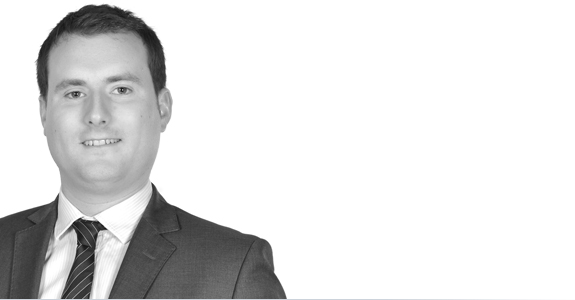