The leak of the “Panama Papers” in April 2016 led to a great deal of interest in the ownership structures behind many companies. It could be assumed that in the light of the additional information becoming easily available it would be more likely that there would be a flurry of cases attempting to “pierce the corporate veil.” The reality is that three recent decisions have highlighted that the Courts will not easily be persuaded.

The principle of the corporate veil as a means to distinguish a company as a legal person separate from its shareholders is well established in English law, having existed since at least 18971.

In 1897 there was the first reported attempt at piercing the corporate veil, which was rejected by the House of Lords. Needless to say since this date there have been numerous subsequent attempts to pierce the corporate veil in order to grant a remedy against not only the company, but also against the individual(s) who owns and/or controls it.

In 2012, when HFW previously wrote a briefing (www.hfw.com/Piercing-the-Corporate-Veil-Dec-2012) on this topic, we had just pierced the corporate veil in the Caterpillar Financial Services (UK) Limited v Saenz Corp Limited, Mr Karavias, Egerton Corp and Others2. Since 2012 others have similarly attempted to pierce the corporate veil with less success.

Indeed one of the cases referred to in our 2012 briefing, VTB Capital Plc v Nutriek International Corp & Others3 went to the Supreme Court where the question as to whether to allow the piercing of the veil was sidestepped on the grounds that, even if the veil was pierced, the result would not be to make a company’s controllers party to its contracts with third parties. (This case was featured in our March 2013 Dispute Resolution Bulletin – www.hfw.com/Dispute-Resolution-Bulletin-March-2013).

Shortly after the VTB Capital case there was another Supreme Court case, Prest v Petrodel Resources Limited and Others4, which arose from a divorce. The question in this case was whether the court had the power to order the transfer of seven properties to the wife given that they belonged not to the husband but to his companies.

While the case does refer in some detail to s24 of the Matrimonial Causes Act, Lord Sumption, in the leading judgment, usefully provides a detailed overview of the cases on piercing the corporate veil since 1897. He also stated, “I think that the recognition of a limited power to pierce the corporate veil in carefully defined circumstances is necessary if the law is not to be disarmed in the face of abuse.5”

Lord Sumption went on to set out two distinct principles, which he called the concealment principle and evasion principle. In his view the concealment principle did not involve piercing the corporate veil as the court is only looking behind the corporate structure to discover what it is concealing. The evasion principle is different in that the court may disregard the corporate veil if there is a legal right against the person in control of it which exists independently of the company’s involvement, and a company is interposed so that the separate legal personality of the company will defeat the right or frustrate its enforcement.

Lord Sumption agreed with the six principles, set out in an earlier 20096 lower court family case, that provided a guide to piercing the corporate veil:

These six principles Lord Sumption considered, with approval, were added to by the Court of Appeal in VTB Capital7:

In Prest Lord Sumption found that ultimately it was unnecessary to pierce the corporate veil as the properties, while legally vested in a company, were beneficially owned by the husband and therefore should be transferred to the wife.

While irrelevant to the case, but nevertheless important, it was also found that, the court would pierce the corporate veil only so far as it was necessary in order to provide a remedy for the particular wrong which those controlling the company had done.

Since Prest there have been a number of cases where attempts have been made to pierce the corporate veil under the Proceeds of Crime Act 2002 (POCA). This act allows the Crown to confiscate property/assets if it is found that the defendant has financially benefited from crime.

The details of the Boyle Transport case are not relevant, but it was found that while the piercing of the corporate veil in criminal confiscation cases has “not been rare” the relevant principles are the same as espoused in Prest.

One aspect that has been considered in relation to POCA in deciding whether the assets of a company may be seized is whether there is a sole owner and controller of the company. If there is, then it is more likely that an order for confiscation will be made. However the Boyle Transport case indicated that even if there is a sole owner (or, as in this case, two people who were the “operating minds”) this in itself will be insufficient to justify treating the company as an alter ego of the defendant.

The Court of Appeal in R v Jacqueline Powell & Jonathan Westwood (concerning environmental pollution) also emphasised the need for there to be a legal right against the person controlling the company that exists independently of the company. In this case pollution arose causing the Crown to incur clean up costs, however it was the company that had incurred the obligations to comply with the legislation and failed, not the directors/owners. As such there was no legal right to claim against the owners and so the corporate veil could not be pierced.

A final case that emphasises the difficulty arose under Scottish Law but went to the Supreme Court in London. Mr Campbell was injured while working for a company that was owned solely by Mr Gordon. In accordance with Scottish legislation Mr Gordon’s company was obliged under statute to have insurance that would cover injury to employees. While the company did have insurance, it did not have appropriate cover to pay out to Mr Campbell for the injury he suffered. As a result Mr Campbell brought a claim against Mr Gordon as the company had become insolvent. The Supreme Court found against Mr Campbell by a 3:2 majority finding that the lack of appropriate insurance could lead to criminal liability but not a civil liability. Lord Carnwath in the leading judgement stated that, “The veil of incorporation is pierced for a limited purpose. It arises only where an offence is committed by the company, and then in defined circumstances imposes equivalent criminal liability on the director... on the basis, not that he is directly responsible, but that he is “deemed to be guilty” of the offence committed by the company.”

It is clear from Prest that the courts would prefer not to pierce the veil where there is an alternative means to obtain the same effect. Even when it would seem that there are public policy reasons to pierce the corporate veil, as in Campbell, the courts are reluctant. The corporate veil therefore remains strong but not impenetrable if there are no other justifiable means for it to be pierced. 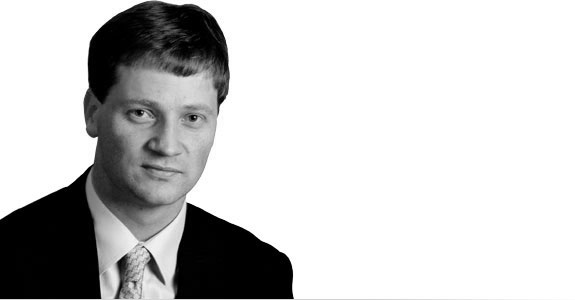