The United States Court of Appeals for the Fifth Circuit recently sent a certified question to the Texas Supreme Court asking whether a policy-language exception to the eight-corners rule—i.e., that the eight-corners rule does not apply to policies lacking language requiring an insurer to defend its insured “even if the allegations of the suit are groundless, false or fraudulent”—is a permissible exception under Texas law.

Specifically, in Richards, a 10-year-old boy was killed in an all-terrain vehicle (“ATV”) accident while under the temporary care of his grandparents. The boy’s mother sued the grandparents, and the grandparents asked State Farm to defend them. State Farm initially defended the suit under a reservation of rights but later sought a declaration that it had no duty to defend or indemnify based on extrinsic evidence that State Farm argued fell within two exclusions of its policy.

State Farm and the grandparents filed cross summary-judgment motions, and the grandparents argued that, under Texas’s eight-corners rule, State Farm could not rely on extrinsic evidence to prove up a policy exclusion. The United States District Court for the Northern District of Texas disagreed and ruled that the eight-corners rule did not prohibit consideration of extrinsic evidence in the underlying case because the rule applies only to insurance policies that explicitly require the insurer to defend “all actions against its insured no matter if the allegations of the suit are groundless, false or fraudulent”, language which was not present in the underlying policy.

The Texas Supreme Court was asked to consider whether the underlying ruling was permissible under Texas law but was not asked to issue a ruling on whether it expressly recognized any exception to the eight-corners rule.

It is often the case that the petition states a claim that could trigger the duty to defend, but the petition is silent on facts necessary to determine coverage. In such cases, some courts often allow extrinsic evidence on coverage issues that do not overlap with the merits in order to determine whether the claim is for losses covered by the policy. The Fifth Circuit did not ask for our opinion on that practice, so we express none. We also reserve comment on whether other policy language or other factual scenarios may justify the use of extrinsic evidence to determine whether an insurer must defend a lawsuit against its insured. The varied circumstances under which such arguments for the consideration of evidence may arise are beyond imagination. We do not purport to resolve any matters or foreclose any arguments not directly raised in this certified question.

The Texas Supreme Court also addressed a separate opinion from the Fifth Circuit, Northfield Ins. Co. v. Loving Home Care, Inc., 363 F.3d 523, 531 (5th Cir. 2004), in which the Fifth Circuit made an Erie guess—if a state’s highest court has not ruled on an issue, a federal court must make an Erie guess and determine as best it can what the state’s highest court would decide—and determined that Texas would permit the use of extrinsic evidence for purposes of analyzing the duty to defend when (1) it is initially impossible to discern whether coverage is potentially implicated and (2) the extrinsic evidence goes solely to a fundamental issue of coverage which does not overlap with the merits of or engage the truth or falsity of any facts alleged in the underlying case. The Texas Supreme Court stated it has never had occasion to address this exception but has twice acknowledged its widespread use.

Ultimately, Richards leaves unanswered the question as to whether the Texas Supreme Court will recognize an exception to the eight-corners rule. The fact that the opinion addressed other courts’ recognition of an exception to the eight-corners rule, and that it has twice acknowledged its widespread use, leaves carriers free to take the position that extrinsic evidence is permitted to analyze the duty to defend under Texas law. But, until the Texas Supreme Court expressly rules on this issue, carriers should do so with caution. 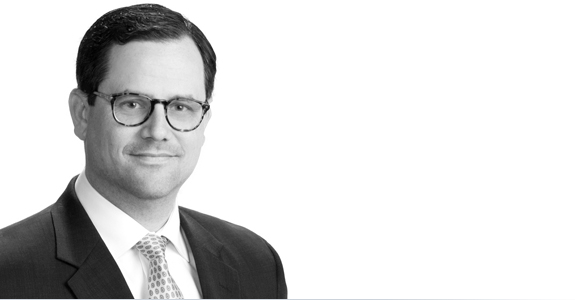