Inland waterway transport plays a vital role within the sustainable transport and logistics sector, particularly within the EU. There are over 200 inland ports in Europe with more than 37,000 kilometres of waterways and many of the important European industrial centres can be reached by inland navigation1.

Inland waterways offer a more sustainable and economical form of inland transport compared to road and rail transport. Researchers have calculated that rail and truck transport respectively emit around 39% and 371% more CO2 than transport by inland barges and vessels 2.

There are numerous advantages of inland waterway transport. Noise levels are low, there are low levels of energy consumption and most importantly, this form of transport has a low carbon footprint 3. Linking inland waterways to rail, road, and short-sea shipping networks, may also help to relieve traffic congestion at major ports. Systematic barge congestion has been a significant problem for a number of years with larger vessel prioritisation, dwell times and capacity issues impacting services4. However, utilising wider multimodal opportunities could ease barge congestion and in turn assist in the development of a more sustainable distribution solution5.

Despite being more energy-efficient than other current forms of transport, inland waterways are under-utilised in Europe. According to UNECE data collected in 2018, inland water transport in the pan-European region accounted for merely 3.2% of the total inland freight transport which was significantly less in comparison to road transport (64.47%) and rail transport (32.4%) 6.

Although most of the vessels operating on these waterways are low in emissions compared with other forms of transport, they are not low enough to meet the developing global standards. Presently, the majority of vessels operating on inland waterways use internal combustion engines which emit various types of greenhouse gases, potentiality inhibiting the more regular utilisation of inland waterway transport.

There are numerous regulatory incentives that are driving change in the transport and logistics sector. The EU is targeting a 55% reduction in CO2 emissions by 2030 and a fully climate neutral economy by 2050, in line with the Paris Agreement 7. The 2019 European Green Deal also reiterates the aim of achieving a climate neutral continent by 20508. 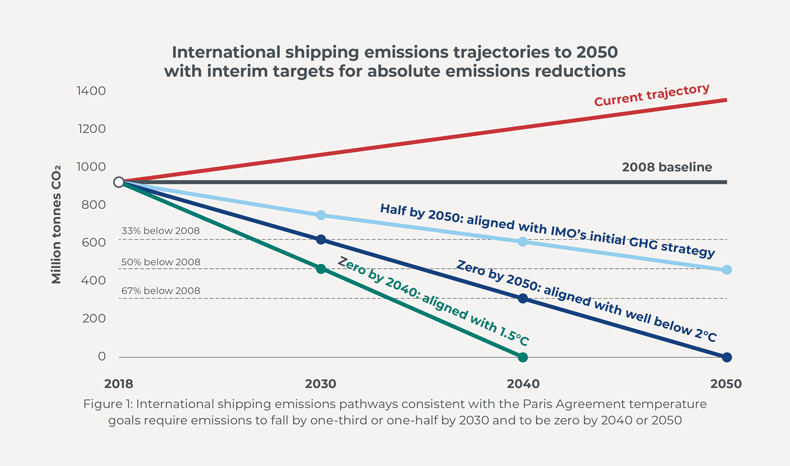 On 9 December 2020, the European Commission published its EU Strategy on Sustainable & Smart Mobility (SSMS) which looks to increase inland water transport by 25% by 2030 and by 50% by 2050. Furthermore, in June 2021, the European Commission tabled a 35-point action plan, namely the NAIADES III, with the core objectives being: (1) to shift more cargo by way of Europe’s inland waterways; and (2) to facilitate the transition to zero-emissions barges by 2050, in line with the SSMS and European Green Deal 10. To achieve these ambitious aims, a substantial proportion of the 75% of inland freight currently carried via road will need to shift onto rail11 and inland waterways12.

Notwithstanding the potential costs of regulation compliance, with the increasing demand and scrutiny from consumers and other stakeholders, the concerns surrounding sustainability could result in companies increasing their use of inland waterways alongside traditional routes to offset or decrease environmental damages.

Green methanol: Methanol is a cost-effective fuel and whilst a vessel is operating, methanol is chemically uncomplicated to convert. Methanol is starting to become more explored commercially with shipping giant Maersk securing methanol for the world’s first container vessel operating on carbon neutral fuel13 and opting for methanol as a fossil fuel alternative in the near future14.

Hydrotreated Vegetable Oil (HVO): HVO can be used to power barges on inland waterways15. There are various benefits of using HVO including cleaner smoke and quieter engine noise. In addition, the engine does not need to be upgraded (so HVO can be easily implemented), it can reduce particulate emissions by up to 90% and it is up to 30% lower in nitrogen oxide outputs. Most importantly, HVO is over 90% carbon neutral. However, the primary issue with HVO is that there is no established market and thus, a lack of availability.

Electric/battery power: Powering inland waterway vessels using batteries is another viable solution. Some inland vessels are already currently sailing using electricity (although these are mainly ferries and pleasure boats)16. The EU-funded Current Direct project has introduced a swappable battery solution with one or more lithium-ion batteries being installed in a swappable container, or e-house. The project estimates that the use of swappable batteries connected to an energy-as-a-service platform can potentially reduce European water transport emissions by up to 482,000 metric tonnes of CO2 equivalents each year17.

To achieve these targets, inland waterways themselves need to be engineered in order to make them more efficient and navigable. The European Commission will propose measures in order to encourage zero-waste technology and zero-emissions for vessels and inland ports. The European Commission has also proposed action in relation to smart inland waterway transport. This would assist the sector in keeping up with digital developments so that it becomes easier for inland waterway transport to integrate into the broader multimodal chains and for it to become an active part of it 18. The Commission has also proposed actions to encourage the use of inland waterways and to encourage more of the EU Member States to join the interconnected waterway network which could reveal more new and efficient transportation routes in the continent.

The NAIADES III action plan further proposes the revision of the Combined Transport Directive 19 which supports the shift to lower emission transportation modes including inland waterway transport. This is due to the Inception Impact Assessment Roadmap that was adopted by the European Commission in 2021 with a view to revise the Combined Transport Directive, which noted that the Directive is outdated in many aspects and thus low in its effectiveness and in order to achieve the ambitious aims of the EU, would require amendment20.

There are also projects such as the Interreg Green WIN project which seeks to lower the CO2 emissions emitted at pumping stations on inland waterways. Pumping stations on inland waterways require large amounts of energy to pump water uphill and upstream. As such, the project is using laboratory trials to optimise processes, pumping technologies and systems in order to reduce CO2 emissions 21.

There are notable financial barriers that inhibit the shift to using inland waterway transport. Solutions such as HVO have so far not been transparent in their costs which creates uncertainty for potential users. Moreover, whilst it has been noted that customers in the sector would be happy to bear the costs of zero-emissions shipping services, tanker and dry bulk services are less willing to pay such a price. It is evident that there would have to be a cost reduction in the alternative fuels available so that the shift to using carbon-neutral fuels is facilitated 22. Canals in the inland waterway network are expensive to maintain and build in the first instance and adequate water supplies can also be an issue to maintain, particularly during the summer months. In some instances, this is a crucial issue as the use of a number of canals depend on a suitable supply of surface water23. The recent low water levels on Germany’s River Rhine attest such an issue, with barges moving at just 20-30% of capacity due to draught limitations24.

As inland waterways are still an underused form of transport, there is some ambiguity surrounding related regulations. As such, a clear understanding of the legal requirements and necessary paperwork needed to cross various national borders is imperative which can, in some cases, be a complicated and time-consuming administrative process.

In order to maintain trajectory to reach zero-emissions in the EU by 2050, education is crucial. There must be a broader understanding of the improvements that can be made to the technical performance of vessels and the emission reducing technologies available to operators.

Nevertheless, the transfer of freight to inland waterways within the UK still faces numerous challenges, as identified by the International Water Association (IWA):

However, success stories such as the Humber Estuary and the Manchester Ship Canal in the UK should assist in promoting the utilisation of inland waterways. The Humber Estuary is one of the busiest waterways in the UK with over 30,000 international shipping movements each year 26. As the Manchester Ship Canal connects Manchester with the coast it also provides access to the city for larger ocean-going vessels, therefore providing operators with worthwhile opportunities27.

Ultimately, it is clear that close cooperation is required between stakeholders in the maritime industry and those involved in the supply chain in order to encourage the transition to inland waterway transportation and increase the share of freight carried by this mode of transport so as to continue work towards a carbon-neutral EU by 2050.

Read the other parts of our Logistics Sustainability Series:

We are committed to using our legal and sector expertise, networks and corporate responsibility initiatives to enable sustainable practices across all of our operations and the industries that we service, and to drive meaningful and lasting change. Click here to visit our dedicated sustainability hub. 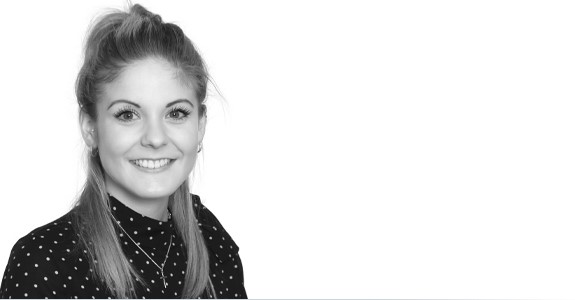