In M/V Pacific Pearl v Osios David1, the High Court has held that an LOU containing a sanctions clause was in a ‘reasonably satisfactory form’ where there was an ‘Iranian nexus’, but that the recipient of the LOU was not obliged to accept it either by an express or implied term of the CJA.

Article was first published by Lexis®PSL on 28 October 2021

Following a collision between vessels in the Suez Canal, the defendant owners sought security for their claim from the claimant owners, whose vessel had been en route to discharge her cargo in Iran. It was held that the incorporation of a sanctions clause in the letter of undertaking (LOU) offered by the claimant’s insurers did not render this form of security unsatisfactory.

The practical ability to effect payment, which is relevant when a nexus with a sanctioned country is established, is an important factor for P&I Clubs to consider when providing security for a claim. It was held, however, that the defendant was under no obligation to accept the LOU, even if it was in reasonably satisfactory form. No such obligation was to be implied into the parties’ Collision Jurisdiction Agreement (CJA). The judge held that, had the parties intended to impose such an obligation, thereby denying a party the right to arrest, this would have been an express term of the CJA. A term would only be implied if, in its absence, the CJA lacked commercial or practical coherence.

What are the practical implications of this case?

The case has important implications for P&I Clubs and other insurers as sanctions add considerable complexity in the provision of insurance cover and provision of benefit such as security for claims.

A connection with a sanctioned country introduces a higher risk of non-payment by banks, even if a transaction is not prohibited or sanctionable. As such, it is reasonable for P&I Clubs to insert sanctions clauses in security documents that reflect the banks’ position. In practice, the risk of non-payment exists irrespective of the form of security (ie arrest of vessel or provision of an LOU) that the recipient obtains. However, the recipient of P&I Club security with a sanctions clause that is in a reasonably satisfactory form is not obliged to accept it.

It was accepted that the P&I Clubs’ preferred approach was to effect payments wherever possible and not hide behind sanctions clauses, as their reputation is at stake, and it was accepted that the inclusion of a sanctions clause was not associated with an intention to ‘avoid’ making a payment but rather with a more proactive and realistic stance. Both shipowner members and Clubs are interested in ensuring that sanctions are not breached and that the security offered is appropriate.

Courts will be reluctant to imply terms in CJAs. If parties wish to impose an obligation in their agreements that the party seeking security must accept a ‘reasonably satisfactory’ form of security, this should be clearly set out. Otherwise, unless the contract lacks practical and commercial coherence, such a term will not be implied.

What was the background?

The dispute arose out of a collision between 3 vessels, namely, Panamax Alexander (owned by the claimant), Osios David (owned by the defendant) and Sakizaya Kalon (not involved in the present case), in the Suez Canal in July 2018.

Osios David and Sakizaya Kalon were at anchor at the time and it became clear within a short timeframe that the claimants’ vessel was responsible for the accident. Panamax Alexander was destined to discharge a cargo of barley in Iran, establishing an ‘Iranian nexus’ that was of crucial importance in the case.

The defendant owners and their insurers sought security for their claim.

The claimant and their P&I Club (Britannia) offered an LOU by way of a slightly amended market standard ASG1 wording, including a sanctions clause to the defendant. This was rejected and followed by the arrest of a vessel in associated ownership with Panamax Alexander in South Africa.

The claimant argued that this amounted to a breach of clause C of the CJA (which had been agreed on slightly amended market standard ASG2 wording). As such, they sought to recover the expense incurred by the arrested vessel in this action.

The defendant’s P&I Club (Standard) was particularly concerned about the inclusion of a sanctions clause in the LOU, as they argued that this created a significant risk of their claim being unsecured and the risks, generated by the fact that there was an Iranian nexus, being transferred from the claimant to the defendant.

Britannia provided a revised wording of the LOU, which was the subject of further debate between the parties. With no agreement having been reached, the claimant commenced proceedings in July 2019 seeking damages and declaratory relief.

What were the issues before the court?

What did the court decide?

On the first issue, the judge held that the LOU offered by Britannia was in a reasonably satisfactory form.

The question of what was reasonable was to be determined by applying an objective standard by reference not only to a reasonable person in the position of the proposed recipient of the LOU but also taking into account the legal and practical difficulties that led the Club to insert a sanctions clause.

It was held that it was not unusual for a Club’s LOU to include this type of clause where there was a connection with Iran. This is justified by the fact that the potential application of sanctions causes practical difficulties for P&I Clubs, in particular because banks’ ‘low-risk tolerance attitude’ may cause difficulty in making payments when there is an Iranian-nexus. The extent to which the same reasoning would apply in cases involving a sanctioned country other than Iran is presently unclear.

The judge, however, clarified that the effect of the sanctions clause was ‘clearly suspensory’. In the event that payment would be unlawful or in the event that a bank was unwilling to pay, Britannia was obliged to use reasonable endeavours (or potentially ‘all reasonable endeavours’) to obtain whatever permits were reasonably available in order ‘to enable the payment to be made’.

In addition, the inclusion of a prima facie ‘reasonable’, instead of ‘best’, endeavours obligation did not cause the LOU to be unsatisfactory. Even if the owners of Osios David were to receive payment for their losses through the sale of a vessel under arrest, the risk of non-payment due to the Iranian nexus could still not be avoided. The sanctions clause reflected that commercial reality.

On the second issue, the court decided that an obligation to accept a security which has been tendered in a reasonably satisfactory form was not to be implied into the CJA. The judge held that the recipient of an offer of such security retains the choice of whether to accept the security or to arrest. A term would only be implied if, in its absence, the CJA would lack business efficacy, or to put the test another way, it lacked commercial or practical coherence.

There was no such requirement in this case and it was determined that if the parties had intended to remove the option to arrest, this would have been made clear in the CJA.

Article was first published by Lexis®PSL on 28 October 2021 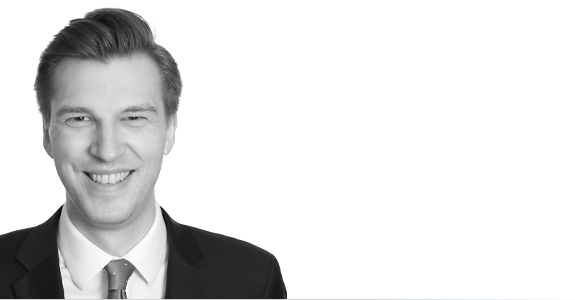