The latest version of the International Air Transport Association’s (IATA) Standard Ground Handling Agreement (SGHA) went live on 1 January 2018. We consider the main changes introduced by SGHA 2018 – an industry standard template for airlines and handlers that has been the benchmark for more than 25 years.

The 38th edition of IATA’s Airport Handling Manual (AHM) is now live. The AHM includes the latest iteration of the SGHA, reflecting developments both within aviation and more widely, emerging out of consultation and input from airlines, handling companies and other industry stakeholders.

Many of the changes are merely editorial, amending SGHA 2013. However, some amendments are significant and focus on operational practices, improvements in standards, training, insolvency, indemnity claims and compliance generally. We have briefly reviewed the key changes in the Main Agreement and Annex B and considered what they might mean to users.

New clause 3.3 of SGHA 2018 prohibits self-handling when a carrier has already outsourced it under the SGHA. In Europe, for example, the 1996 EU Ground Handling Directive (96/67/EC) opened the ground handling market to competition and has retained the carrier’s general freedom to self-handle at an airport.

This new clause will protect handling companies, should an airline attempt to circumvent an unfavourable contract and simply ‘in-source’ its requirements.

However, in practice, it is difficult to envisage this happening, unless an airline has sufficient resource (such as personnel and ground support equipment), ready to step into the shoes of an incumbent handler. Most airlines’ operations are lean and are becoming increasingly leaner.

IATA has expressly referred to its resolutions and standard practices as benchmarks for handling company service delivery, listing them verbatim in new sub-clauses 5.3 (a) and (b).

The training provisions in new clause 5.6 set out handling agent awareness of rules and regulations as a minimum and cross refer to the IATA materials in clause 5.3.

Of course, carriers will have their own ground operations manual, further service provider policies, codes of conduct, guidelines on approach, customer care (such as a customer charter), style and even branding. Handling companies are often the face of an airline at an airport. Airlines must supply sufficient information to enable handling companies to perform handling properly (new clause 5.1).

SGHA 2018 has crystallised broader audit rights under clause 5.9 to enable other carriers within an IATA audit pool to audit the handling company for the benefit of that pool. There are currently 37 airlines in the ISAGO Audit Pool, which can benefit from shared operational audit reports for the same handler at a given airport.

Pay what you owe

Amended clause 7.3 and new clause 7.4 grant the handler rights to suspend services if the airline fails to pay or demand immediate prepayment or cash in the event of insolvency. Given historical liquidity issues that some airlines have faced, it is perhaps surprising that these clauses have not been previously introduced into the SGHA. It does not mean that handling companies will be anything other than unsecured creditors for unpaid invoices. Depending on the governing law of the SGHA, any prepayments or cash advancements might fall foul of applicable local insolvency regulations.

Carrier insolvency may also have wider implications. For example, the UK CAA suspended Monarch Airlines’ AOC when it declared insolvency in October 2017, forcing it to cease its operations with immediate effect. They no longer needed ground handling services.

Elsewhere, under clause 11.11, any revised charges will now require consultation within the first 30 days prior to any changes taking effect, within 60 days of notification. Clause 11.13 allows adjustment in the event of mandatory minimum wage laws being enacted. It recognises the reality that minimum wage laws will continue to have a material impact on a handler’s employment cost base.

Carriers are now required to notify handlers promptly, should they make an indemnity claim for damage to cargo under clause 8.6, and such claims must now be submitted within two years of the time limit under Article 31.2 of the Montreal Convention 1999 (MC99). Failure to do so may invalidate the claim if the handler is materially prejudiced.

There was some confusion in SGHA 2013 on the time limit applicable to an indemnity claim by a carrier. The confusion was caused by the phrase: “Any claim shall be submitted within the time limits set out in article 31.2 of the Montreal Convention 1999”. Article 31.2 sets out the Convention time limits for the submission of claims by the person entitled to delivery in respect of damaged and delayed cargo, these being 14 and 21 days respectively. It does not address claims by a carrier against a ground handler.

Some thought the wording in the 2013 edition simply meant that an indemnity claim from the carrier would be invalid unless the consignee had brought a claim within the 14/21 day time limit. Others have argued that the carrier itself would also have to seek an indemnity within these time limits.

The new wording may have been designed to clarify the position by stating that carriers must notify handlers of any indemnity claim within two years of the 14/21 day time limits with which a consignee must comply. If so, the wording could have been improved.

Also, what is the position with completely lost cargo? Article 31.2 of MC99 does not prescribe an initial time limit for claims for lost cargo, although any right to damages will be extinguished if proceedings are not brought within two years (Article 35).

It will be interesting to see how indemnity claims are managed and whether internal airline processes to track and monitor cargo claims develop as a result. Improvements may occur if airlines take advantage of more detailed documentation requirements for cargo consignments and irregularity handling (in 5.3.1 and 5.7 respectively of Annex A).

SGHA 2018 does not fully address data protection, despite widening the definition of Tickets to cover eTickets. The original clause 5.10 of SGHA 2013, which stated that “in the provision of the services, the Parties agree to comply with any applicable data protection laws”, has been deleted.

Data protection has been added to the compliance checklist under clause 1.1 of SGHA 2018. Arguably, this change has the effect of elevating data protection to the level of anti-bribery, anti-competition and child labour prohibitions. Furthermore, it is also reasonable to not overload the SGHA with data protection legalese.

However, retaining the original clause 5.10 would perhaps have been prudent, given the stricter privacy legislation en route (e.g. GDPR in the EU), heightened public awareness, privacy campaigns and activism.

The provisions governing travel document checking in section 2.2.3 of Annex A appear to be more balanced, obliging handlers to share the risk of administrative fines for immigration breaches. This issue may become more important especially with certain countries having enacted stricter immigration rules (and blue passports).

In 2013, IATA’s Ground Handling Council approved the use of yellow pages to publish text to amend the Annex B in the years between new SGHA versions. SGHA 2018 Annex B has now fully incorporated yellow pages in paragraph 8. Going forward, this will provide some flexibility in the baseline template.

In conclusion, SGHA is an effective and useful contractual tool for the industry. However, it is only a baseline. From an operational perspective, one size does not fit all. The parties should not abandon freedom of contract principles and continue to adapt their contracts to meet their bespoke operational needs. 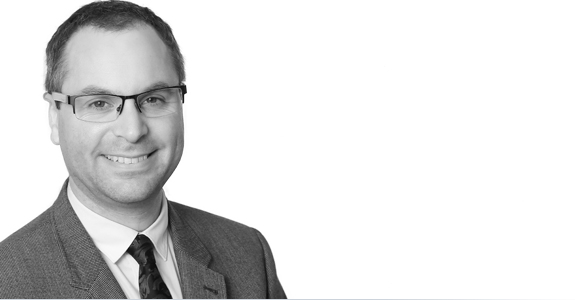