Following a public consultation in June this year, on 3 November 2014 the Singapore Exchange (SGX) introduced a new regulatory framework governing secondary listings. The new approach removes the requirement for additional oversight and continuing listing obligations for companies applying for a secondary listing who have their primary listing in a developed jurisdiction (the definition of this phrase is discussed below).

Under the previous regime, all companies seeking a secondary listing on SGX were subject to a full review of the primary exchange’s legal and regulatory framework, to determine whether it was equivalent to the SGX and whether any enhancements were required. Where areas related to interested person transactions, acquisitions, realisations and delistings were found to require enhancements, the continuing listing obligations in Chapters 9, 10 and 13 of the SGX Listing Manual were imposed.

There were two main catalysts for a change in the regulatory framework of secondary listings. The first was a perceived uncertainty amongst market professionals and participants with regard to how the SGX approached applications for secondary listing and the standards and requirements that had to be met. Officials at the SGX acknowledged that there is an element of uncertainty in the way SGX has acted in the past. Now that the new regulations are in place, SGX is confident that the regulation with regard to secondary listings is clearer for both companies and investors. The second reason is to try to improve the reputation and standing of the SGX as an international exchange. Whilst Singapore is known to be a major financial centre, its stock exchange has suffered from low trading volumes and weak valuations in comparison with, for example, Hong Kong for many years. It is hoped that the new rules will encourage the secondary listing of more international companies which will in turn improve the trading volume and raise the SGX’s appeal for large initial public offerings. The new framework distinguishes between whether a company’s primary exchange is in a “developed” or a “developing” jurisdiction. A developed jurisdiction is one which both FTSE and MSCI classify as developed. The market classifications of these index providers are well-established, independent and are a reliable assessment of a country’s economy and capital market. There are currently 23 jurisdictions which have been categorised as “developed” by FTSE and MSCI, including Australia, UK, USA and Singapore. The SGX treat all other countries as “developing”.

Companies from a home jurisdiction categorised as a developed market and which are able to meet SGX’s admission standards can now be secondary listed without a full review of the primary exchange’s legal and regulatory framework, and without imposition of the continuing listing obligations set out in Chapters 9, 10 and 13 of the SGX Listing Manual. The company must however, maintain its primary listing on the home exchange and remain subject to all applicable listing rules of that home exchange (Rule 751 of the SGX Listing Manual, Mainboard Rules as amended on 3 November 2014).

This new approach relies on the home exchange taking the primary regulatory role and administering their rules in order to maintain the level of regulation sufficient to provide appropriate shareholder protection and corporate governance standards.

Secondary listing applications received from companies with a primary listing in a “developing” jurisdiction will, as previously, be subject to a full review of the home exchange’s legal and regulatory requirements and may result in the imposition of the SGX Listing Manual’s continuing listing obligations.

Companies listed under the previous secondary listing regime with primary exchanges in developed markets which, at the time of their listing, were subjected to the continuing listing obligations in Chapters 9, 10 and 13 of the SGX Listing Manual, will no longer have to comply with these obligations as of 3 February 2015 (three months after the effective date of the new regulations). Existing listed companies from developed markets which were not subject to the continuing listing obligations at the time of their listing, and existing listed companies from developing markets, will not be affected by this regulation change. 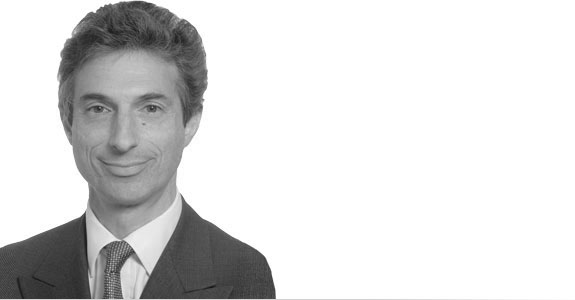