On 23 January 2020, the U.S. Environmental Protection Agency (EPA) and the Department of the Army (Army) finalized the Navigable Waters Protection Rule to define “waters of the United States” and establish federal regulatory authority under the Clean Water Act of 1972 (CWA)1.

The purpose of this rule was for agencies to streamline the definition of “waters of the United States” and organize four simple categories of jurisdictional waters. These categories provide exclusions in order to clearly eliminate water features from CWA protection that traditionally have not been regulated. In narrowing this term, the intent is to increase the predictability and consistency of the CWA by clarifying the scope of the definitional (and jurisdictional) phrase “waters of the United States.” For the first time the EPA and the Army are recognizing the difference between federally protected wetlands and state protected wetlands. This rule is significant because it determines where the federal government can prohibit or require permits for activities and land development.

Prior to the CWA, controlling and redressing water pollution largely fell to the U.S. Army Corps of Engineers (USACOE) under the Rivers and Harbors Act of 1899. Congress has striven to uphold the integrity of the Nation’s waters by maintaining federal authority over those waters, while simultaneously adhering to their long-standing policy directive to preserve the States’ primary governance over land and water resources. In an effort to restructure the meaning of “waters of the United States,” the EPA has instituted a two-step process to provide certainty to the regulated community and the public. On 22 October 2019, the EPA and the Army published Step One, which set out to repeal the 2015 rule2 defining “waters of the United States” and recodify the regulatory test that existed before the 2015 rule. This final Step One rule became effective on 23 December 2019. The Navigable Waters Protection Rule (Step Two) (the Final Rule), published on 22 October 2019, will redefine “waters of the United States,” and will become effective 60 days after publication in the Federal Register.3 The current regulatory definition under 40 CFR 230.3(s) is still in effect until the Final Rule goes into effect.

Congress, in the CWA, explicitly directed the agencies to protect “navigable waters.” The Final Rule regulates these waters and the core tributary systems that provide perennial or intermittent flow into them.

Under the Final Rule, four categories of waters are federally regulated as “waters of the United States:”4

The Final Rule also details 12 categories of exclusions, listed below, that are not “waters of the United States.” Such features include those areas that only contain water in direct response to rainfall (e.g. ephemeral features), such as groundwater, ditches, prior converted cropland, and waste treatment systems, in addition to:

The purpose of the Final Rule is to clarify the key elements framing the scope of the federal CWA jurisdiction, as well to as provide consistency by removing the proposed separate categories for jurisdictional ditches and impoundments. The rule will also refine the proposed definition of “typical year,” which provides important regional and temporal flexibility, and ensures jurisdiction is being accurately determined in times that are not too wet and not too dry. In addition, the rule will define “adjacent wetlands” as wetlands that are meaningfully connected to other jurisdictional waters, therefore removing any non-qualifying wetlands from regulatory oversight.

Moving Forward Under the New Rule

The Final Rule has narrowed the scope of the definition of “waters of the United States.” As it was argued by the agencies, the previous 2015 rule was overreaching and hampered private construction and economic growth.5 In comparison, the new Final Rule limits the definition of “waters of the United States,” consequently expanding the waters subject to regulation by states. Given the changing landscape, the Final Rule should be reviewed by the inland oil and gas industry, agriculture, and state and local governments working in small bodies of water. Although the Final Rule may not directly impact the commercial aspects of shipping and offshore oil and gas production, it remains to be seen how the States will interpret its scope. The consequence of a deregulated federal presence may incentivize more States to enact their own laws possibly compromising uniform regulation and making it more challenging for industries to operate in multiple fora. 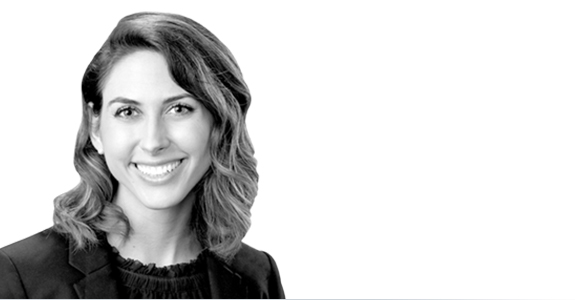