Hong Kong has for some time been known as a favourable place for ship arrest. A party may apply for an arrest in Hong Kong relatively easily, at low cost, with low risk and without being required to give counter-security.

This reputation may have improved further in light of the High Court judgment in Handytankers KS v Owners and/or Demise Charterers of Alas (the ALAS)1 and the subsequent application for leave to appeal which was rejected by the Court of Appeal2.

In the reasons for decision handed down on 9 July 2015, the Court of Appeal confirmed that a cause of action in rem remains available even after a final award has been obtained – so long as that award remains unsatisfied. The in rem claim, however, must still fall – and most importantly, be framed - within the admiralty jurisdiction. That is, the claim must fall and be framed within one of the categories of claim listed in section 12A(2) of the High Court Ordinance (Cap.4) (the ordinance).

The Court of Appeal decision does not, for the reasons set out below, apply to judgments.

Although Hong Kong is a party to the New York Convention, which provides for mutual enforcement of arbitration awards, the process of enforcement is likely to be too slow to obtain a successful arrest of vessels which by their very nature are mobile. Therefore, the decision in practice may prove to be a useful weapon in a party’s armoury to obtain security for an in rem cause of action, if they have failed or been unable to obtain security earlier.

Facts of the ALAS

The plaintiff obtained a final London arbitration award (the award) in March 2013 as a result of the defendant’s failure to pay hire due under a time charterparty. As at April 2014, the award remained unsatisfied and accordingly, the plaintiff invoked the Hong Kong Admiralty Court’s in rem jurisdiction under section 12A(2)(h) of the Ordinance: “any claim arising out of any agreement relating to the carriage of goods in a ship or to the use or hire of a ship” and arrested the DEWI UMAYI. In its supporting affidavit, the plaintiff made it clear that the arrest of the vessel was not for the purpose of enforcing the award in its favour, but in order to provide security for the judgment it expected to obtain in the Hong Kong in rem proceedings.

The defendant submitted that the security arrest was an abuse of process and ought to be set aside, as the arrest was in fact a means of enforcing the award. It also argued that the court had no admiralty jurisdiction in respect of the claim.

The court agreed that section 12A(2) of the ordinance does not extend to a claim arising out of an arbitration award. However, the court also held that the plaintiff’s in rem arrest was not an enforcement of the award. The in rem cause of action arose out of “the use or hire of a ship” for the unpaid hire and breach of the charterparty (within section 12A(2) of the ordinance).

English cases, post 1997, are not binding in Hong Kong, but they are often referred to for guidance. The court distinguished the ALAS case from the House of Lord’s judgment in THE INDIAN GRACE (No 2)3 and followed the principles of the THE RENA K4, THE TUYUTI5 and the Hong Kong case THE BRITANNIA6, holding that although the in rem cause of action might ordinarily have merged in the award so as to bar a fresh action upon it, it did not do so here as a result of the “no bar rule” recognised in THE RENA K, by which a cause of action in rem does not merge in a judgment in personam, so long as (and to the extent that) that judgment remains unsatisfied. THE RENA K also established that the “no bar rule” applies to arbitration awards in the same way as it applies to judgments. The Hong Kong court rejected a submission by the defendant to the effect that in the light of the decision of the House of Lords in THE INDIAN GRACE (No. 2), THE RENA K and the “no bar rule” should no longer be regarded as good law, save in relation to situations involving maritime liens. The court referred to section 5(1) of the Foreign Judgments (Restriction on Recognition and Enforcement) Ordinance (Cap. 46), which prevents proceedings from being started by the same parties in Hong Kong if a valid judgment has been made in another jurisdiction by a foreign court. However, the court held that section 5(1) does not prevent in rem actions from being commenced in Hong Kong where a valid arbitration award has been made in another jurisdiction. The Court of Appeal agreed with the Court of First Instance, pointing out that the question which arose in THE INDIAN GRACE (No. 2) was whether the plaintiff in that case, who had obtained an in personam judgment in proceedings in India, was prevented by section 34 of the Civil Jurisdiction and Judgments Act 1982 (the 1982 Act) from pursuing an in rem action in England, based on the same underlying cause of action. Section 34 has its Hong Kong equivalent in section 5(1) of the Foreign Judgments (Restriction on Recognition and Enforcement) Ordinance, Cap 46 (Cap 46). It was held in the House of Lords (in THE INDIAN GRACE (No. 2)) that the parties in both the Indian in personam proceedings, and the English in rem action, were “the same parties”, and that section 34 operated to prevent the in rem action being pursued, thereby abrogating the “no bar rule” to this extent. It was common ground that section 5 of Cap 46, like section 34 of the 1982 Act, applies only to foreign judgments, and not to arbitration awards. This being the case, the Court of Appeal held that the section had no application, and the “no bar rule” applied so that the plaintiff was not prevented from bringing in rem proceedings, given that the award it remained unsatisfied.

The Court of Appeal’s reasons for their decision in the ALAS are significant as they confirm that security arrests of vessels remain possible in Hong Kong, for in rem claims, even after an arbitration award has been rendered (but remains unsatisfied). However, care must be taken to properly frame the arrest application – the application must not be framed as an application to enforce the award but rather as an ordinary security arrest for an in rem claim.

HFW has considerable experience in the arrest and release of vessels in Hong Kong and elsewhere. 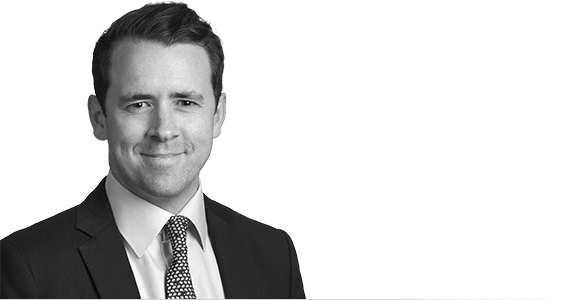