The Offshore Petroleum and Greenhouse Gas Storage Act 2006 (Cth) (Act) is the primary federal statute for offshore oil and gas activities. Changes to the Act took effect on 29 November 2013 and now all proponents who apply for Australian petroleum titles must maintain “financial assurance”.

“Financial assurance” means the titleholder must have the capacity to meet costs, expenses and liabilities related to the petroleum activity including expenses relating to the clean-up or other remediation of pollution. The financial assurance must be in a form acceptable to The National Offshore Petroleum Safety and Environmental Management Authority (NOPSEMA). The amendments to the Act also introduce a new obligation to carry out monitoring of the impact on the environment of an escape of petroleum.

A fundamental driver to the changes to the regulatory framework is the “polluter pays” principle which has come into focus since the uncontrolled release of oil and gas from the Montara Wellhead Platform following a blowout in August 2009. This incident led to a Commission of Inquiry investigating the failings at the platform and the report from that inquiry called for, among other things, amendments to the Act and the Offshore Petroleum and Greenhouse Gas Storage (Environment) Regulations 2009 (Regulations).

This Briefing considers the practical effect of the requirement for financial assurance and environmental monitoring for petroleum titleholders in Commonwealth waters. Our Briefing released on 12 December 2013 (http://www.hfw.com/Offshore-petroleum-industry-December-2013) details other significant proposed changes to the Regulations arising from both the Montara Report and the Federal Government’s proposed streamlining of offshore environmental approvals.

Previously, petroleum titleholders only needed to hold insurance when directed to do so by the responsible Commonwealth Minister. Amendments to the Act now require every titleholder to hold sufficient financial assurance to ensure they can meet the costs and liabilities related to their petroleum activities. The amendments have also granted NOPSEMA the power to make compliance with the financial assurance requirement a condition of granting approval for an environment plan for a petroleum activity.

In October 2013, NOPSEMA issued a policy statement and exposure draft of the Regulations setting out a process for evaluating financial sufficiency. However, these amendments to the Regulations are not expected to come into force until late 2014 at the earliest. In summary, the proposed Regulations require the titleholder, when submitting an environmental plan or a proposed revision of an environmental plan, to give NOPSEMA adequate information that will:

Under the proposed Regulations, NOPSEMA will be empowered to issue a notice requiring the provision of further information. However, neither the draft amendments to the Regulations, nor the policy statement, set out the criteria NOPSEMA will apply in assessing the sufficiency of the financial assurance.

On a practical level, the amendments to the Act do not specify what titleholders are required to do in order to satisfy their obligation to carry out environmental monitoring. However, it is clear that the cost of scientific monitoring is to be borne by the titleholder. The Montara Report described scientific monitoring as monitoring which relates to non-operational issues and includes short-term environmental damage assessments, longer term damage assessments (including recovery), and all post-spill monitoring activities.

A draft information paper on “Operational and Scientific Monitoring Programs” (OSMP), issued by NOPSEMA in December 2012 to address the Montara Report’s recommendations, is the only guidance currently available on what environmental monitoring obligations for environmental plans entail. The information paper sets out the factors that, in NOPSEMA’s view, a titleholder should take into account in designing an OSMP which is fit for purpose. The factors include matters which clearly fall within the scope of post-spill scientific monitoring of environmental impacts such as monitoring of water and sediment quality, fish, seabed flora and fauna and marine wildlife. However, the factors go beyond obvious post-spill scientific monitoring of the environment. For example:

In the event of an incident, where a titleholder does not already have an OSMP in place, the titleholder may be able to comply with its monitoring obligation by consulting with NOPSEMA on a proposal for monitoring the environmental impacts of the escaped petroleum, taking into account the factors raised in the draft information paper.

It is important to note that NOPSEMA’s functions are regulatory in nature. In the event of an escape of petroleum arising from the activities of an offshore facility, the relevant government agency responsible for combating any escape is AMSA. Consequently, titleholders will be required to liaise predominantly with AMSA throughout the response to any such incident.

The Act and Regulations focus entirely upon the titleholder’s obligations which are primary and non-delegable. Whether, and to what extent, a titleholder will have any rights of claim or indemnity from others who may have caused or contributed to a spill will be dependent upon contractual risk allocation. Commonly, rig contracts and offshore support vessel charters specifically allocate risk and indemnities in relation to pollution clean up costs and other pollution liabilities. Frequently, contractor’s/service provider’s liabilities are capped in any event. In practice, any existing risk and indemnity allocations will not be affected by these changes. However, the monitoring obligations may add to the potential liabilities in the sense that the cost of protracted monitoring in the aftermath of a spill would form part of the clean up costs and therefore be a potential exposure which is not easily assessable or quantifiable in advance.

Whilst the Act now requires that petroleum titleholders maintain sufficient financial assurance, it is understood that the amendments to the Regulations, which will incorporate the financial assurance requirements, are likely to be subject to further public consultation. Copies of the relevant documents are available through a link on NOPSEMA’s website (http://www.nopsema.gov.au) 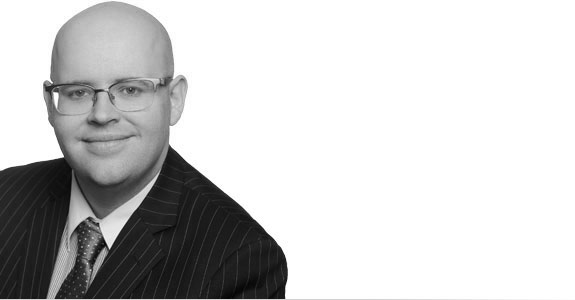