The NSW Court of Appeal has reopened the door for insolvent builders and subcontractors to make and enforce claims under the Building and Construction Industry Security of Payment Act 1999 (NSW), bringing with it the prospect of a spate of fresh security of payment disputes along the eastern seaboard of Australia.

The appellant (Seymour) engaged the first respondent (Ostwald) in connection with a NSW roadworks project. Ostwald submitted a payment claim under the NSW Act for $6.35 million. Seymour responded with a payment schedule in the amount of $2.5 million but did not pay.

In the same proceeding, Ostwald claimed (among other things) the unpaid amount of the payment schedule as a statutory debt under section 16(2)(a)(i) of the NSW Act, in case the Court should quash the determination.

Not long after proceedings commenced, Ostwald’s creditors resolved to wind it up. This led to argument before the Court about whether Ostwald had any rights under the NSW Act at all, given the Victorian Court of Appeal’s decision in Façade. In brief, Façade held that a builder or subcontractor that has gone into liquidation in insolvency could not be said to continue to undertake work or to provide related goods and services, and therefore could not be considered a “claimant” within the meaning of the Victorian legislation3.

At first instance on this question, Justice Stevenson found that Façade was plainly wrong in its interpretation of “claimant” and Ostwald was not prevented from having recourse to the NSW Act. Seymour appealed this and other aspects of Stevenson J’s judgment to the Court of Appeal.

The Court of Appeal agreed with Stevenson J’s judgment in finding that Façade was plainly wrong and should not be followed. Delivering the leading judgment, Acting Judge of Appeal Sackville relevantly held that section 8(1) of the NSW Act (materially identical to section 9(1) of the Victorian Act) does not limit the right to a progress payment to where the builder or subcontractor continued to carry out construction work.

Drawing support from the High Court’s interpretation of the NSW Act in Southern Han Breakfast Point Pty Ltd (in liq) v Lewence Construction Pty Ltd4, his Honour considered that the reference in section 8(1) to a person “who has undertaken” to carry out work is to a contractual undertaking, rather than the physical undertaking of work.

His Honour also reviewed certain policy considerations underlying security of payment (SOP) legislation, as considered in Façade. One of these was the risk of unfairness caused by an insolvent claimant receiving the full amount of its claim while relegating the respondent to an unsecured creditor, which arguably cuts across the interim nature of the relief afforded by SOP legislation. These did not persuade his Honour that parliament had intended to exclude insolvent claimants from accessing the NSW Act. His Honour considered that any potential unfairness could be alleviated by the mutual set-off and cross-claim rights available under section 553C of the Corporations Act 2001 (Cth) that would enable a respondent to:

How will this affect the industry?

Construction industry participants in NSW (and quite possibly other jurisdictions where the SOP legislation is materially the same, including Victoria) should now expect liquidators of insolvent builders and subcontractors to be investigating the possibility of:

For respondents faced with such claims, now is the time to consider potential defences:

The apparent tension between the State SOP legislation and Federal insolvency laws is somewhat ironic, given that a key purpose behind SOP legislation is to reduce the risk of insolvencies in the construction industry. In our view, this tension makes the call for Federally-enacted uniform SOP legislation all the more persuasive.

Despite the recent Murray Review, we are no closer to such legislation.

In the meantime, we would not be surprised to see an application for special leave to the High Court in Seymour Whyte given the significance of the issues it addresses, and await further developments with interest.

For further information please contact the author of this briefing: 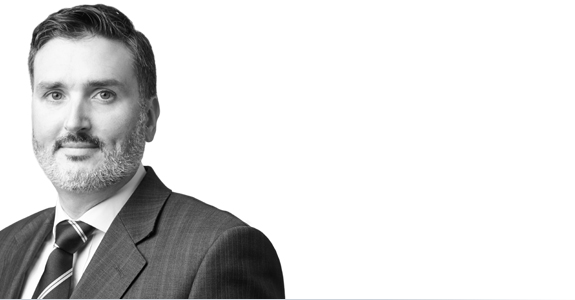