New EU disclosure requirement for resources companies - is there light at the end of the tunnel?

Will your company be affected by the new EU disclosure requirement in relation to transparency?

If your company is engaged in the extraction of natural resources, such as oil, gas, mining and logging, then it might be subject to the new EU regulations on transparency and disclosure requirements. This new set of regulations requires extractive and logging companies to disclose their financial information, particularly in relation to any payment made to governments.

The European Parliament recently approved a new set of regulations requiring extractive companies to release certain financial information, particularly in relation to any payments made to governments.

The introduction of these new disclosure requirements is driven by the prevalence of corruption and lack of transparency in the majority of resource-rich countries. Dealing with governments and controversial leaders in order to acquire assets tainted with allegations of bribery and corruption has long been part of the extractive business in these countries. Persistent government failure and low level regulation appear to be major constraints to the effective implementation of anti-corruption measures in many resource-rich developing countries. Encouraging transparency is, therefore, crucial for tackling poor governance and corruption in these countries.

Alongside the enactment of transnational anti-corruption regulations such as the UK Bribery Act 2010 and the US Foreign Corrupt Practices Act 1977, several initiatives have also been introduced to improve transparency in resource-rich countries. The EITI is one such initiative with a focus on promoting and supporting improved governance through full transparency with regards to company payments and government revenues from extractive companies.

The EITI Standard was drawn up by an association of governments, extractive companies, civil societies, investors and international organisations to ensure that all stakeholders apply high standards of transparency and accountability in public life, government operations and business.

The underlying motivation behind the EITI Standard is the view that the more transparent the financial information of the company, the more difficult it is for corrupt officers and government officials to distort the information.

To achieve greater transparency, the EITI Standard requires comprehensive project-by-project reports to be submitted by multi-stakeholder groups (government, industry and civil society). The reports will consist of information regarding the extractive industries, and include:

Based on the EITI Standard and the US Dodd-Frank Act (disclosure and reporting requirements for derivatives and market participants as implemented by the US Securities and Exchange Commission), the European Parliament earlier this year approved the mandatory disclosure requirements for payments made to governments by companies in natural resources sectors.

The mandatory disclosure requirements, which were drawn up by the European Council, are incorporated in (a) the Accounting Directive and (b) the Transparency Directive (the Directives).

Who is subject to the disclosure requirements?

These new disclosure requirements are particularly important for multinational corporations engaging in the oil and gas, mining and logging industries - and those with whom these corporations interact in the global market.

The Transparency Directive applies to all companies listed on stock exchanges regulated by the EU (such as the London and Frankfurt stock exchanges) even if they are incorporated in a third country. The Accounting Directive applies to all listed and large unlisted extractive and logging companies in the European Economic Area (which comprises the 28 Member States of the EU plus Iceland, Liechtenstein and Norway) and public-interest entities. Furthermore, an entity cannot exclude itself from the disclosure requirements by creating a group structure containing multiple layers of entities established within or outside the European Union.

The Directives require that all large corporations or undertakings and all public-interest entities active in the extractive or logging industries prepare and make public on an annual basis a report on payments made to governments. A large undertaking is defined as a business, that on its balance sheet date exceeds two of the three following criteria:

Public-interest entities are to be treated as large undertakings and are defined as limited liability companies that are:

What must be disclosed?

Mirroring the EITI Standard, the Accounting Directive requires the annual reporting of all material payments made on a country and a project basis where those payments have been attributed to a specific project, and where specific payment thresholds are involved. The threshold above which reporting is mandatory is set at €100,000 within a financial year, including a single payment as well as a series of related payments. The types of payments to be reported are as follow:

The Accounting Directive came into effect on 26 June 2013 and The Transparency Directive will enter into force later this year. Member States must adopt laws and regulations which comply with the Directives within two years after entry into force.

How can HFW help?

While Member States still have until 2015 to implement the Directives, it is advisable for affected companies to start to prepare new corporate codes or frameworks for corporate governance to regulate their economic behaviour. Nevertheless, simply having a good corporate governance framework is not enough: the project company should ensure that it can implement the compliance programme and be on top of transparency and disclosure issues.

When entering into a new project, assess carefully the project and the arrangement and check whether disclosure is permitted under local law and the respective contract. Companies who have been engaged in a particular project should consider renegotiating the terms of the contract to establish proper payment procedures and, in any event, ensure that the confidentiality provisions permit disclosures to be made when required by law. 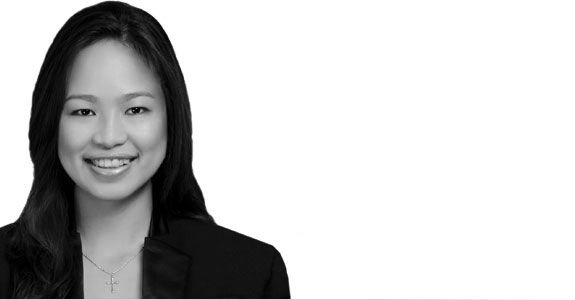