This high interest case establishes the principle that under certain circumstances demurrage can be interrupted earlier than once thought.

Whilst the case is essential reading for those involved in the container trade, it also has wider implications for the shipping industry as a whole.

Before this case, it was generally accepted that a non-breaching party would always have the option to keep a contract alive, and hold its counterpart to the terms of the contract, subject to legitimate interest.

The message from the Court of Appeal is that is not always right.

We expect that there will be a certain amount of contract re-drafting in the wake of this finding, and we are happy to guide clients through this process. Please contact the lead partner in this matter, Richard Merrylees, for more information.

The Receiver of a shipment of containerised cotton failed to take delivery at the discharge port in Bangladesh.

MSC looked to Cottonex as Shipper (and seller of the cotton) to pay demurrage in accordance with the bills of lading.

Cottonex refused to pay - it had been paid for the cotton by the bank under an LC, it no longer had title to either the cotton or the containers and it was not the lawful holder of the bills of lading.

The Bangladeshi customs authorities would not permit anyone to remove the containers while the dispute between the receiver and its bank was ongoing.

The result was an impasse in which the containers remained stuck at the port with no immediate prospect of their return to the Carrier.

MSC claimed that demurrage continued to run for as long as the containers remained unreturned - an accrued debt of more than US$1 million and counting.

It was common ground that the containers themselves were worth no more than about US$100,000.

In February 2015, Leggatt J held that whilst there was no obligation on MSC to mitigate its losses, by exercising its rights under the bills of lading or taking legal action in Bangladesh, once there was no realistic prospect that Cottonex would perform its remaining primary obligations to return the containers, MSC ceased to have any legitimate interest in keeping the contracts of carriage alive in the hope of future performance:

After reviewing and analysing cases such as White & Carter2 and Aquafaith3 Leggatt J held as follows:

“In these circumstances I conclude that the Carrier had no legitimate interest in keeping the contracts of carriage in force after that date in order to continue claiming demurrage. Its election to do so, and to go on doing so ever since, can in my view properly be described as wholly unreasonable. It is wholly unreasonable because the Carrier has not been keeping the contracts alive in order to invoke the demurrage clause for a proper purpose but in order, in effect, to seek to generate an unending stream of free income.”

In coming to its conclusion, the court identified the “increasing recognition in the common law world of the need for good faith in contractual dealings”. In effect, “a contractual discretion must be exercised in good faith for the purpose for which it was conferred, and must not be exercised arbitrarily, capriciously or unreasonably”.

MSC persisted with its primary position that Cottonex’s obligation to re-deliver the containers continues indefinitely, and so does their liability to pay demurrage.

Not so, said the Court of Appeal agreeing with Leggatt J.

The Court of Appeal held that accruing demurrage had come to an end quite some time ago – but disagreed with Leggatt J as to when this was and the rationale for so finding.

When was Cottonex in repudiatory breach of the contract?

Failing to return the containers within the stipulated time was no doubt a breach of contract, but it was not immediately a repudiatory breach. It was common ground that the delay in returning the containers amounted to a repudiatory breach only when the delay was such as to “render performance of the remaining obligations under the contract of carriage radically different from those which the parties had originally undertaken, or (where the delay was continuing) whether it would be regarded by a reasonable person in the position of the parties as being likely to last that long”.

Disagreeing with Leggatt J that this point had come by September 2011, when Cottonex told MSC they had no title to the goods or possession of the bills of lading, the Court of Appeal held that this point came later, in February 2012 when MSC offered to sell the containers to Cottonex as “the clearest indication that the commercial purpose of the adventure had by then become frustrated”.

What were the consequences of Cottonex’s repudiatory breach?

A repudiatory breach of contract does not automatically discharge the parties from performance of their remaining obligations – what it does is gives the innocent party a choice between treating those obligations as discharged and affirming the contract in order to wait to see whether the guilty party does actually perform when the time comes.

The Court of Appeal agreed with Leggatt J that, “had it been open to the carrier to affirm the contract I should have agreed with the judge that it had no legitimate interest in continuing to insist on performance by the shipper of its remaining obligations under the contracts”.

However, Moore-Bick LJ went on to say: “I do not think that the option of affirming the contracts remained open to the carrier once the adventure had become frustrated, because at that point further performance became impossible, just as it would if the shipper or those for whom it was responsible had caused the containers to be destroyed”.

There may be a question mark over whether the contract is terminated or whether the innocent party is simply prevented from enforcing it. No doubt the full implications of the decision will need to be worked out in future cases.

This is quite a departure from, or perhaps development of, the law.

The Court of Appeal also commented on Leggatt J’s identification of the “increasing recognition in the common law world of the need for good faith in contractual dealings”.

In bringing a rather abrupt halt to its development, the Court of Appeal commented that there “a real danger that if a general principle of good faith were established, it will be invoked as often to undermine as to support the terms in which the parties have reached agreement. The danger is not dissimilar to that posed by too liberal an approach to construction against which the Supreme Court warned…”

The adoption or expanse of a broader principle of good faith has therefore been halted in its tracks and certainly has significant and clearer boundaries.

Cottonex were represented by HFW (Richard Merrylees and Emily Sweeney). 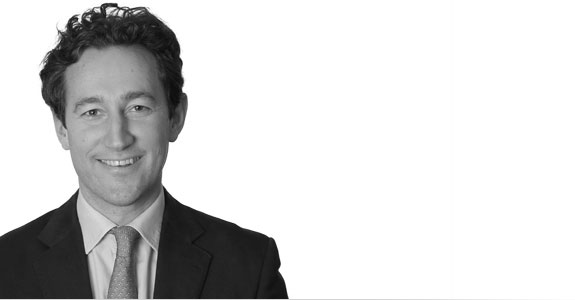