MOSCOW STARS: Sale of a cargo under a Charterparty lien, November 2017

The Court in Dainford Navigation Inc v PDVSA Petroleo SA1 considered an application pursuant to section 44 of the Arbitration Act 1996 (the Act) for the sale of a crude oil cargo onboard the “MOSCOW STARS” that was the subject of a charterparty lien exercised by Owners in respect of sums outstanding under the Charterparty. This is the first judgment handed down by the Commercial Court on a defended application for the sale of a cargo under lien.

HFW represented the successful Owners of the “MOSCOW STARS”. The HFW team comprised of Rory Butler, Louise Lazarou and Richard Alam. Counsel were Michael Coburn QC and Rupert Hamilton, both of 20 Essex Street.

The cargo was loaded on board the “MOSCOW STARS” (the Vessel) by Charterers on 14 October 2016 pursuant to a time charter. At that stage, there was an outstanding balance of several million US dollars payable by Charterers. Owners gave notice of exercise of a contractual lien over the cargo on 18 October 2016 when the Vessel was off the intended discharge port. The Vessel later sailed to Bullen Bay, Curaçao in accordance with Charterers’ orders and remained there ever since. Hire continued to accrue during the exercise of the lien and, while some payments were made by Charterers in December 2016 and January 2017, it was common ground that they were insufficient to clear the arrears. No payments had been made since then.

Owners commenced arbitration proceedings against Charterers, claiming outstanding hire and other outstanding sums amounting to millions of dollars. On 13 December 2016 Owners obtained permission from the Tribunal to apply to the Court for an order for sale of the cargo pursuant to section 44(2)(d) of the Arbitration Act 1996.

On 21 December 2016 Owners arrested the cargo on board the Vessel, with the leave of the Curaçao court. Further cargo arrests were effected by companies within Owners’ group of companies in respect of their claims against Charterers under a number of other charterparties.

On 5 May 2017 Owners issued their cargo sale application in the High Court.

At the time of the hearing of Owners’ application in the Court in August 2017, the cargo was subject to a contractual lien being exercised by Owners for hire and other sums due under the charter, as well as being subject to arrest at the suit of Owners and 11 other companies in the same group, who also had similar claims under different charters.

Owners argued that the cargo should be sold in order for the Vessel to be redelivered with Owners’ and the 11 other companies’ security rights over the cargo being transferred onto the sale proceeds pending resolution of the arbitration proceedings.

Charterers argued that the application should be dismissed on the basis that: (1) the cargo was not the “subject” of the arbitral proceedings; (2) any power to sell could only be exercised within the scope of CPR 25.1(c)(v), and the cargo was neither perishable nor was there any other good reason why it should be sold quickly; and (3) it would be inappropriate in all the circumstances to exercise any power of sale.

The Court rejected all of Charterers’ arguments and ordered the sale of the cargo.

Was the cargo “the subject of the proceedings”?

In the absence of any relevant authorities as a matter of English law in relation to contested applications for the sale of cargoes under lien pursuant to the Act, the Court considered Five Ocean Corporation v Cingler Ship Pte Ltd2, a judgment of the Singapore Court, which held that the Court had the power to order the sale of a cargo because the cargo was “the subject matter of the proceedings” as a lien had been exercised to secure claims for freight which were being determined in arbitration.

The arbitration dispute between the parties gave rise to a difficulty which made it necessary to invoke the assistance of the Court. The difficulty was that, until that dispute is resolved, and the entitlement or otherwise of Owners to their claims is established, nobody could say what should happen to the cargo. Owners were exercising a lien, but could not enforce a claim against the cargo until an award was issued. Charterers could not obtain delivery of the cargo without a decision by the arbitrators that there was no obligation to pay hire. Even if the arbitration is not “about” the cargo, it would certainly determine what would happen to the cargo, which cannot be determined until the arbitrators produced their award. There was therefore a sufficient nexus between the cargo and the arbitral proceedings in circumstances where a contractual lien is being exercised over Charterers’ goods as security for a claim which is being advanced in arbitration. That does not depend on whether there is formally a claim in the arbitration for a declaration that Owners were entitled to exercise such a lien, although Owners made such a claim. It is sufficient that the lien is being exercised in support of the arbitral claim and that, as a result, there is an impasse between the parties pending issue of an award. The goods were therefore “the subject of the proceedings”.

Discretion to order the sale of the cargo

It remained to be considered whether, as a matter of discretion, the power to order a sale should be exercised by the Court. In exercising that discretion, one factor which needs to be taken into account is that the order would deprive Charterers’ of ownership of goods against their will in circumstances where the Owners’ claims had not yet been established. The power which the Court has in an arbitration case, as explained in section 44(1) of the Act is “the same power ... as it has for the purposes of and in relation to legal proceedings”. The relevant power in relation to legal proceedings is contained in CPR 25.1. It is the power to make an order for “the sale of relevant property which is of a perishable nature or which for any other good reason it is desirable to sell quickly”. “Relevant property” is defined as “property (including land) which is the subject of a claim or as to which any question may arise on a claim”.

So far as Charterers’ second and third arguments were concerned the Court held that there was good reason to order a sale under the circumstances and that the Court should exercise its discretion to order the sale. The cargo had already been on board the Vessel for over nine months at the time that the hearing in the Court took place in August 2017 and, in the absence of an order for sale of the cargo, would remain there for many months to come. That would be the position, even if Owners were successful in obtaining an arbitration award in the near feature as enforcement of the awards in Curacao would take some months and there was unchallenged evidence that Charterers intended to resist enforcement. That prejudiced Owners, who were not receiving hire, were having to incur the expense of operating the Vessel, and were faced with approaching deadlines to comply with SOLAS and Class requirements. If the cargo were sold, the goods would be effectively turned into money for the benefit of all parties and Owners would be free to employ their Vessel in other employment.

Who should effect the sale?

Having determined that section 44 of the Act was satisfied and there was good reason to order the sale in accordance with CPR 25.1, the only remaining issue to be resolved was who should effect the sale. Charterers argued that they should effect the sale as offered in an open letter sent to the Claimant the day before the hearing with funds to be paid into escrow. The Court considered that this letter reflected the fact that the Charterers recognised that sale of the cargo was inevitable and the offer was an attempt to keep control of the sale. Given Charterers’ previous resistance to a sale of its cargo, the Court considered that allowing Charterers to sell involved a substantial risk that the situation would drag on indefinitely. The Court, therefore, exercised its discretion in favour of the sale by Owners on Owners’ proposed terms.

Why is this of interest?

This is the first contested cargo sale application to come before the Commercial Court. The judgment is of interest as it sets out in detail when a cargo will be held to be the subject of the proceedings for the purpose of the Arbitration Act where a charterparty lien is being exercised. It also offers an insight into the criteria that the Court will consider in deciding whether to exercise its discretion to order the sale of a cargo under lien.

A charterparty lien can be turned into cash pursuant to s. 44 of the Arbitration Act and CPR 25.1 if good reason for the sale of a liened cargo can be shown. While a sale order may be granted by the Court in respect of a claim secured by a lien, it is noteworthy that the Court in this judgment also accepted that the eleven other companies’, within Owners’ group, foreign law cargo arrests should be preserved by transferring the arrests over the cargo to the sale proceeds.

It should, however, be noted that it is key to ascertain who owns a cargo before exercising a contractual lien. If the subject of the lien is a debtor’s property (such as Charterers’ cargo) a sale order may be available under the right circumstances.

It is, unclear, though, whether the Court would order the sale of a cargo under lien owned by a party other than Charterers.

This judgment will be welcomed by Owners as it gives some comfort that a charterparty lien can be converted into cash in the right circumstances. 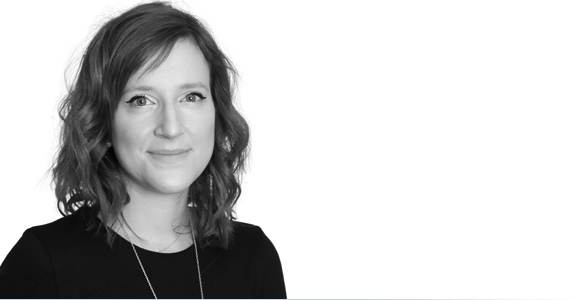