The Lloyd’s Standard Form of Salvage Agreement has existed in various iterations for over 100 years, with the earliest published form appearing in 1892. The form has been amended and simplified over the years to keep up with developments in the industry but the principles behind the contract have remained the same: to provide a simple and flexible legal framework for a Contractor to provide salvage services to property in danger.

The latest genesis of the contract has been produced following extensive discussions with various stakeholders in the industry including: the leading salvage companies, the International Salvage Union, insurers, arbitrators and the Admiralty Solicitors Group.

The changes in LOF 2020 do not appear to be significant in the first instance, however, the changes that have been agreed seek to address some specific concerns that have been raised by those who regularly use LOF.

In the rest of this article, we highlight the key changes that have been made to the contract and the implications that it will have for regular users of LOF. For ease of reference, a link to a marked up copy of the contract highlighting the amendments is provided at the end of this article, reproduced with the kind permission of the Lloyd’s Salvage Arbitration Branch.

The biggest change is probably the departure from the separation of the Lloyd’s Standard Salvage and Arbitration (LSSA) Clauses, Procedural Rules and Fixed Cost Arbitration Procedure. These have now been merged into a single document, the Lloyd’s Salvage Arbitration Clauses 2020 (LSAC), which combines the old clauses and rules so that everything is in one place. This addresses a common complaint from salved property interests (usually individual cargo interests who are unfamiliar with the old LOF contracts and their constitution) that it was difficult to “navigate”.

The language in Clause H of the LOF has been amended to make it clear when the services are deemed to have been performed. Further commentary and a recent example of the operation of Clause H (albeit that the services were provided under LOF 2011) can be found in the recent decision in the “SAM LION”. The award and appeal set out in some detail the law in relation to when a vessel can be considered as being “in a safe condition in the place of safety”. Subscribers to the Lloyd’s Salvage Arbitration Branch website can download a copy of the award and reasons1.

The contract incorporates the ad hoc requirement that was implemented by the Lloyd’s Salvage Arbitration Branch for the Contractors to notify and provide a copy of “… any agreement that amends or varies the provisions or terms of this Agreement…”. This formalises the position in relation to side letters and any other form of agreement that seeks to circumvent the usual mechanics for determining the salvage remuneration due to the Contractors under the contract, i.e. in accordance with Article 13 of the Salvage Convention. For example, concern had been expressed that in certain circumstances the effect of such side letters could potentially prejudice the P&I Club’s position in relation to any SCOPIC claim, or otherwise operate to the detriment of cargo interests. The intention is to improve the transparency of the LOF procedure and allow the LOF Panel of Arbitrators to review these agreements and consider their enforceability.

The overriding objectives (which in our view are often forgotten or overlooked) maintain their prominence and are now located in Clause 2 of the LSAC.

Clause 4 – Provisions as to Security, Maritime Lien and Right to Arrest

These key provisions which are regularly relied upon by the Contractors have kept their position in the LSAC at Clause 4. These have been largely unamended, recognising the way in which the provisions have worked successfully since their last revision. However, subtle changes have been made to Clause 4.5 which specifies the form and format of security that should be provided by a salved property interest. Clause 4.5 requires that security shall be provided to the Council of Lloyd’s (via the Lloyd’s Salvage Arbitration Branch), that it is in a form approved by the Council of Lloyd’s and “… by person[s,] firms or corporations acceptable to the Council or acceptable to the Contractors”. There is no longer the requirement for the guarantor to be resident in the United Kingdom, which reflects the increasingly international nature of the marine insurance market. This does not however preclude the Contractors from stipulating their own requirements for guarantors in accordance with Clause 4.5(iii) which permits them to determine whether or not the identity of a particular guarantor is “… acceptable to
the Contractor…”.

This now provides an entitlement for the arbitrators and/or appeal arbitrators to seek security for their “… reasonable fees and expenses …” which mirrors the position of the Contractors to ensure that they are adequately secured.

The arbitrators’ powers are conferred to them by virtue of the provisions in the Arbitration Act 1996 and any subsequent amendment to this legislation. Clause 6.2 sets out the additional powers that the arbitrators have at their disposal (bearing in mind the Clause 2 – Overriding Objectives) in addition to those contained in the Arbitration Act 1996. The Clause provides a non-exhaustive list and gives arbitrators wide discretion to “… conduct the arbitration in such a manner in all respects as he may think fit subject to the LSAC 2020 Clauses…”.

Any decision by the arbitrators in relation to the costs and expenses incurred by a Contractor in seeking and obtaining security, enforcing or protecting a salvage lien and securing the payment of fees and expenses of the Lloyd’s Salvage Arbitration Branch and the arbitrators, remains part of the arbitrators’ absolute discretion under Clause 6.3 of the LSAC.

The powers of the appeal arbitrators have been moved from the ‘old’ LSSA Clause 10 to the end of LSAC Clause 6 so that all the relevant provisions are in one place.

This Clause has remained largely unamended save that under Clause 7.4, an owner of salved cargo is deemed to have received notice of the hearing and any relevant correspondence if the Contractor provides such notice or correspondence to the guarantor. This provision reflects the increasing costs faced by a Contractor when dealing with large container vessels with many hundreds or even thousands of cargo interests.

This is where the ‘old’ Procedural Rules are now located within the LSAC. The amendments to these provisions are minimal.

This Clause has had a substantial overhaul and the ‘old’ LSSA Clauses 13, 14 and 15 have now been merged into one new clause. The old clauses set out a pragmatic framework for dealing with unrepresented container cargo, whereby an agreement between the Contractors and a large majority of represented cargo interests would be considered binding on all remaining cargo interests (subject to the arbitrator’s approval).

LSAC Clause 14 now applies to all salved cargo, and is no longer limited to container cargo. However, it provides that the arbitrator will have increased discretion over the process, allowing them to give such agreements as much weight as they may consider appropriate in assessing the salvage award against owners of unrepresented cargo.

The broadening of the provisions and the arbitrators’ discretion to evaluate any commercial settlements that may have been reached with other represented interests is a welcome development. This will hopefully allow matters to be concluded in a more cost effective manner and reduce the expense that is often incurred by the Contractors in dealing with the minority of unrepresented interests who fail to engage in the arbitral process.

The Fixed Cost Arbitration Procedure (FCAP) is now fully incorporated into LSAC, and is set out in Clause 15. FCAP has a wide application with the aim to cut costs of arbitral proceedings for smaller claims, and the LSAC provide for slightly amended thresholds. The procedure may now be ordered by an arbitrator where a security demand is less than US$2 million, or where the factual issues are likely to be straightforward.

The FCAP includes a variety of measures to simplify arbitrations and to reduce costs, such as (i) joint bundles not exceeding 100 pages; (ii) submissions capped at 4,000 words; (iii) fixed charges for arbitrators’ fees; and (iv) less detailed reasons for an award.

Finally, Clause 19 of the LSAC introduces a special right to terminate salvage services for the Contractors in narrow and limited circumstances. The clause is intended to cover circumstances where the Owners of a vessel have decided to terminate their obligations to pay SCOPIC (in accordance with Clause 9(i) of the SCOPIC Clause) but the Contractors are then unable to exercise their own right to terminate SCOPIC due to the Owners’ failure to provide increased security under Clause 4(ii) of SCOPIC.

In these circumstances, the Contractors could find themselves on site and prevented from demobilising and without any ability to seek additional security for their SCOPIC claim, which would be inherently unjust.

In such circumstances, the Contractors may seek an Order from the arbitrators that they are no longer bound by the terms of the LOF and that the LOF shall be deemed terminated. This is without prejudice to their rights to recover any sums due under their SCOPIC claim and the Contractors’ (reasonable) costs of demobilisation and any sums due by way of an Article 13 award from the salved property interests.

The amendments to the contract and revisions set out in LOF 2020 are a welcome development. Hopefully, the changes will simplify the arbitration procedure and will go some way to restore the confidence in the contract. Whether the changes precipitate an increase in the number of LOFs that are agreed will have to be seen.

LOF 2020 is published on the Lloyd’s website2 effective from 1 January 2020. Thanks go to the Lloyd’s Salvage Arbitration Branch for their kind permission to use the marked up contract.

Alternatively, please contact the Lloyd’s Salvage Arbitration Branch here or by the details below: 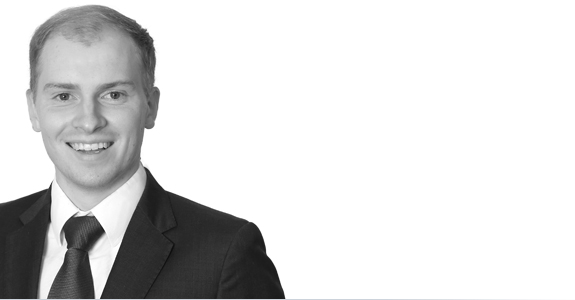