The French legislator acted on stem criticism of its failure to fight against corruption by adopting the Sapin II Law, enacted on 9 December 2016. This sets out an innovative criminal sanction, the ‘compliance programme’, and introduces the Judicial Public Interest Agreement (CJIP) into France’s punitive system.

The CJIP settlement is modelled on American and UK Deferred Prosecution Agreements (DPA), and amounts to a contractualisation of punitive justice, which insurers must take into account.

What is the purpose of a CJIP?

Under new Article 41-1-2 of the French Criminal Code, prior to public prosecution the French Public Prosecutor can offer the legal entity being questioned on charges of corruption, influence peddling or other offences the option to enter into a CJIP, which will put an end to criminal proceedings.

This option may also be offered during the criminal investigation into the case, provided that the legal entity admits the facts and accepts the criminal implications thereof.

Which obligations will the CJIP contain?

The legal entity may be asked to comply with one or more of the following obligations:

Approval and consequences of the CJIP

Pursuant to the prosecutor’s application setting out a detailed statement of the facts of the case, as well as the legal consequences thereof, the presiding judge of the Court of First Instance will, following a public hearing, decide whether to approve the proposed agreement.

The law stipulates that only legal entities are covered by the CJIP.

Given that the purpose of directors and officers (D&O) liability insurance is to cover directors’ and officers’ liability alone, in theory the CJIP should not interfere with this.

Yet the fact remains that even if directors and officers are excluded from the agreement, the law nevertheless states that “legal representatives of the legal entity being questioned are still liable in their capacity as individuals”, and that in any case whilst the CJIP brings the public prosecution to an end “does not affect the rights of victims to seek damages”.

In other words, after the CJIP has been concluded, and published on the website of the French Anti-Corruption Agency together with an approval order, directors and officers are still at risk of civil court actions or even criminal court prosecutions.

The scope for defending themselves will be extremely limited, as the legal entity would have, in the case of a CJIP during the criminal investigation stage, already admitted the offence and its criminal status, or at the very least accepted a proposal based on an application under which the offence has been set out in detail by the Public Prosecution Service.

Therefore, directors and officers, plus their insurers, risk being in a situation in which it is impossible to construct a defence which is consistent with that of the legal entity. The possibility of legal entities sacrificing their directors and officers to avoid a conviction and an entry in the register of criminal offenders, and to be able to tender for public procurement contracts, cannot be ruled out.

If the prosecutor’s proposal to enter into a CJIP can be considered a claim under the policy, the Sapin II Law is also likely to impact on civil liability insurers covering legal entities.

Firstly, entering into a CJIP will not block unidentified victims from coming forward to seek damages. Therefore, the policyholder must be aware that a CJIP should be planned in accordance with the provisions of Article L. 124-2 of the French Insurance Code1 and the policy terms.

Secondly, the wording of the law may well revive the debate on whether fines can be covered under an insurance policy.

The text of the law refers to a “public interest fine”, with the rapporteur having specified that it is “not appropriate to refer to a “criminal” fine”.

Insurance cover for “civil or administrative” fines is contested by some insurers on the grounds that it would go against public policy (Article 6 of the French Civil Code). The same companies also argue that an insurer cannot release the convicted party from the burden of the fine without infringing upon the principle of the individual nature of the penalties (121-1 French Criminal Code), and that in any case criminal and administrative penalties are comparable.

Finally, the reference to the individual nature of the penalties or comparability of criminal and administrative penalties assumes that the public interest fine is a penalty. However, under the criminal settlement introduced by Article L 173-12 of the French Environmental Code, which includes a settlement fine, the Constitutional Court has specified that “the measures agreed in the settlement shall not be deemed to be sanctions constituting punishment” (no. 2014-416).

In other words, one might argue that the public interest fine is used in a system which is distinct from sanctions or civil or administrative fines.

As matters stand, currently it could be assumed that the first CJIP offers2 will create some problems for directors and officers and for D&O insurers. As for third party liability insurers who do not wish to be exposed to having to pay administrative fines, and subject to their policy terms, they would be well-advised to formally exclude any financial consequences of a CJIP or public interest fines from their cover, with a buyback for compensation of identified victims.

For more information, please contact Pierre-Olivier Leblanc, Partner on +33 1 44 94 40 50 or pierre-olivier-leblanc@hfw.com, or your usual contact at HFW. 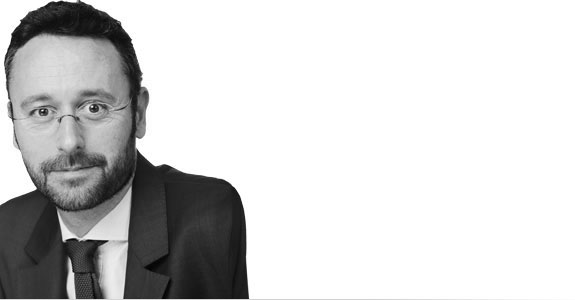