It’ll all come out in the wash: how construction adjudications are like a front-loading washing machine, April 2016

Front loading washing machines are magnificent inventions. They are more efficient and faster than the old school top-loaders. However, once the cycle has started the door locks (ostensibly to avoid leaks) so if you have forgotten to put that errant sock in the wash you better be prepared to either walk around with only one sock or wear flip flops until the next load.

Similarly, once the processes under the Construction Contracts Act 2004 (WA) (CCA) (and the corresponding security of payment legislation in other jurisdictions) are underway they cannot be stopped until time has expired or a decision has been made. Two recent cases in the Western Australian State Administrative Appeals Tribunal (SAT) demonstrate the point by reference to disputes about identity of the relevant payment claim.

The recent SAT decisions in BGC Contracting Pty Ltd and Ralmana Pty Ltd2 and Leevilla Pty Ltd and Doric Contractors Pty Ltd3 provide further guidance to construction industry participants as to what will and will not be a payment claim and what the consequences will be for overlooking the time at which a payment dispute first arose.

On 3 December 2014 BGC wrote to Ralmana advising of its intention to apply a set-off under the contract in relation to amounts it claimed Ralmana owed it in relation to the works being performed by Ralmana. However, BGC’s did not make an express claim for the payment of money.4 Nonetheless, Ralmana responded on 5 December 2015 setting out reasons why it said BGC was not entitled to apply the set-off. In fact the set-off referred to in the December letter was not applied by BGC until 6 March 2015 when BGC sent Ralmana an invoice for payment under the set-off regime under the contract.

The tribunal held that the language of BGC’s December letter was prospective and merely telegraphed that BGC intended to make a set-off claim in the future, but that no claim was actually being made in that letter. It was important to the tribunal’s finding that the December letter did not demand or seek payment and that it was couched in non-conclusive expressions such as “may be set off”.5 Thus it was not a payment claim and the adjudication application had been made within time. Accordingly, the tribunal remitted the matter to the adjudicator to make a determination on the merits.6

On 10 October 2012 Doric Contractors Pty Ltd (Doric) entered into a subcontract with Leevilla Pty Ltd (Leevilla) to undertake epoxy floor works at the Jimblebar Mine Site.

On 24 June 2013 Leevilla issued a tax invoice for payment of AUS$54,400. Doric did not pay and Leevilla took no further action in relation to the outstanding invoice.7

On 21 August 2013 Doric, in a typical “wash up” situation issued a document headed “Final Account” to Levilla in which it claimed AUS$51,961.43 by way of negative variations. The final account stated that the sum of the negative variations and an additional amount of AUS$40,538.57 (in relation to retention and deliverables) would be retained by Doric until practical completion and final completion.8 The parties took no further steps in relation to the final account.

On 17 January 2014 Leevilla’s lawyers wrote to Doric claiming an amount of AUS$47,649.99 on account of negative variations which ought to be reversed.9 However, no further action was taken by either party until 27 January 2015 (over a year later) when Leevilla issued a further tax invoice in relation to the same claims mentioned in the 17 January 2014 letter. Doric rejected that claim on 3 February 2015.10 An adjudication application ensued which was dismissed for being out of time.11 Leevilla applied to the tribunal for review of the decision to dismiss. The resolution of the application turned on an identification of the date at which a payment dispute arose.12

In the case of the claim by Leevilla, the tribunal found that the right to adjudication expired in mid-September 2013 at the latest so the application as well out of time.13

As to the set-off claim by Doric, the tribunal found that the final account was a payment claim under the CCA and accordingly, the time to make an adjudication application expired in or around mid-October 2013.14

Leevilla sought to overcome the delay by arguing that the parties had been engaged in on-going negotiations. While that may well have been the case (although there was no evidence to substantiate the allegation) the tribunal found that the facts were such that the time for making adjudication applications had long since past.15

How will this effect me?

While the tribunal in BGC v Ralmana did not refer to Kenneth Martin J’s reasoning in Delemere v Green regarding the attempt there to re-characterise a claim for an entitlement to claim a variation as a payment claim16 in substance the reasoning is identical and highlights the fact that the CCA will not bite in relation to every claim to an entitlement under a construction contract. What is clearly required is a claim for the actual payment of money under a construction contract.

However, once a payment claim has been made time will run regardless of the other facts. Thus, Leevilla v Doric serves as a salutary reminder to not lose sight of the strict statutory adjudication timelines which will expire even where you are engaged in negotiations with your counterpart. Of course, you should always consider the consequences of launching an adjudication process in the midst of negotiations as it may have the undesired effect of steeling the resolve of your opposition and ending the negotiation. It will always be a difficult election but a decision that, nonetheless, must be made.

The upshot is, if you are intending to claim money from your opposition but want to keep the negotiation going make sure you don’t actually make a claim (whether oral or in writing)17 otherwise time will run and you may just miss your chance to adjudicate. Hopefully, you have clean socks on when you go to tell the boss! 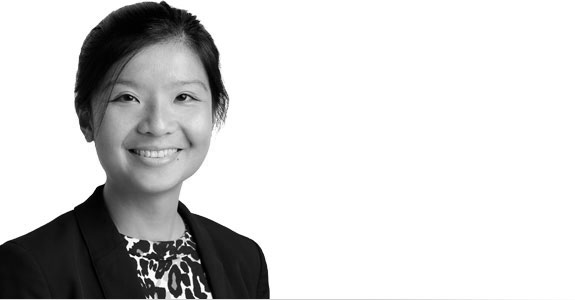