Is negative interest payable under the Credit Support Annex to an ISDA Master Agreement?

In the State of the Netherlands v Deutsche Bank AG1, the Court of Appeal has confirmed that on its true construction, the Credit Support Annex (CSA) to an ISDA Master Agreement does not provide for the payment of negative interest.

The State of the Netherlands (the "State") and Deutsche Bank AG (the "Bank") entered into an ISDA Master Agreement and CSA in 2001.  The CSA was amended in 2010.

Under the CSA, the Bank was to provide credit support to the State (by paying Delivery Amounts) if the Credit Support Balance, as defined in the CSA, was no longer equal to the Bank's net exposure to the State, less a defined threshold.  The parties had amended the CSA so that the State did not have an equivalent obligation to provide credit support to the Bank (which would have been by payment of Return Amounts).

Paragraph 5(c)(ii) of the CSA provided that interest on the Bank's collateral was payable by the State "to the extent that a Delivery Amount would not be created or increased by the transfer".  It was a one-way payment obligation.

The State had a net credit exposure to the Bank and the Bank accordingly posted collateral, on which interest was payable by the State. From June 2014, the relevant interest rate was negative.

The Arguments and the Decision

The CSA provided that any interest "not transferred pursuant to Paragraph 5(c)(i) or (ii) will form part of the Credit Support Balance". The State argued that this meant the parties would keep a running total of the Credit Support Balance, which could go up or down depending on whether the interest amount was positive or negative. If it was negative, the Bank would then be required to provide credit support by paying a Delivery Amount.

The State pointed to other CSA terms that expressly provided for negative amounts to be replaced by zero. It argued that the absence of similar wording in paragraph 5(c)(ii) indicated that the parties should account for negative as well as positive interest, even if the obligation to transfer arose only when the amount was positive.

The Bank argued that taking the CSA as a whole, it was never contemplated or intended that negative interest would accrue or be paid.  If that had been the intention, the CSA would have made clear in paragraph 5(c)(ii) that negative, as well as positive, interest was payable.

The Court of Appeal held that the High Court's reasoning was too simplistic. Nevertheless, it agreed that the CSA cannot be taken to have been referring to negative interest for a number of reasons.

In coming to its decision, the Court accepted that each party's interpretation of the CSA was an available meaning of the words used, despite being "two starkly contrasting interpretations".

The Court confirmed it had looked at the contract as a whole, interpreted rival meanings in such a way as to maintain consistency with business common sense, and considered the quality of drafting, in line with the approach to contractual interpretation adopted by the Supreme Court in Wood v Capita2 and Rainy Sky v Kookmin Bank3.

Paragraph 5(c)(ii) covered only positive interest.  This was "certainly the most obvious place to find a reference to negative interest". The absence of such reference was "a powerful indicator that it was not contemplated to be payable", and as such was akin to a situation where a post-contractual event takes place which is "plainly not intended or contemplated by the parties – or in this case the market".

Unusually, as well as considering relevant pre-contractual market documentation as part of the factual matrix, the Court also looked at post-contractual documents – whilst acknowledging this would not normally be possible - because they were published close to the relevant time and showed "ISDA's thinking at or around the time of the CSA".

It was significant that ISDA had published a User Guide in 1999 that did not refer to negative interest rates, even in a section dedicated to interest.  ISDA produced various pieces of guidance to market participants in 2010, soon after the amended CSA was signed, which did relate to negative interest. It published a Collateral Agreement Negative Interest Protocol in May 2014. This Protocol enabled parties to amend their CSAs to provide for the payment of negative interest and suggested appropriate amendments. The parties here did not make any amendments to their CSA.

It is helpful to have this clear and reasoned decision from the Court of Appeal.  The message for parties who want to provide for the payment of negative interest is also clear: do so expressly, using the 2014 Protocol.

For more information, please contact the author of this briefing: 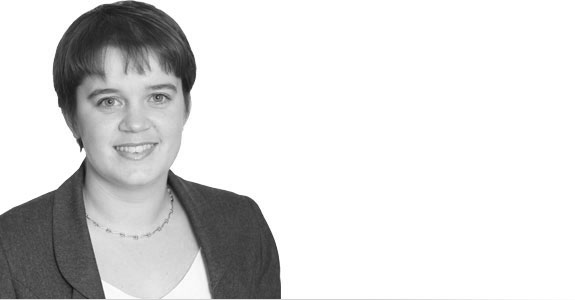