Given the increase in insurance disputes in the Kingdom of Saudi Arabia, it is time to circle around with the dispute mechanisms in the Kingdom. Unlike certain Common law jurisdictions, KSA has a dispute procedure which is given over specifically to insurance: the Insurance Disputes Committee (the IDC).

The IDC was established in 2003 under the Law on Supervision of Cooperative Insurance Companies issued by Royal Decree no. (M/32) dated (02/06/1424H) (the Law). The Law established Primary Committees (i.e. the IDC) and the Appeal Committees.

Each IDC consists of three experts, the head of which must be a legal consultant, with the other two being from an insurance or banking background. The Appeal Committee must have not less than three specialised insurance members. The Appeal Committee’s role is to consider appeals but limits its consideration to examining cases where the amount involved is in excess of SAR 50,000. Unlike other Dispute committees, there is no interaction with the Courts i.e. decisions of the IDC (or the Appeal Committee) are final.

The IDC’s jurisdiction and appeals:

The IDC hears claims on all disputes and violations related to insurance. The IDC’s jurisdiction covers disputes arising from insurance policies, disputes between insurance companies and reinsurance companies, insurance service providers, violations of the regulatory and supervisory instructions of SAMA, and (unlike the IDC in the UAE) subrogation claims. In other words, anything to do with insurance in the KSA.

There are three primary IDC jurisdictions: Riyadh, Jeddah and Dammam. These committees have the jurisdiction to hear disputes occurring in the regions of each city. The General Secretariat may, upon the request of the claimant (if it is a natural person) refer the claim to any other IDC which has no territorial jurisdiction over the case, provided that the claim has not been considered by the territorially competent IDC. Where the defendant is a corporate entity the IDC will hear the case where the entity resides.

Under KSA law, there is no commercial or civil code which sets out an all-embracing theory of insurance/contract law. Contracts (including those of insurance) are always first interpreted in accordance with Sharia law. If there is a conflict between a contractual clause and Sharia then Sharia will apply. An overriding principle of Sharia law is that the contract is the law of the parties which means, generally, that the parties to a contract (including of insurance) are free to agree the terms and such terms will be legally binding so long as they are not contradictory to provisions of Sharia law. All terms are expected to be set out in the contract and very few terms are ever implied.

In that regard, the IDC when hearing a matter governed by KSA law will apply the principles of Sharia law, and in particular the principles of fairness, and seek to achieve a balance between the two. The fairness principle is implied in all dealings. In addition, as with other civil law countries (and even more so in KSA) there is no system of binding precedent or “case law” as there is in common law countries.

That being said, although these clauses are expressly recognised in KSA law, in our experience the IDC will disapprove of a party seeking to place excessive reliance on these clauses as, again, the IDC will seek to balance reliance on limitation clauses with the principles of fairness. The IDC is likely to disregard any terms that are seen as inequitable or unfair on one of the parties. Further, under general principles of Sharia law, parties cannot waive, exclude or limit rights until such rights have accrued.

However, where the law does not address the underlying facts, the IDC can settle claims in accordance with the nature of the dispute, applicable rules and as agreed upon according to the law, comparative jurisprudence and international practices adopted in the insurance industry. The latter issues are important. If KSA or Sharia Law does not address the particular circumstances, the parties can look to other jurisdictions e.g. common law jurisdictions such as English, Australian, Canadian or US law.

Article (7) of the Law stipulates that all types of evidence can be used before the IDCs, including electronic and computer data, telephone recordings, fax correspondence, emails and SMS messages. Perhaps, more importantly, the Regulations imply that the IDCs can determine their own procedures e.g. unlike Civil Code jurisdictions, the IDCs can hear oral evidence and advocacy if they so wish.

Judgments of IDCs are (generally) published and whilst not binding on other IDCs are of persuasive authority.

Finally, IDCs have the powers to award “all legal expenses”. This differentiates the IDC from Courts in the GCC where minimal expenses are recoverable. Naturally, such provisions do make parties think twice about pursuing frivolous claims if there is the potential for an adverse costs order. 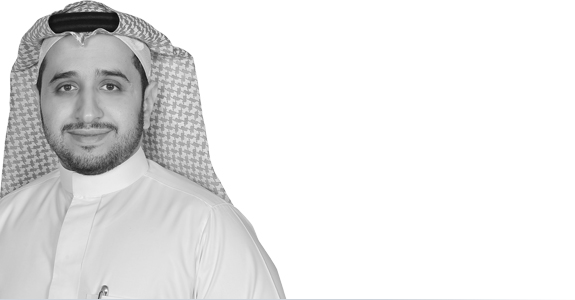