With more than 100 trillion cubic feet of recoverable natural gas in the East Mediterranean Sea, the Levant Basin is a new attractive area for the oil and gas industry. In particular in Lebanon, the Government is actively committed to developing the oil and gas sector and has gained some momentum in its work to exploit the reserves. In 2012, the Lebanese Petroleum Administration (LPA) was established as a regulatory body in charge of managing the petroleum sector and putting in place the petroleum activities regulations required to launch the first Lebanese offshore licensing round.

After a first pre-qualification process launched by the LPA in 2013, and more than three-year delay period due to internal political deadlock, the Lebanese Council of Ministers eventually approved, on 4 January 2017, two crucial decrees to the completion of the first licensing round. After a new round which closed on 31 March 2017, eight new international oil and gas companies prequalified, bringing the total number of prequalified companies, including those accepted in 2013 and which still meet the pre-qualification criteria, to 53 including 13 operators.

The offshore oil and gas regime in Lebanon is governed by Law No. 132/2010 dated 24 August 2010 known as the Offshore Petroleum Resources Law (OPRL).

The OPRL applies to upstream and downstream activities (the “Petroleum Activities”) within territorial waters, waters of the Exclusive Economic Zone (EEZ) and the Lebanese continental shelf.

The OPRL governs petroleum reconnaissance, exploration, appraisal, production and exploitation, laying of pipelines, transportation (excluding transportation in bulk, by vessel or vehicle) and the development of facilities as well as the cessation of such activities and the decommissioning of facilities.

The OPRL grants exclusive ownership of petroleum resources and their management to the Lebanese State.

The PAR, governed by Decree No. 10289 dated 30 April 2013, provides legal, technical, commercial and QHSE regulations to conducting Petroleum Activities in Lebanon including legal representation of the Right Holder, management system, general duties of the Operator and the Right Holder, strategic environmental assessment study, exploration and production rights, petroleum production and transportation, cessation of petroleum activities and decommissioning of facilities, local content provisions and prevention of corruption.

Decree No. 42 delineating the EEZ into ten blocks and delimiting their coordinates and Decree No. 43 setting the Tender Protocol (TP) and the model of the Exploration and Production Agreements (EPA) to be signed between the Lebanese Government and the successful bidders, dated 19 January 2017 supplement the OPRL and the PAR.

The OPRL provides for the following types of petroleum rights depending on the activities to be undertaken by the Right Holder:

Rights and obligations obtained through a petroleum right shall only be transferred or assigned in whole or in part to a company qualified under the OPRL after having obtained the approval of the Council of Ministers. An assignment of shareholding which provide decisive control of a company processing a participating interest in a petroleum right shall be subject to the same rules. Transfer of Right Holder ownership or right of use of a Facility shall only take place after the Council of Minister approval.

The OPRL adopted a hybrid system combining profit sharing with royalty system, implemented through an EPA. The EPA is a contract between the State and at least three companies - the Right Holders - providing these companies with the exclusive right to carry out Petroleum Activities in the contract area, and awarded in a competitive bidding process. One of the Rights Holders shall be the Operator, responsible for carrying out day-to-day activities, although all Right Holders are jointly and severally liable for their obligations.

The EPA defines the rights and obligations of the Right Holders between themselves and toward the State including provisions relating to:

There has been an ongoing debate in Lebanon over whether a National Oil Company should be established or not. The OPRL, adopting a very prudent approach, grants the Council of Ministers the right to establish a NOC once the existence of promising commercial opportunities has been confirmed.

Prequalified companies are now invited to submit their bids on the five open blocks by 15 September 2017. The evaluation of the bids and the signature of the EPA will follow on the 15 November 2017 after a two-month period for negotiation. Bids will be evaluated by the LPA based on technical (30%) and commercial (70%) criteria. Given the success of the second pre-qualification round, companies shall now keep up to date and anticipate next steps, non only in the upstream sector but also in the midstream and downstream industry. 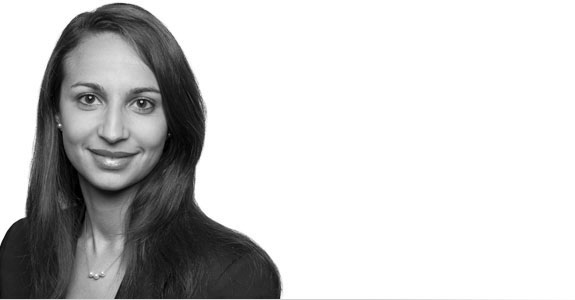