The FOSFA Rules of Arbitration and Appeal (the Rules) have been revised to simplify the time limits for bringing claims; to provide for a three person tribunal where a sole arbitrator is not selected; and to introduce a requirement for payment of a deposit. The revised rules will affect contracts incorporating the FOSFA terms entered into on or after 1 April 2018.

FOSFA has introduced a number of changes to its Rules that, on the whole, simplify the arbitration process. The revised Rules make it easier to determine the relevant time limits when commencing arbitration. Additionally, they introduce a three person tribunal at the first tier (where the parties have not appointed a sole arbitrator) and a deposit requirement.

The revised Rules will apply to disputes arising from contracts incorporating the Rules and entered into on or after 1 April 2018.

While the time limits for starting an arbitration still depend on the type of claim, FOSFA has reduced the number of categories of claim to which different time limits apply. The distinction between claims for condition and/or quality and other claims remains. However, the time limits within these categories have been simplified. Claims for monies due are now included within the broader category of non-quality/condition claims.

Claims for quality and/or condition

There is no longer a distinction between claims that are and claims that are not supported by certificate(s) of contractual analysis. Instead, the time limit is now 90 days from the completion of discharge (in the case of C&F, CIF and CIFFO contracts) and 90 days from the completion of delivery (in the case of FOB, ex-tank, ex-mill and ex-store contracts) (Rule 1(a)).

Significantly, the distinction between claims in relation to goods and claims for monies due has now been removed. Where once parties had to wrestle with categorising their claim and risk being time-barred by virtue of mis-categorisation, the revised Rules simply prescribe a time limit of 120 days for all non-quality/condition claims (Rule 1(b)).  In C&F, CIF and CIFFO contracts, time begins to run from the expiry of the contract period for shipment or date of completion of final discharge, whichever is later.  In FOB, ex-tank, ex-mill and ex-store contracts, it runs from the expiry of the contract period for delivery of the goods.

This change will reduce time and costs spent trying to ascertain the nature of the claim and may reduce the likelihood of claimants missing time limits.  Claimants will no longer have to try to ascertain whether and when a dispute arose for a monies due claim.

Respondents were previously obliged to notify the claimant and FOSFA of the name of their arbitrator within 7 days of receipt of the notice of claim for quality and condition claims.  This time limit is now 30 days for all claims (Rule 1(c)).

In respect of other claims, submissions should be provided by each party without delay (Rule 4(b)).

This should make life easier for claimants in quality and/or condition claims, who were previously expected to serve their submissions within 10 days of the claim for arbitration.

Out with the umpire

The system of appointing two arbitrators with an umpire if necessary has been changed: each party still appoints an arbitrator but FOSFA will now appoint a third arbitrator who will act as the chair of the tribunal.  The parties are still free to agree to appoint a sole arbitrator if they choose.

It is now mandatory for the claimant to provide a deposit on account of fees, costs and expenses within 30 days of appointment of the sole arbitrator or the third arbitrator, as applicable (Rule 1(f)). The arbitrator(s) also have the discretion to require either or both parties to provide a further deposit (Rule 4(f)).

Where a party chooses to appeal the decision of the first tier tribunal, it must pay FOSFA a deposit no later than 7 days after receipt of the notice of appeal (Rule 7(b)).

The most significant change in the Rules is the simplification of time limits for starting arbitrations. This will improve certainty and reduce the scope for disputes over whether a claimant has complied with the Rules. 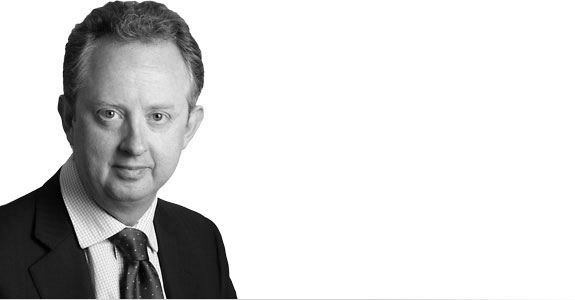